Accessibility links
Dianna Douglas Dianna Douglas has produced NPR's signature news pieces from across the nation and around the world. 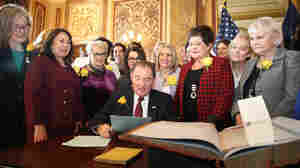 Power Of The Past: Retelling Utah's Suffragist History To Empower Modern Women

February 14, 2020 • Women in Utah became the first in America to vote under an equal suffrage law on Feb. 14, 1870. There are celebrations, but it means confronting the state's uncomfortable polygamy history, too.

Power Of The Past: Retelling Utah's Suffragist History To Empower Modern Women 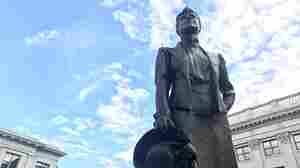 August 12, 2018 • Utah plans to send a statue of suffragette and senator Martha Hughes Cannon to represent the state in the U.S. Capitol. It's a subtle approach to changing perceptions of women in Utah. 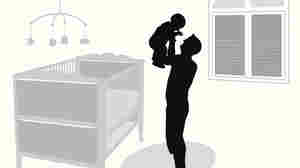 February 8, 2016 • Social scientists see long-term benefits to new dads spending a few months caring for a baby. But these studies won't nudge fathers to take leave if they still see a work culture that frowns on it. 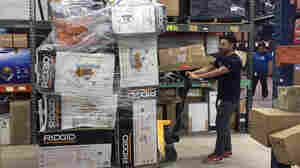 An employee drags a palette of recently returned goods through the Optoro warehouse so they can be processed. Dianna Douglas/NPR hide caption

January 1, 2016 • Returns of toys and gadgets add up to more than $260 billion every year. Optoro, a startup in Maryland, tries to reduce the cost to retailers, and the cost to the environment. 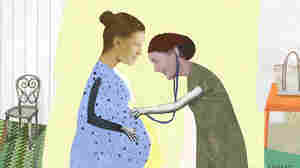 July 13, 2015 • The British medical system says healthy women with normal pregnancies should give birth at home or in a midwife-led facility. But 99 percent of babies in the U.S. are born in hospitals.

June 12, 2015 • Dallas rescinded its 5-cent fee on plastic bags five months after it went into effect. Plastic bag manufactures had sued the city. A dozen other towns in Texas still restrict plastic bags. 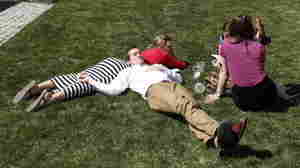 There may be fewer skirts sighted outside Mormon churches in Salt Lake City this Sunday. George Frey/Getty Images hide caption

December 14, 2012 • Sunday morning could see a pants revolution at church, at least if you're Mormon. A group of women in The Church of Jesus Christ of Latter-day Saints is inviting all sisters to shed their skirts and dresses, and wear slacks or pantsuits in an attempt to change the conservative dress code.

September 9, 2010 • A record number of people lined up in Washington D.C. last month to get a small discount on their gas and electric bills. The spike in need comes at a time when the federal program that pays to help keep the poor warm in the winter and cool in the summer is nearly out of money.

July 8, 2010 • Despite a new, more generous GI Bill, plenty of veterans have paid for college with little or no help from the government. Because the new measure isn't retroactive, these vets are mostly digging out of college debt on their own. One group is trying to help veterans pay off their student loans and get on with their lives.

October 17, 2009 • People all over America, including journalists, get seduced every day by NASCAR, and its heady mix of fast cars, enraptured children, burning rubber, and blood sport. Stock car racing has plenty of haters, but no one, it seems, is a hater after actually going. No one, that is, except radio producers who miss the cars spinning out and slamming into walls because they're scowling at recording equipment, trying to record 120 dB while not permanently damaging their hearing.

March 28, 2009 • The Los Barrios Unidos Community Health Center will receive a $1.3 million grant as part of the massive federal stimulus package. The money will open the first and only community health clinic in Grand Prairie, Texas, a town near Dallas.

December 27, 2007 • At GOP headquarters in Des Moines, Iowa, the phone rings off the hook. Iowa's caucuses are next week, and calls are coming from people wanting to participate, comment or just rant. Calls have even come from Canada, where people are apparently watching election closely.

September 4, 2007 • Fertilizer giant Scotts sues TerraCycle, a small company in New Jersey, for false advertising that sells fertilizers made from worm droppings. Farmers and gardeners have long used worm droppings but now they're sold by mass marketers alongside chemical fertilizers.

June 26, 2006 • Cleveland artist Viktor Schreckengost turns 100 today. He is being honored by 100 museums across the country for his work in industrial design, pottery, dinnerware, toys, sculpture and watercolors.

January 18, 2006 • The National Football League is sending the New Orleans Saints home next season. Crews are working furiously to make the Superdome ready by autumn. However, people in New Orleans may be reluctant to come back to the site of so much chaos and suffering in the wake of Hurricane Katrina.