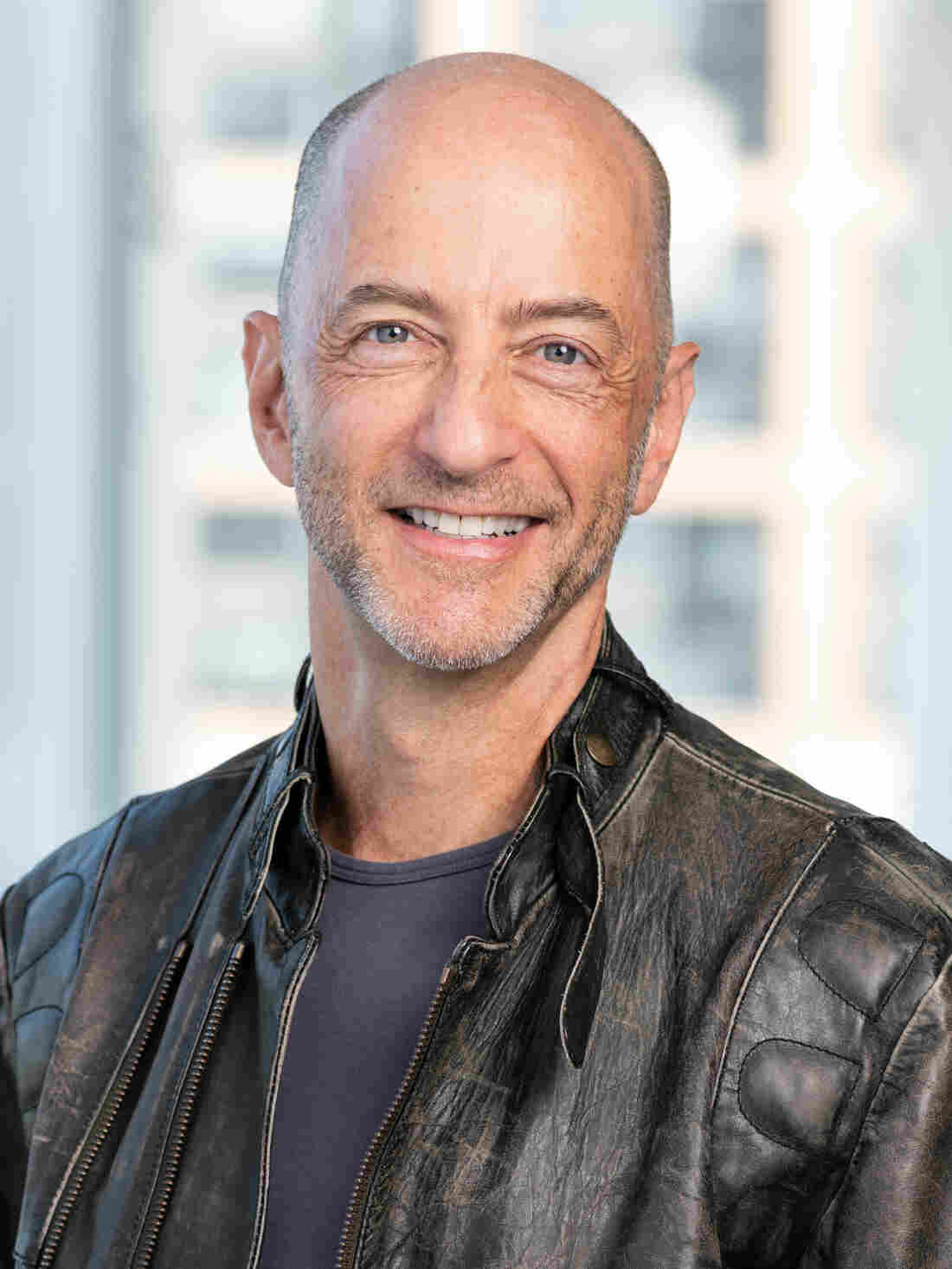 Jerome Socolovsky is the Audio Storytelling Specialist for NPR Training. He has been a reporter and editor for more than two decades, mostly overseas. Socolovsky filed stories for NPR on bullfighting, bullet trains, the Madrid bombings and much more from Spain between 2002 and 2010. He has also been a foreign and international justice correspondent for The Associated Press, religion reporter for the Voice of America and editor-in-chief of Religion News Service. He won the Religion News Association's TV reporting award in 2013 and 2014 and an honorable mention from the Association of International Broadcasters in 2011. Socolovsky speaks five languages in addition to his native Spanish and English. He holds a bachelor's degree in mechanical engineering from the University of Pennsylvania, and graduate degrees from Hebrew University and the Harvard Kennedy School. He's also a sculler and a home DIY nut. 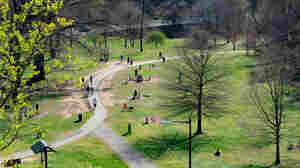 People enjoy the Rock Creek Park in March in Washington, DC. While many Americans are following social distancing guidelines, others are not, and that worries people concerned about the spread of the coronavirus. Alex Edelman/AFP via Getty Images hide caption

April 28, 2020 • Some people stand too close, or jog without masks, or go so far in their defiance as to throw "coronavirus parties." What should you do if you see people who are not maintaining social distance? 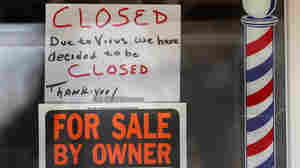 "For Sale By Owner" and "Closed Due to Virus" signs are displayed in a storefront in Grosse Pointe Woods, Mich. on April 2, 2020. The coronavirus has triggered a stunning collapse in the U.S. workforce. Paul Sancya/AP hide caption

How To Help The People Who (Used To) Help You

April 19, 2020 • Social distancing has people doing more of their own cooking and cleaning and getting family to cut their hair. That's left domestic workers, waiters, hair stylists and many others out of work. 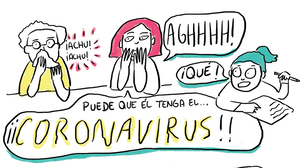 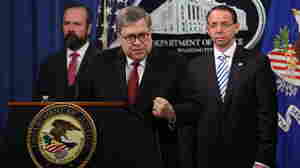 April 18, 2019 • The 448-page document, released Thursday after nearly two years of investigation, depicts a president distraught by the special counsel's inquiry — and aides thwarting his attempts to stop it. 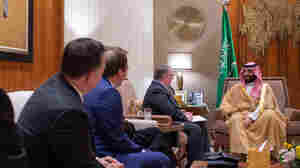 January 2, 2019 • Evangelical leaders say their trips to the Middle East are about promoting religious freedom in the region, but critics say the true motives are rooted in "end times" theology. 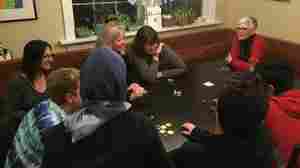 Tilko, a refugee from Iraq (at center with her back to the camera), at a Hanukkah celebration on Dec. 4 with the Jewish volunteers who helped her resettle in America. Jerome Socolovsky/NPR hide caption

December 27, 2018 • A gunman killed 11 worshippers at a synagogue because it supports a Jewish aid group that resettles refugees in the U.S. But volunteers refuse to be deterred. "That is who we are," says one. 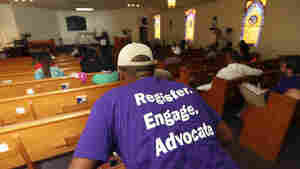 Faith-based groups from both sides of the political spectrum are working to inspire voters for the midterms. A man listens as Black Voters Matter co-founder LaTosha Brown speaks at a church as part of The South Rising Tour, aimed at getting more voters to the polls. John Bazemore/AP hide caption

October 8, 2018 • President Trump has asked his evangelical supporters to help stop Democrats from taking control of Congress, but religious progressives are also getting people to the polls.

Encore: Many Look To Buddhism For Sanctuary From An Over-Connected World

July 23, 2018 • The amount of time people spend on digital devices is soaring — to the point that several countries treat internet addiction as a public health crisis. But some users are turning to ancient religious practices to be more mindful of their time online.

Encore: Many Look To Buddhism For Sanctuary From An Over-Connected World 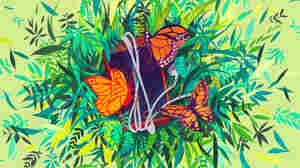 One recent study estimated that Americans are spending nearly six hours a day on their connected devices. Add television to that and the total rises to nearly 10 hours. Deborah Lee/NPR hide caption

July 7, 2018 • Some users are turning to Buddhism and other religions to have a more mindful experience online. By being tethered to your devices, one monk says, "you will waste your whole precious time."

January 19, 2010 • Most countries in the European Union offer universal health coverage for their citizens. And when citizens of one EU country travels to or lives in another EU country, they also are covered. Now Spain says that rule is making it a victim of "Health Tourism" as more northern Europeans choose to retire to its Mediterranean coast.

January 4, 2010 • Hundreds of mayors and other officials across Spain are being investigated for bribery and influence peddling. But experts say that for anything to really change, any new law would have to rein in the nearly dictatorial powers that many Spanish mayors still enjoy.

El Gordo: You Have To Play To Win

December 22, 2009 • Unemployment has reached nearly 20 percent in Spain, and the rate is nearly twice that among young workers. The government's economic policies don't seem to be doing much good. But Spaniards haven't lost all hope. That's because in theory, any of them could win El Gordo — the world's biggest lottery, known as "The Fat One."

El Gordo: You Have To Play To Win

December 15, 2009 • A human rights campaigner who supports independence for Western Sahara is at the center of a diplomatic row between Spain and Morocco. Aminatou Haidar was refused entry to Morocco nearly a month ago, and deported to the Spanish Canary Islands, were she began a hunger strike. Doctors say Haidar's life is now in severe danger.

December 10, 2009 • For the last ten years, Spain has said all the right things about controlling its carbon emissions in the face of the looming climate crisis. It has even taken concrete action: A new law demands every new house in Spain must have a solar water heater. The country also has made massive investments in solar power plants, wind farms and public transport. However in the last ten years Spain's carbon footprint has increased by more than 30 percent.

November 24, 2009 • Spanish leaders are scheduled to appear in Parliament Wednesday to defend their handling of the hijacking of a Spanish fishing boat off the coast of Somalia. The hijacking ended last week after Somali pirates reportedly were paid $3.5 million in ransom. Some people are wondering if Spanish fishing boats are in even more danger now.