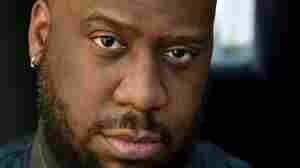 November 21, 2018 • The virtuosic jazz keyboardist joins Stretch & Bobbito for a wide-ranging conversation about his earliest music memories, the first time he met Dr. Dre and why he's trying to get more young people into jazz music. 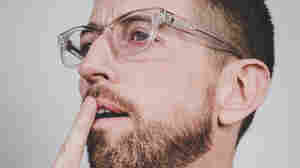 November 14, 2018 • You might not know his name, but if you're a fan of comedy you definitely know his work. Neal Brennan found immense success in his early 20s by co-creating Chappelle's Show and writing the movie Half Baked with fellow comedian Dave Chappelle. But more recently Brennan has been getting back on stage as a stand-up comedian. He joins Stretch and Bob for a conversation about his days as a comedy club doorman in New York, why he's not concerned with PC culture and what to expect from his stand-up tour "Here We Go." 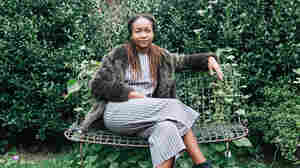 November 7, 2018 • Writer, art activist and cultural curator Kimberly Drew joins Stretch & Bobbito to discuss her earliest art memories, how she found inspiration in Kehinde Wiley's paintings and why working for The Metropolitan Museum of Art was great, but "exhausting." 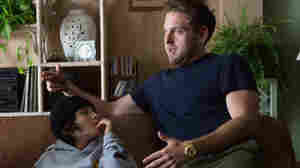 Writer/director Jonah Hill on set with actor Sunny Suljic on the set of 'Mid-90s'. Tobin Yelland/Courtesy A24 hide caption

October 31, 2018 • The writer/director of the film Mid90s joins Stretch & Bobbito for a lively conversation about how hip-hop influenced his life, how he used to collect tapes of their WKCR show, and why seeing LL Cool J in concert at 13 was a little weird. 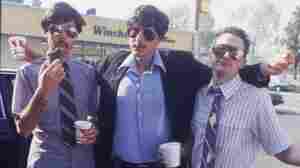 October 24, 2018 • Adam Horovitz (aka Ad-Rock) and Mike Diamond (Mike D) of the hip-hop group Beastie Boys talk about their new book, which is largely a love letter to their late band mate, Adam "MCA" Yauch. Plus they reflect on growing up in 1980s New York City and how they gained respect in hip-hop. 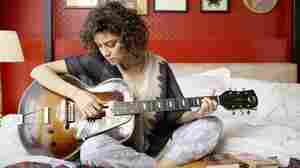 October 17, 2018 • The Guatemalan singer/songwriter joins Stretch & Bobbito to talk about the ups and downs of navigating the music industry as an independent artist and what she's doing to help victims of the Volcán de Fuego disaster in her home country. 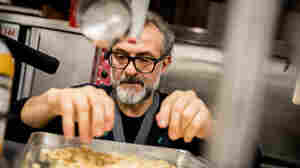 October 10, 2018 • Chef Massimo Bottura's restaurant Osteria Francescana in Modena, Italy currently holds the top spot on the annual list of the world's 50 best restaurants. But his creative and contemporary take on Italian cuisine wasn't always a hit with the locals. Bottura joins Stretch and Bobbito to talk about the early days of his now-famous restaurant, the humble roots of Italian cuisine and how he's using his influence to advocate against food waste and hunger via his non-profit, Food For Soul. Plus, Jon Gray from the Bronx-based food collective Ghetto Gastro calls in to talk about their plans to collaborate on a community kitchen project. 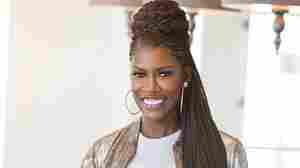 Bozoma Saint John Bridges The Gap Between Culture and Commerce

October 3, 2018 • Pepsi. Apple. Uber. Endeavor. Just a handful of the companies branding guru Bozoma Saint John has already had her hands on. The daughter of a Ghanaian politician raised between the U.S. and Africa, Saint John embodies a worldliness, a confidence and a curiosity that has made her one of the most sought-after marketers working today. She joins Stretch & Bobbito for a lively discussion about her Ghanaian roots, the tough life lessons she learned from Spike Lee and her newest challenge: helping Papa John's Pizza re-brand after a CEO scandal.

Bozoma Saint John Bridges The Gap Between Culture and Commerce 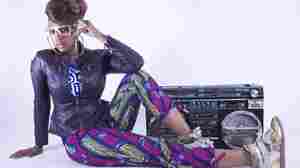 September 26, 2018 • The Grammy-nominated singer/songwriter talks about her Native American heritage, how she learned to rap and what it's like to navigate the music industry as an independent artist. 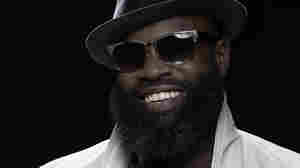 September 19, 2018 • The Roots frontman Black Thought (aka Tariq Trotter) joins Stretch & Bob for an open conversation about his early days in Philly, how childhood trauma motivated him to succeed and the guys uncover his 1994 freestyle from their show at WKCR. 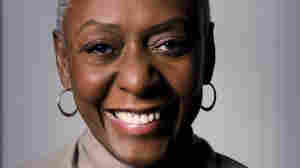 September 12, 2018 • Pioneering model, agent and fashion activist Bethann Hardison talks about sneaking into bars as a child in 1950s Brooklyn, modeling in the historic 1973 Battle of Versailles fashion show and how the industry has evolved in the past 50 years. 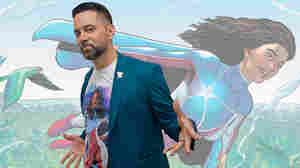 Graphic novelist Edgardo Miranda-Rodriguez is the creator of La Borinqueña, the superheroine and the comic book that bears her name. Courtesy of the artist hide caption

September 5, 2018 • Graphic novelist Edgardo Miranda-Rodriguez joins Stretch & Bob to talk about his comic book series La Borinqueña, Puerto Rican history and how art can be a conduit for activism. 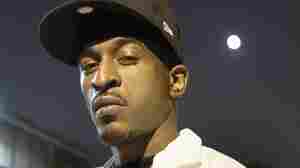 August 29, 2018 • Legendary emcee Rakim joins Stretch and Bobbito for a look at his iconic career and life, including reflections on his Islamic faith, the dissolution of his duo with Eric B., and the patience it takes to craft the perfect rhyme. 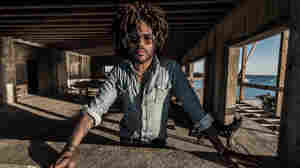 August 22, 2018 • Musician, style icon and guitar hero Lenny Kravitz talks with Stretch & Bobbito about his formative years in New York, his experience growing up as a biracial kid, and that time he shared a stage with Aretha Franklin. 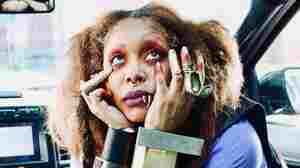 August 15, 2018 • Enigmatic singer/songwriter Erykah Badu joins Stretch & Bobbito for a freewheeling conversation about her daily visit to "the five doctors," how she became a certified doula, her desire to try stand-up comedy and her getting critiqued by Prince.

What's Good with Stretch and Bobbito is back!

August 8, 2018 • The legendary duo Stretch and Bobbito are back for season 2 of What's Good! The first episode launches on Wednesday, August 15th, featuring an interview with Erykah Badu. 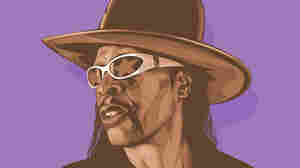 November 1, 2017 • Collins joins the hosts to talk about his new album, how James Brown saved his life, and the right way to funk people up 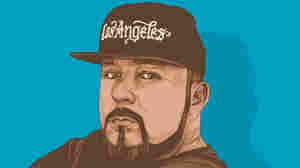 October 25, 2017 • The world famous tattoo and graffiti artist joins the hosts live from Los Angeles to talk about the unique cast of characters that shaped him as an artist, translating his signature style onto Nikes, and what it was like to tattoo Kanye West. 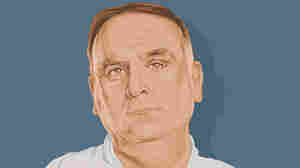 October 23, 2017 • The world-renowned chef joins the hosts for a live taping of What's Good, to talk about immigrating to the U.S., humanitarian work through cooking, and why pineapples are better than steak. 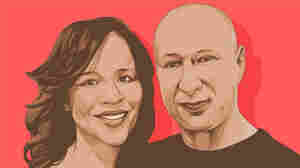 October 11, 2017 • The actress and artist sit down for a live taping of What's Good to talk about the early days of hip-hop, and what it's like teaching singers to dance.

October 4, 2017 • Hill Harper is an author, activist and actor, who recently became a regular on ABC's drama "The Good Doctor". The hosts and Harper talk about justice in America, how playing a cop on TV informs his views on policing, and about playing ball with former president Barack Obama. 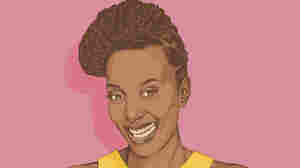 September 27, 2017 • Stretch and Bobbito talk to Franchesca Ramsey about the early days of YouTube, her new Comedy Central pilot, and what she's learned while hosting her own podcast. 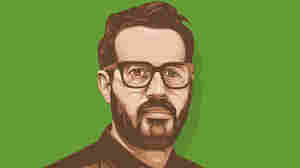 September 20, 2017 • Artist Jose Parla joins the guys to talk about Cuba, taking graffiti seriously as an artform, and the joy of digging up old music. 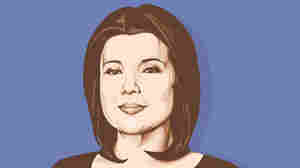 September 13, 2017 • The CNN commentator joins the guys to talk about life as a political refugee, winning shouting matches on cable news, and her patriotic love of peanut butter.