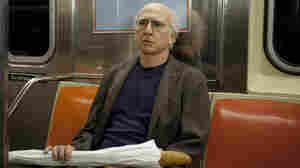 Larry David returned for an eighth season of Curb Your Enthusiasm this year. David Bianculli called his show "one of the funniest and [most] daringly different shows ever made for TV." HBO hide caption