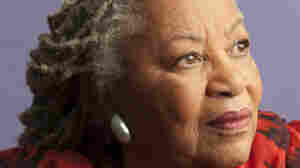 Toni Morrison's novels include Beloved, The Bluest Eye and Song of Solomon. She won the Nobel Prize for literature in 1993. Timothy Greenfield Sanders hide caption