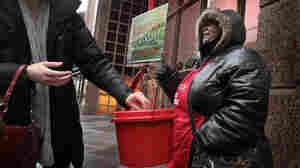 Antionette Levi solicits donations for the Salvation Army Dec. 21 in Chicago. As the season winds down, donations to Chicago-area kettles have been over 10 percent shy of those received last year, but the organization hopes to match last year's record total of $139 million. Scott Olson/Getty Images hide caption 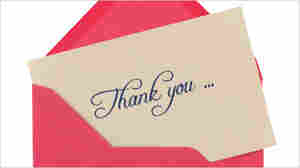 Yum! The Sweet History Of Sweets

Yum! The Sweet History Of Sweets

'The Fruitcake That Ate New Jersey'

'The Fruitcake That Ate New Jersey' 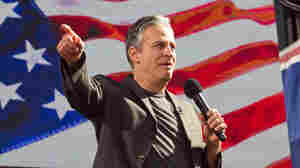 During his Rally To Restore Sanity in October, comedian Jon Stewart told the crowd on the National Mall, "The press can hold its magnifying glass up to our problems." Or, he added, "they can use that magnifying glass to light ants on fire." Paul Morigi/WireImage hide caption

The Value Of Kwanzaa

The Value Of Kwanzaa

Holiday Dinner The Day After

Holiday Dinner The Day After