December 22, 2011 • From monkey tool use and penguin stone-stealing to elephant grief, dolphin communication, and chimpanzee liberation, each of these brief video clips conveys something meaningful about animal behavior. A blind cat's tangle with a Christmas tree adds a seasonal touch.

Flying Reindeer And The Bethlehem Star: When Science And Myth Intersect

December 21, 2011 • Christmas, with flying reindeer and a bright shining star announcing the coming of Jesus is a time when myth and science intersect. Can science explain some of the Christmas myths?

December 11, 2011 • Humans are natural story-tellers, yet too many of us no longer practice the art of listening. Lessons from Africa, offered by the Swedish writer Henning Mankell, urge a reviving of that art.

The Hands Of Leonardo

December 9, 2011 • An exhibition of works of Leonardo da Vinci at the National Gallery in London has something important to teach us about mind and body. Hands figure prominently in an investigation of the human soul.

December 8, 2011 • For people 65 and over, the risk of some form of dementia is significant, and rises with age. When a loved one suffers from dementia, is it possible to feel gratitude, along with the inevitable sadness and frustration? Commentator Barbara J. King says yes. 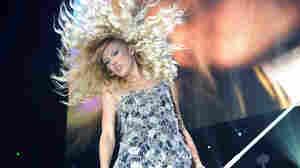 Taylor Swift in New York at Madison Square Garden in December 2009, a year in which she became very familiar with the top of the Billboard charts. Bryan Bedder/Getty Images hide caption

Sex, Love And Evolution: Making Hits On The 'Billboard' Charts

December 1, 2011 • New research in psychology suggests that our favorite popular songs contain more messages about sex and reproduction than do less-favored songs. Is our evolved psyche at work here? Commentator Barbara J. King considers the evidence.

Top 5 Reasons To Give Thanks For Being Primate

November 23, 2011 • With other primates, we humans share everything from a grasping hand to a propensity for cultural tradition to joyful feelings at reuniting with loved ones. 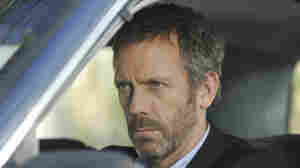 November 16, 2011 • The hit series House can be used as a model for understanding how science works: ongoing testing of hypotheses leads to an explanation.

'Water Me': When Your Plant Messages You

November 13, 2011 • Forgetful about watering that Boston fern? Don't worry, the plant will send a reminder message to your cellphone when it's time. 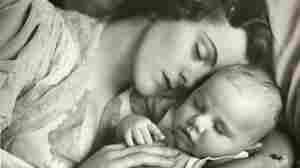 Should Babies Co-Sleep With Their Parents?

November 10, 2011 • A recent infant death has led to renewed questions about the safety of infant-parent co-sleeping. Science suggests that there is no one-size-fits-all best recommendation for families, and that bed-sharing may be safe under certain conditions.

'Hang On, We Think The Birds Are Dying.' William Gibson Interviewed

November 6, 2011 • "Hang On, We Think The birds Are Dying." William Gibson Interviewed 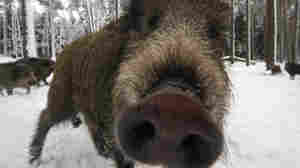 October 27, 2011 • As our planet reaches 7 billion people, paleo-diet gurus say we should dopt the diet of our hunting-and-gathering past in an attempt to get healthy. Is this a scientifically sound perspective? 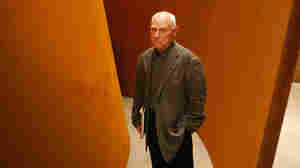 Richard Serra in 2005 with one of his works at the Guggenheim in Bilbao, Spain.

Lost And Found: The Art Of Richard Serra

October 21, 2011 • Reflections on the significance of an exhibition of new work by Richard Serra at Gagosian Gallery in New York.

The Future Of Time In The Digital Age

October 12, 2011 • A new time coming whether we want it or not. We can, in our own way, try and shape this new time into something that just might make our own lives more mindful, more connected and more meaningful. 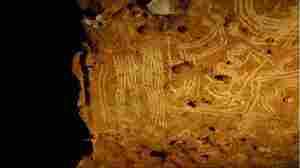 Finger flutings in the Rouffignac cave.

The Child Artists Of Prehistory

October 6, 2011 • Across 13,000 years of human evolution, finger fluting images from a French cave convey to us the actions of prehistoric children. But does our desire to bring those children alive in our imagination tell us as much about ourselves as about our past?