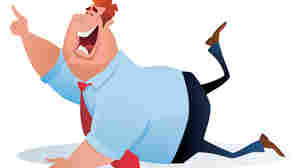 December 30, 2013 • Do science-based jokes exclude the uninformed, or open doors to understanding a mysterious culture? A recent compilation of such in-jokes prompts commentator Tania Lombrozo to take a poke or two at the psychology of humor. 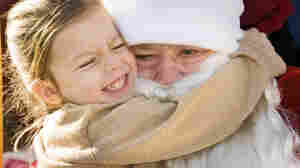 Is propagating the Santa myth a healthy way to extend the magic of childhood, or a recipe for psychological damage and distrust? Brian Mcentire/iStockphoto hide caption

December 23, 2013 • Hoping to incorporate some celebration of science into this year's festivities? Commentator Tania Lombrozo offers three unusual suggestions for spicing up your Christmas holiday. 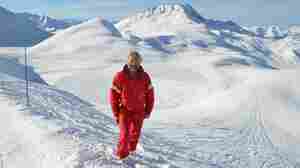 The artist stands above one of his creations. Courtesy of Simon Beck hide caption

December 22, 2013 • The artist Simon Beck creates outsize and beautiful patterns in the snow by walking many miles on snowshoes. 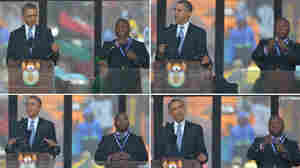 President Barack Obama speaks at Nelson Mandela's memorial service in Johannesburg. Standing to his right, Thamsanqa Jantjie gestures as if he is interpreting the speech for the deaf community. Alexander Joe/AFP/Getty Images hide caption

December 21, 2013 • The case of Thamsanqa Jantjie, the "fake" sign-language interpreter at the Mandela memorial, raises lots of interesting questions, says commentator Alva Noë, including some about our perception of language. 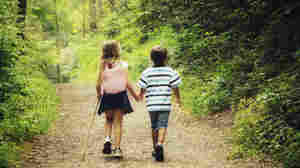 Battling A Sense Of Lost Time

December 11, 2013 • We have a vice: an addiction to screen time and digital linkage. Not a moment is allowed to go by without tapping into some free-flowing source of information. The antidote, says commentator Marcelo Gleiser, is renewal of our links to the natural world. 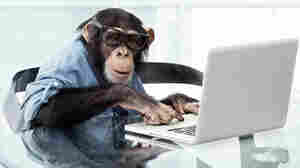 Just give me* some time and I'll get you some copy! (*For the record, this is not actually a monkey; it's a chimpanzee. It's the best we could do, under the circumstances.) Lise Gagne/iStockphoto hide caption

December 10, 2013 • Can a monkey randomly striking keys on a typewriter write Hamlet? It doesn't seem likely. But that hasn't stopped people from trying to bring this idea to life. Watch and find out what they did. 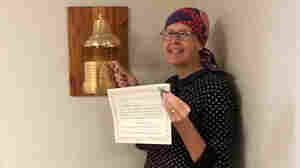 November 28, 2013 • Pure gratitude for the love in our lives is part of a joyous Thanksgiving. Alongside this feeling, commentator and cancer patient Barbara J. King experiences a more complicated species of thankfulness as she rejoices in, and battles fears about, her radiation therapy. 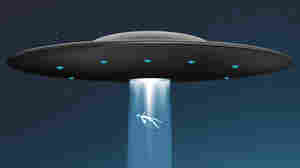 November 27, 2013 • Why, exactly, would aliens who can travel the interstellar void want to physically probe the sex organs of humans, wonders physicist and commentator Marcelo Gleiser as he looks back on the story of Antônio Villas Boas. 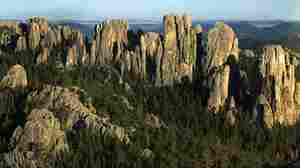 The Cathedral Spires in the Black Hills of South Dakota are just one of innumerable formations across the planet that speak to the Earth's ancient history. K. Scott Jackson/Ohio Water Science Center/USGS hide caption

November 26, 2013 • Feeling a little blue recently, commentator Adam Frank retreated to a hilltop and found something he wasn't looking for: perspective. The breadth of time stretched out before him and opened his eyes to our place in an ongoing story. 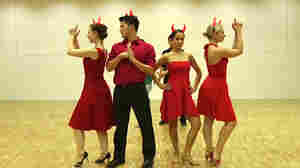 Dancing To The Tune Of Ph.D.

November 25, 2013 • What would you get if you challenged Ph.D. students to explain their work through dance? You'd get this: 31 creative, fun, silly and educational videos. Let's salsa to some serious research! 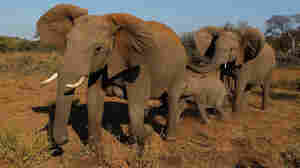 The Ties That Bind Animals And Humans Alike

November 21, 2013 • Animal emotions are increasingly recognized as genuine by scientists. Yet there's still a tendency to consider human relationships, especially outside the biological family, as exceptional. Commentator Barbara J. King challenges this notion. 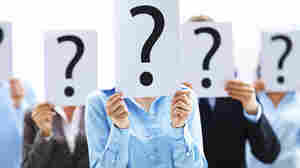 November 11, 2013 • It feels natural to say: "huh?" According to a team of linguists in the Netherlands, this word — huh? — is universal. Commentator Alva Noë wonders if that's really possible. Do universal words exists, words common to every language here on Earth? 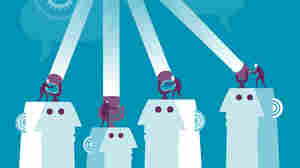 November 4, 2013 • Comments are a great way to engage with readers and expand on a piece. But they can also introduce false information, polarize readers and foster incivility. Tania Lombrozo is ready to talk about how to strike a balance between these two poles; are you? 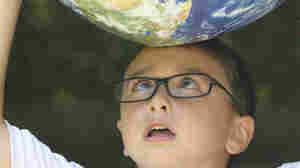 To children the world is a vast experiment, a laboratory of how things interact with one another. iStockphoto.com hide caption

October 30, 2013 • We are a society obsessed with death and dying. It's time we moved the other way and put more of our energy into celebrating life and living. We have a lot to learn from our children here, who are constantly performing grand experiments about the world. Until, that is, we stop them. 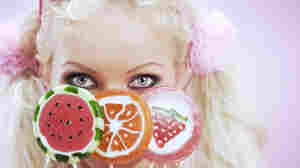 How Real Is The Candy Witch?

October 28, 2013 • Halloween blurs the boundaries between what is real and what is not. Can children keep things straight? Researcher Tania Lombrozo tells the story of the Candy Witch and explains what it says about how children understand the fantastical beings that populate their lives.