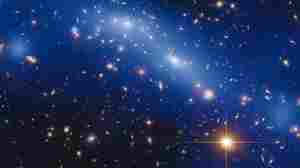 This image shows the galaxy MCS J0416.1–2403, one of six clusters targeted by the Hubble Frontier Fields program. The varying intensity of blue haze in this image is a mass map created by using new Hubble observations combined with the magnifying power of a process known as gravitational lensing. M. Jauzac, J-P. Kneib and the CATS collaboration/ESA/Hubble/NASA hide caption

Mapping The Seen And Unseen

July 29, 2016 • The quest for ever-better cosmic maps continues, including one factoring in dark matter, as we seek to understand the cosmos and our place in it, says guest blogger Priyamvada Natarajan. 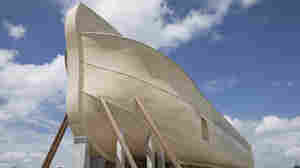 Visitors pass outside the front of a replica Noah's Ark at the Ark Encounter theme park in Williamstown, Ky., in early July. John Minchillo/AP hide caption

July 28, 2016 • As young-Earth creationism and its "humans and dinosaurs co-existed" discourse continues to be popular, anthropologist Barbara J. King takes a look at how to help kids understand evolution. 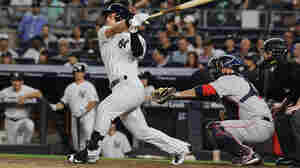 July 27, 2016 • Tribalism is deeply ingrained in our value system — but we can commit to goals without radicalizing them, to support groups without demonizing others, says Marcelo Gleiser. 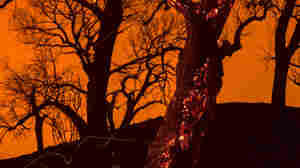 The Remarkable Inconsistency Of Climate Denial

July 26, 2016 • People who benefit from science daily somehow manage to find a place to simultaneously reject it: Whether climate or vaccines, the same contradiction between words and action arises, says Adam Frank. 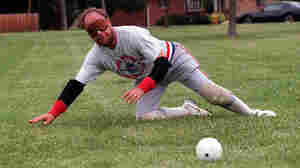 July 22, 2016 • Beep baseball is a game that requires trust, quiet and cooperation between the sighted and the blind. It gives us an opportunity to think about human ability and disability anew, says Alva Noë. 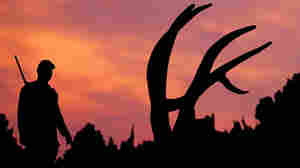 July 21, 2016 • Can a field biologist who hunts and an animal activist who doesn't have a productive conversation about hunting? Anthropologist Barbara J. King decided to find out. 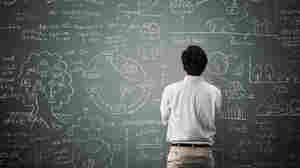 July 18, 2016 • Thomas Kuhn, the well-known physicist, philosopher and historian of science, was born 94 years ago today. Psychologist Tania Lombrozo takes a look at what his "paradigm shift" really means. 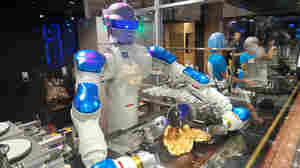 July 15, 2016 • Alva Noë considers the idea that we have entered an era in which our technologies are so complex that they exceed what any of us can really grasp, as suggested in a new book by Samuel Arbesman. 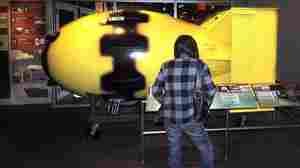 A tourist at the Bradbury Science Museum in Los Alamos, New Mexico, in February examines a full-size replica of the "Fat Man" atomic bomb which was dropped on Nagasaki, Japan, on Aug. 9, 1945. Los Alamos is home to the Los Alamos National Laboratory which was established in 1943 as part of the Manhattan Project. Robert Alexander/Getty Images hide caption

July 13, 2016 • What would happen if the world's countries armed with nuclear weapons engaged in all-out confrontation? Marcelo Gleiser considers this in the first of a series of essays on our collective future. 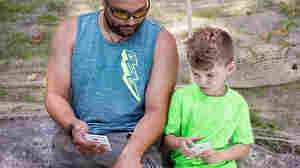 A Letter To Pokémon Go Players From An Ingress Fan

July 12, 2016 • Do you really want to visit parks and monuments this summer with your eyes on an augmented reality game on your smartphone? Barbara J. King says the answer is "yes" — with some qualifications. 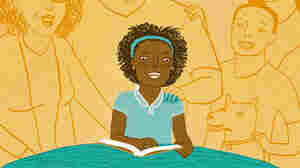 "Self-regulation is about identifying the causes and reducing the intensity of impulses and, when necessary, having the energy to resist," psychologist Stuart Shanker writes in his book, Self-Reg: How to Help Your Child (and You) Break the Stress Cycle and Successfully Engage with Life. LA Johnson/NPR hide caption

July 7, 2016 • If hyper-arousal is a normal state for many children, how can we help our kids learn to be genuinely calm? Anthropologist Barbara J. King explores a new book on self-regulation. 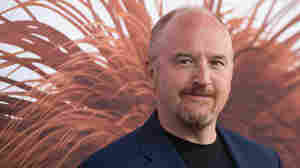 Science And Comedy: Part I

July 5, 2016 • There's a deeper post to be written comparing comedy and science jumping off this bit from Louis C.K. — but since we're coming off a holiday weekend, we'll do this in two parts, says Adam Frank. 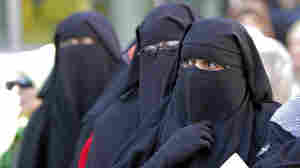 Egyptian women wearing niqab line up outside a polling station in in Giza, Egypt in 2012. Amr Nabil/AP hide caption

Is It Easier To Know The Truth When Distractions Are Removed?

July 4, 2016 • In a newly published study, "witnesses" were randomly assigned to wear the niqab and "jurors" had to decide if they were telling the truth. The findings are surprising, says Alva Noë. 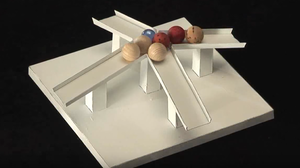 Here's a contest you can vote in — for best illusion of the year. This screenshot shows the illusion that won the contest in 2010. YouTube hide caption

Vote For The Best Illusions Of The Year

June 27, 2016 • Most of us can't vote for the Oscars and couldn't vote in Britain's EU referendum. But many of us love perceptual illusions, so here's a contest you can vote in, says Tania Lombrozo. 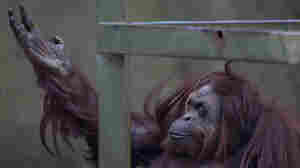 In this Dec. 22, 2014, file photo, Sandra the orangutan sits in her enclosure at Buenos Aires Zoo in Argentina. Natacha Pisarenko/AP hide caption

June 24, 2016 • Are zoos really effective at education and conservation? Anthropologist Barbara J. King offers her top reasons why it's time to rethink the role of zoos.