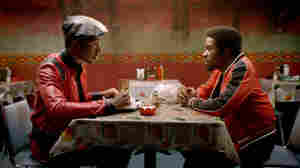 August 30, 2016 • Always new but always building on ground that's already been covered, science and art evolve in similar ways because they are the foundation of culture's imaginative landscape, says Adam Frank. 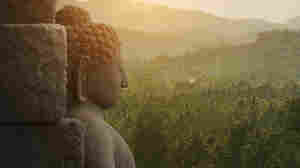 August 28, 2016 • While author Brad Warner's approach to 13th-century Japanese Zen master Eihei Dogen may be unorthodox, its freshness might be exactly what the doctor ordered, says Adam Frank. 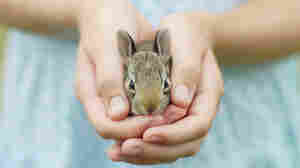 Why Do We Love Some Animals But Eat Others?

August 26, 2016 • Alva Noë explores a new book that considers the complicated relationship between humans and animals by looking at attitudes toward road kill, taxidermy, dead pets and art by animals. 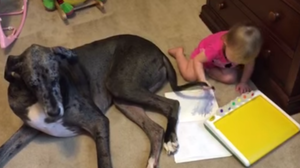 Screenshot from a YouTube video posted on Dec. 8, 2015, by Lance Ellis of a toddler painting with the tail of the family dog. YouTube hide caption

August 25, 2016 • Dog videos on the Internet are fun to discuss and debate — and sometimes, notes anthropologist Barbara J. King, they clue us in to what might be happening in canine minds. 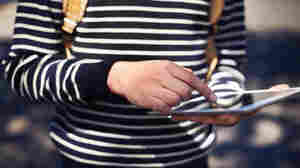 Corporate Ethics In The Era Of Millennials

August 24, 2016 • Although each generation bemoans the faults of those following, it may be time to give millennials credit where credit is due: They are forcing business to do good, says guest blogger Paul A. Argenti. 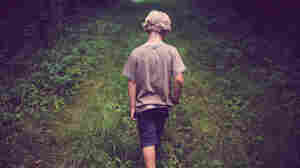 Why Do We Judge Parents For Putting Kids At Perceived — But Unreal — Risk?

August 22, 2016 • Tania Lombrozo looks at research published Monday showing people's factual judgment of how much danger a child is in while a parent is away varies according to the extent of their moral outrage. 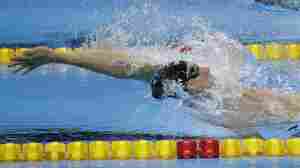 August 19, 2016 • Philosopher Alva Noë ponders gender, considering the idea that males and females are simply different kinds of people — and how hard it can be for a child to tell whether someone is a boy or a girl. 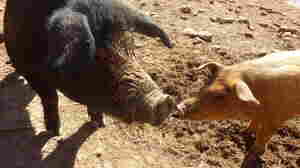 August 18, 2016 • What makes for "authentic" barbecue and bacon? Barbara J. King looks at the anthropology — and the ethics — of pastured pigs. 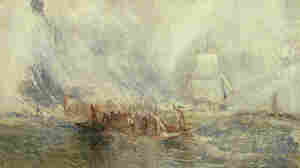 August 12, 2016 • Turner's whaling paintings, recently on display at the Met, do little to convey the detail of the whale's powerful movement or the seas — but what they do create is atmosphere, says Alva Noë. 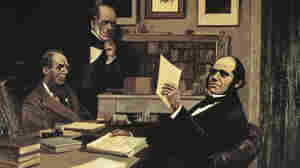 August 11, 2016 • Creationists and scientists alike responded in droves to a commentary by Barbara J. King that stated there's no controversy about teaching evolution. The author takes a look at the heat and the light. 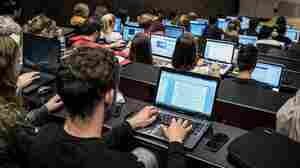 Should Teachers Ask Students To Check Their Devices At The Classroom Door?

August 5, 2016 • Blogger Alva Noë says he doesn't feel that, as an instructor, he has a right to ask students to come to class without technology, "even when I think, even when I know, that it would be a good thing." 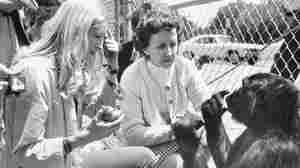 August 4, 2016 • Chosen four decades ago for a sign language research project, gorilla Koko remains caught between ape and human worlds. Barbara J. King takes a look at her life as seen in a new documentary. 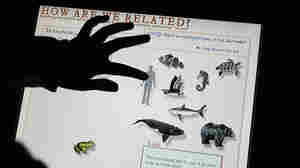 Visitors interact with an exhibit on Charles Darwin at the Field Museum in Chicago, Ill., in June 2007. Getty Images hide caption

The Madness Of Humanity Part 4: Science Vs. Religion

August 3, 2016 • Science is not out there to kill people's faiths: Science is out there to make sense of the world we live in — and when science gets pitched against religion, everyone loses, says Marcelo Gleiser. 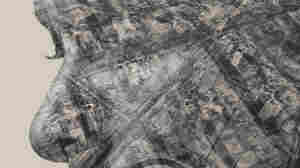 August 2, 2016 • Beyond the fights and the chases in Ramez Naam's Nexus trilogy, it is an opportunity to consider how technology might move some humans beyond humanity, says astrophysicist Adam Frank. 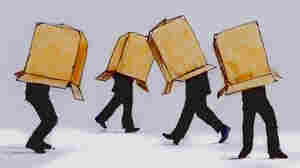 August 1, 2016 • Psychologist Tania Lombrozo looks at a new study finding that we're more critical of arguments offered by others than of those we produce ourselves.