Accessibility links
Sustainable Aliens: A New Theory On Why E.T. Hasn't Arrived : 13.7: Cosmos And Culture There should already be aliens all over the place. But there aren't. What happened?

Sustainable Aliens: A New Theory On Why E.T. Hasn't Arrived

Sustainable Aliens: A New Theory On Why E.T. Hasn't Arrived 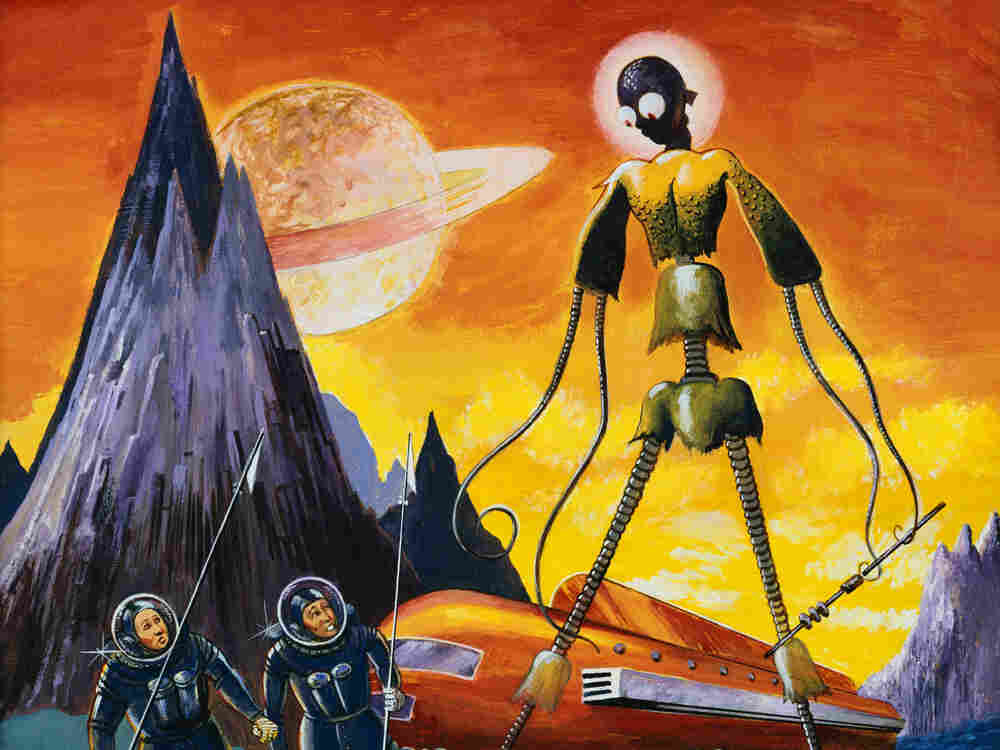 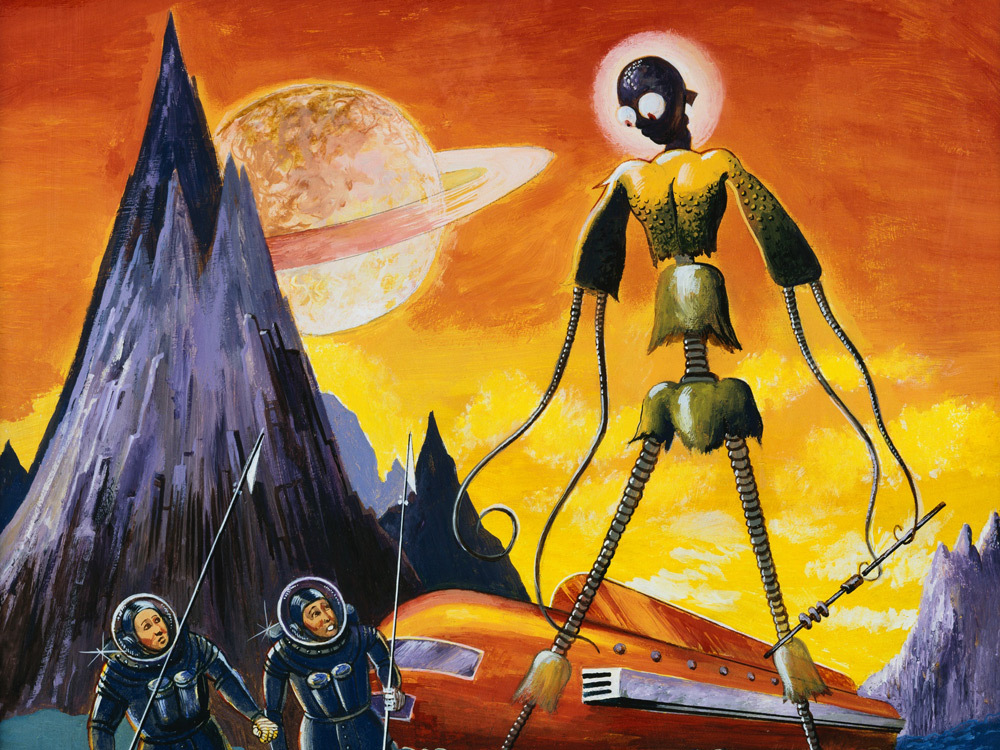 Part of a scientist's job is to read scientific papers -- lots and lots of scientific papers. You don't just read them: you also skim, peruse, look through, glance at and, occasionally, pore over them. There are just so many papers and just too much else going on. Still, some ideas just stick in your head and, with that in mind, I would like to present my Sort-Of-Best-Unheralded-Scientific-Paper of 2009.

People who think about extraterrestrial life have been bothered for a long time by a rather obvious fact: There isn't any here.

This is sometimes called the Fermi Paradox. It's an old conundrum (which may have started with physicist Enrico Fermi) that asks "If space-traveling ETs exist, why aren't they with us already?"

The idea is simple. Start with a civilization that colonizes one world. Then that world colonizes two more planets. Those worlds go on and do their own colonization. Follow this logic and you end up with a very, very rapid expansion of even a single star-faring civilization. Even one ET with space travel can, in a pretty short time, lead to a galaxy teeming with intelligent life.

Little green friends should already, have overrun us.

Now, you may be of the camp that believes aliens are already here. They're just hiding, or secretly controlling the government, or writing love poetry in crop circles. If you have not yet joined one of these groups then you, like the rest of us, end up with the Fermi Paradox. There should already be aliens all over the place. But there aren't. What happened?

Of course you could argue that extraterrestrial intelligence simply doesn't exist. That is possible, but a total downer, too. So let's ignore that possibility for now and look at what turns out to be an innovative solution to the Fermi question.

The cool thing about the Search for Extraterrestrial Intelligence (SETI) is the way it quickly becomes an exercise in thinking generally about civilizations. This link is inevitable because any rational search strategy forces you to consider what civilizations do, how they evolve and, most importantly, how long they last.

Back when nuclear war was our biggest worry, the question of civilization's endurance always seemed to hinge on its bellicosity. Our new-found recognition of climate change and the limits to growth changes that perspective.

Which, finally, leads me to my Sort-Of-Best-Unheralded-Scientific-Paper of 2009. It's called THE SUSTAINABILITY SOLUTION TO THE FERMI PARADOX. Its authors, J. Haqq-Misra & S. Baum, have been quite creative in merging SETI with our new environmental concerns.

Their answer to the Fermi Dilemma is simple. Civilizations, even extraterrestrial ones, can't grow without limits. Instead of using the question the Fermi Paradox raises to infer that we are the only intelligent species in the galaxy, Haqq-Misra & Baum use it to infer that these civilizations have learned a lesson which we are just starting to grasp. You have to pace yourself. You have to live within your means. Exponential growth is not likely to be sustainable.

Here is the abstract from their paper.

No present observations suggest a technologically advanced extraterrestrial intelligence (ETI) has spread through the galaxy. However, under commonplace assumptions about galactic civilization formation and expansion, this absence of observation is highly unlikely. This improbability is the heart of the Fermi Paradox. The Fermi Paradox leads some to conclude that humans have the only advanced civilization in this galaxy, either because civilization formation is very rare or because intelligent civilizations inevitably destroy themselves. In this paper, we argue that this conclusion is premature by introducing the "Sustainability Solution" to the Fermi Paradox, which questions the Paradox's assumption of faster (e.g. exponential) civilization growth. Drawing on insights from the sustainability of human civilization on Earth, we propose that faster-growth may not be sustainable on the galactic scale. If this is the case, then there may exist ETI that have not expanded throughout the galaxy or have done so but collapsed. These possibilities have implications for both searches for ETI and for human civilization management

Of course, by its very nature, any paper about SETI and life on other planets is speculation. What is interesting about this paper is the way the concerns of our very real, here-and-now culture reflect in thinking about life and civilization on the largest scales.