Accessibility links
You Can't Stop Science, You Can Only Learn To Contain It : 13.7: Cosmos And Culture How far should scientific research go? Should society impose limits on what can or cannot be investigated? Or is that an impossibility?

You Can't Stop Science, You Can Only Learn To Contain It

You Can't Stop Science, You Can Only Learn To Contain It 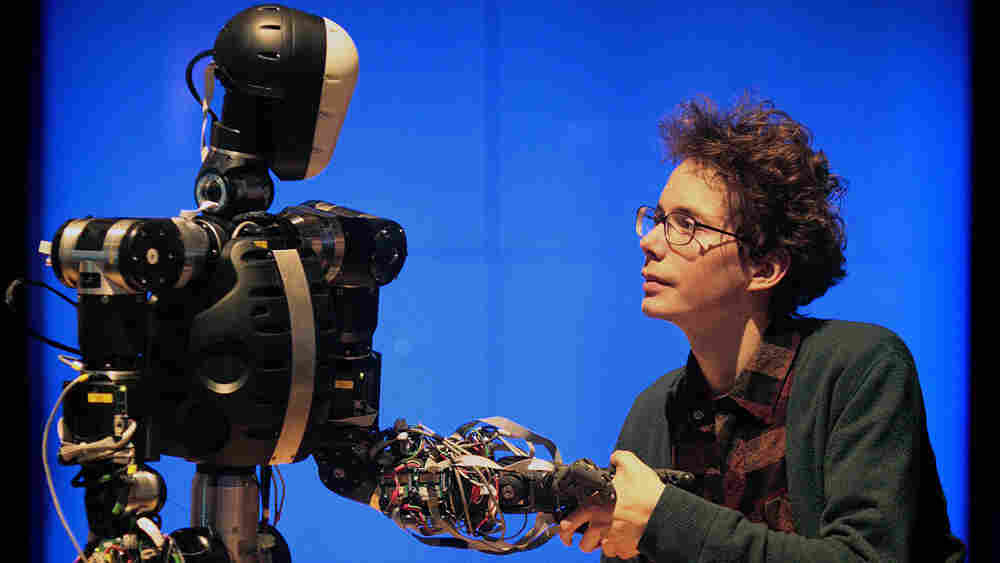 Shaking hands with the future: an employee at the Science Museum in London greets BERTI. Shaun Curry/AFP/Getty Images hide caption 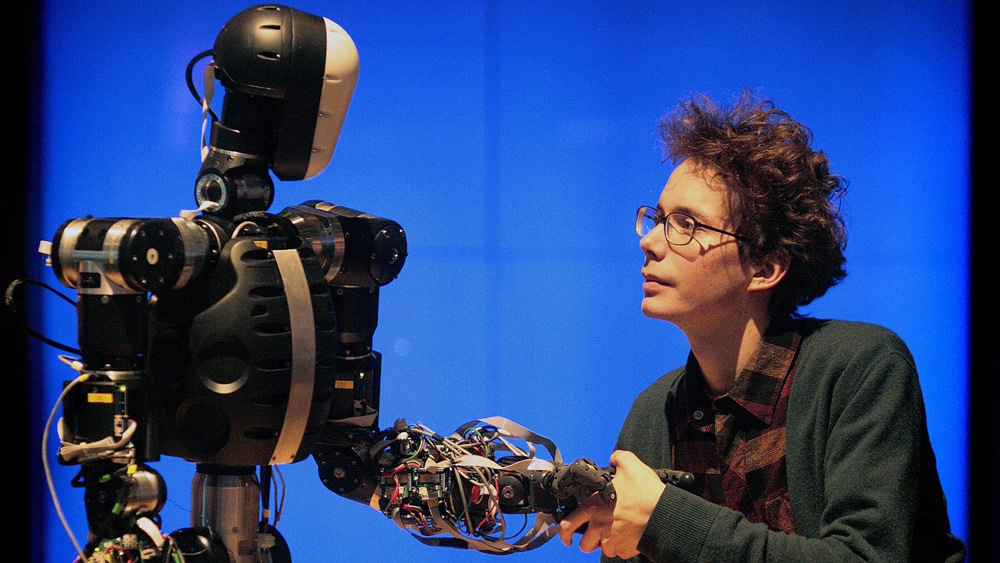 Shaking hands with the future: an employee at the Science Museum in London greets BERTI.

Mary Shelley may have been the first to make it explicit in the world of novelistic fiction: science is scary, and the more it advances the scarier it can become.

It has something to do with what Bertrand Russell once said, that the power of science comes from its ability to predict the future. After all, to know what will happen tomorrow or the next year has been an age-old dream. We look at stars and planets, at the palms of our hands, at tea leaves, and even develop all sorts of weird rituals to be able to see beyond the fog of time. If science can do it, it beats all that stuff!

Tycho Brahe, one of the great astronomers of all time, decided he wanted to become an astronomer once he saw how it was possible to predict, well ahead of time, when an eclipse of the Sun would happen. To have such power, to have human reason pry open the book of Nature and peer into its machinations, was a wondrous thing.

And, indeed, this sort of mechanistic approach endured for a very long time, reaching its climax during the Enlightenment, when rationalism was the only way to go: human reason could decipher all there was to decipher, could predict the future and revisit the past, unveil the mysteries of Creation in all detail.

Of course, we now know that there are limits to this set by physics itself: chaos theory tells us that we really can't predict with great accuracy the long-term future of very complex systems, as we can see with weather reports. Quantum mechanics tells us that there are limits to what we can know, to the amount of information we can extract from matter. Both amount to having statistical inferences as the only way to really make a scientifically valid statement. Still, the popular notion persists, as Russell made clear, that science can predict the future and, in that way, that it has taken the place of more mystical practices that try to do the same.

Frankenstein, and the Romantic poets, reacted to this determinism and to the presumed all-powerful science, by restoring doubt, fear, and a moral dimension that should determine the reaches of scientific inquiry. The novel, published in 1817, was a cautionary tale of how far science should or shouldn't go: to be able to do something doesn't mean it should be done. Or does it?

There is no question that, as the Buddha said, "whenever there is light, there is shadow." When we invent something new, it can turn both ways. Couldn't nuclear fission have been used only for power and medicine? That's not how it goes. Science has its own momentum.

Through their alliances with the State and industry, scientists don't have complete control of their creations. It's the Faustian bargain that, say, Oppenheimer and the fellow workers in the Manhattan project signed. In a sense, the same bargain is signed every time we get a grant from the government or go to work for a commercial lab. So, the limits of scientific research clash with the fuzzy and often secretive goals of the State and of share holders. When working for defense or for profit, it's hard to slow things down or to control them. Power and greed roll up into an ever-growing snowball.

So what's to be done? At the very least, to raise the level of scientific awareness of the general public. Only a population well-versed in the basic tenets of science and modern scientific research can take control of its own future.

There are heavy clouds gathering; complex decisions on where scientific research could -- or should -- go will stay at the forefront of the political debate for years to come. How do we handle climate change, energy resources, genetic engineering applied to food, animals and humans? The list is long.

To just say "all is well, let's go ahead with all we've got" is to put very powerful guns in the hands of a morally immature species, prone to horrible fits of destructive rage. If there can't be a world without evil, let's at least have a world with less evil.