Accessibility links
Beyond Science: Finding Meaning In Tragedy : 13.7: Cosmos And Culture A man stands on a rooftop yelling out for any sign of his missing relatives in a devastated hillside neighborhood near downtown Port-au-Prince. (David Gilkey / NPR) By Adam Frank Where do we turn when tragedy strikes us? What resource...

Beyond Science: Finding Meaning In Tragedy

Beyond Science: Finding Meaning In Tragedy 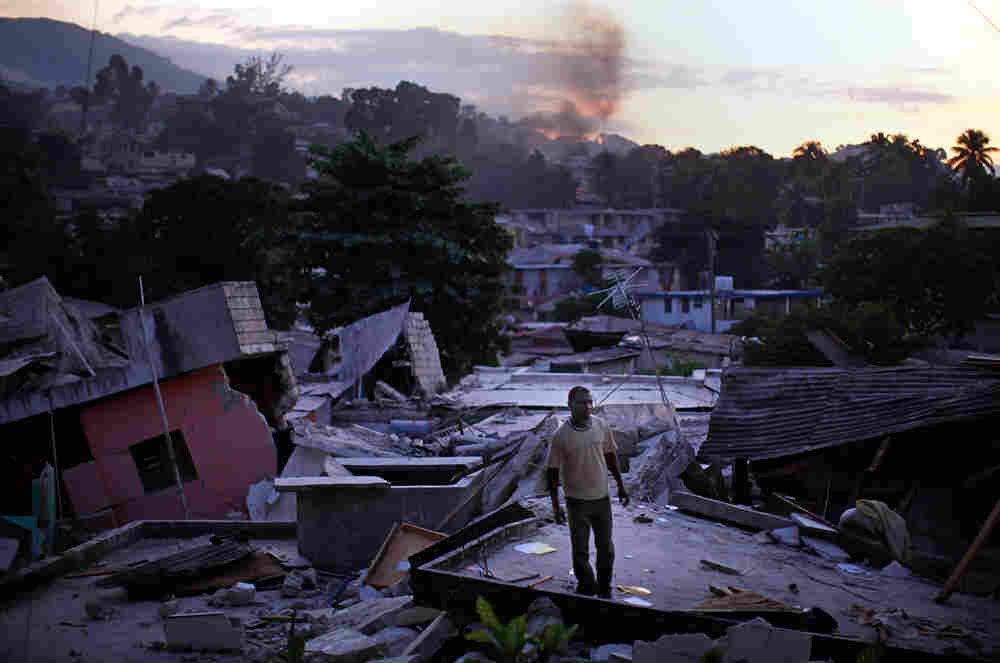 A man stands on a rooftop yelling out for any sign of his missing relatives in a devastated hillside neighborhood near downtown Port-au-Prince. David Gilkey/NPR hide caption 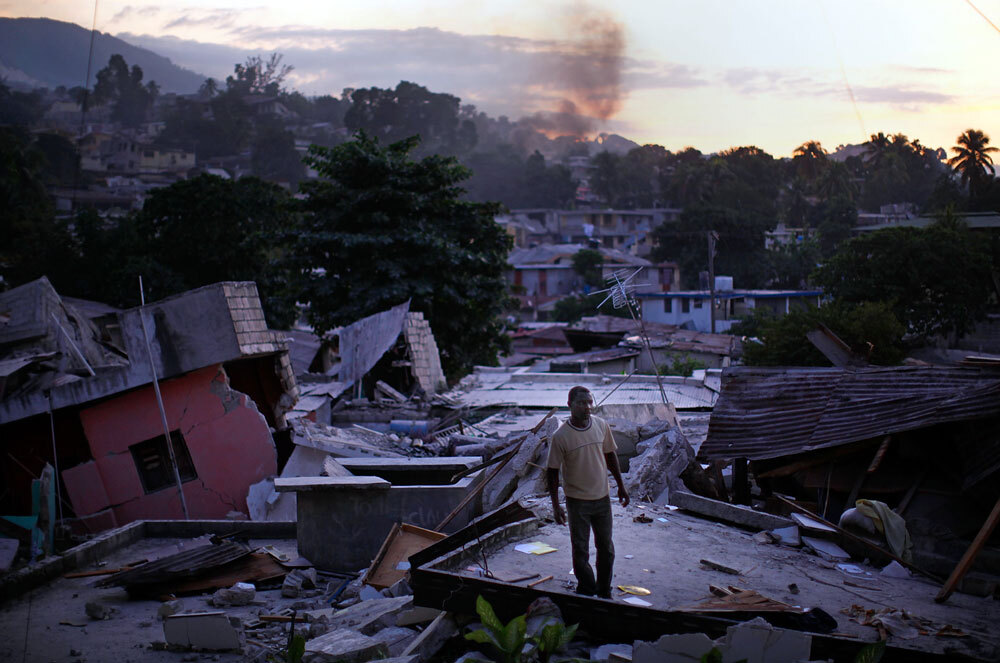 A man stands on a rooftop yelling out for any sign of his missing relatives in a devastated hillside neighborhood near downtown Port-au-Prince.

Where do we turn when tragedy strikes us? What resources of mind and spirit do we draw on when great suffering erupts into our lives and brings us to our knees in grief?

We watched in horror as solid earth turned mobile bringing collapse to Haiti and the lives of hundreds of thousands of its citizens. Then, immediately, we asked the millennia old human question -- why? What meaning is there in their suffering? What meaning is there in the suffering we all face from all forms of "acts of god" be they earthquakes, tidal waves or positive test results on a cancer screen.

For tens of millennia humanity had a comfortable answer. It was the will of the gods or God. Someone had sinned. Someone had offended the great cosmic powers. A price would have to be paid. In an age dominated by science and its understanding of the world that perspective is no longer so easily or comfortably held. It is, of course, still possible to blithely ignore the understanding of the natural world that the human race has painstakingly won for itself. Pat Robertson and his pathetic Paleolithic excuse for religious reasoning is still able to claim Haiti is being punished for the acts of its inhabitants. But his kind of perspective ignores both the prescriptive power of very the science and technology he uses to spread his hate as well as the compassion he so clearly misunderstands in his own religious tradition. And it is the ongoing power in all those traditions that is the point.

The simpler "you sinned" narratives of religion ignore the fact that Earthquakes happen simply and only because pressure is released along geologic fault lines joining tectonic plates. But the scientific vision that "its all random and meaningless" also fails because it can not embrace the most elemental nature of these events.

These tragedies, these 'acts of God" are, first and foremost about meaning. It is the meaning they have for us, for our lives and how they are turned head over heals by the world and its ways that must be accounted for. The argument that science tells us "its all meaningless" fails to understand that science is embedded in our world, our understanding of our individual lives as well as Life and the Cosmos in general. Recognizing this we can perhaps see how the wisdom traditions embraced in the world's religions can speak in harmony with what we have learned in our explorations of the natural world.

There are many ways to read the Book of Job. For me it is a story about acceptance and surrender. After all Jobs' travails he finally demands an explanation from God for his suffering. In response God reveals himself in the whirlwind and asks Job where was he when the entire world was being fashioned, when the sky was set in place, when the animals were being taught their ways. Seeing this all-encompassing vision of the world as it is, in-and-of-itself, Job can only fall silent. Yes, this is the world and this is my place in it.

Now I'm sure many will take issue with me but, for me, this is a narrative that is fully compatible with the vision of the world given to us by science. The Earth is a mighty power and its movement comes through the "Book of Newton." We are but one element of that power, embedded in its movements, part of its drama of creation and destruction. Before those powers we must say "thy will, not mine."

This same idea is expressed in every spiritual tradition. In the Bhagavad Gita, Arjuna asks the disguised god Krishna to shed his human body and reveal himself. Arjuna is unprepared for what follows. Krishna rises into a massive cosmic form both great and horrifying, the giver of life and its devourer. Arjuna cannot handle this terrible cosmic vision and begs Krishna to return to his disguise.

What the "Book of Newton", what science, fails to provide us by itself is the imaginative tradition to create meaning from the Earth's tremors and their aftermath. 50,000 years of storytelling in the wake of disasters have given us a mythic storehouse of ways to take human meaning from disaster. This is the power and role of those aspects of life we call "sacred." They are not antithetical to science but have a complementary role to play that we have yet to really explore.

The universe is not meaningless because we are in it. With our emergence meaning was brought into creation as well. It's not the Universe's job to tell us why things happen, it's our job as (perhaps the only) storytellers to tell the Universe what these things mean when they do happen.

These stories of horror and grief, heroism and compassion, these are our purpose. What else can we do with these gifts of heart and mind evolution bequeathed to us?