Accessibility links
Moving From An 'Is' To An 'Ought': Science In Dialogue With Moral/Ethical Deliberation : 13.7: Cosmos And Culture What is the role of scientific understandings of nature in arriving at moral/ethical choices?

Moving From An 'Is' To An 'Ought': Science In Dialogue With Moral/Ethical Deliberation

Moving From An 'Is' To An 'Ought': Science In Dialogue With Moral/Ethical Deliberation

I think of religion as having three integrated strands: 1) the interpretive (what is life's meaning? Is there a God?); 2) the spiritual (awe, gratitude, humility); and 3) the moral/ethical (how should we behave towards one another and the earth?). 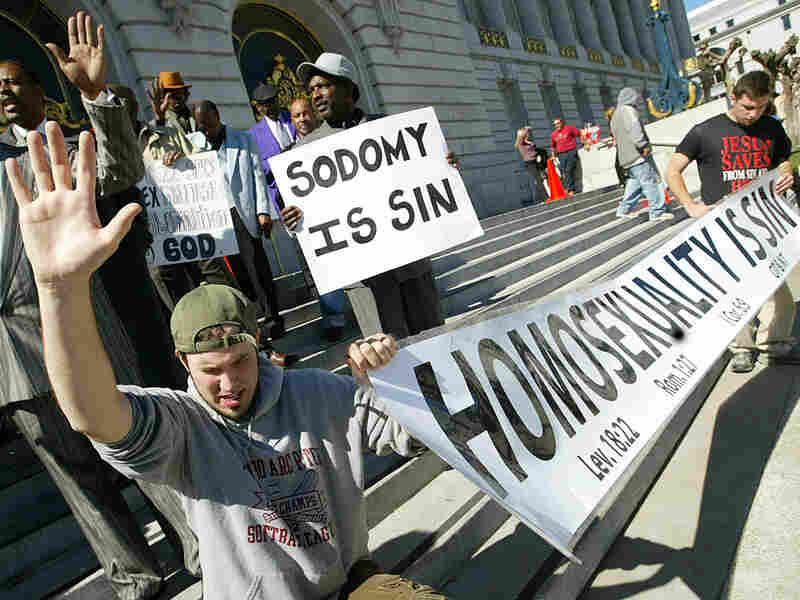 Are moral and ethical questions the domain of science or religion? (Justin Sullivan/Getty Images) hide caption 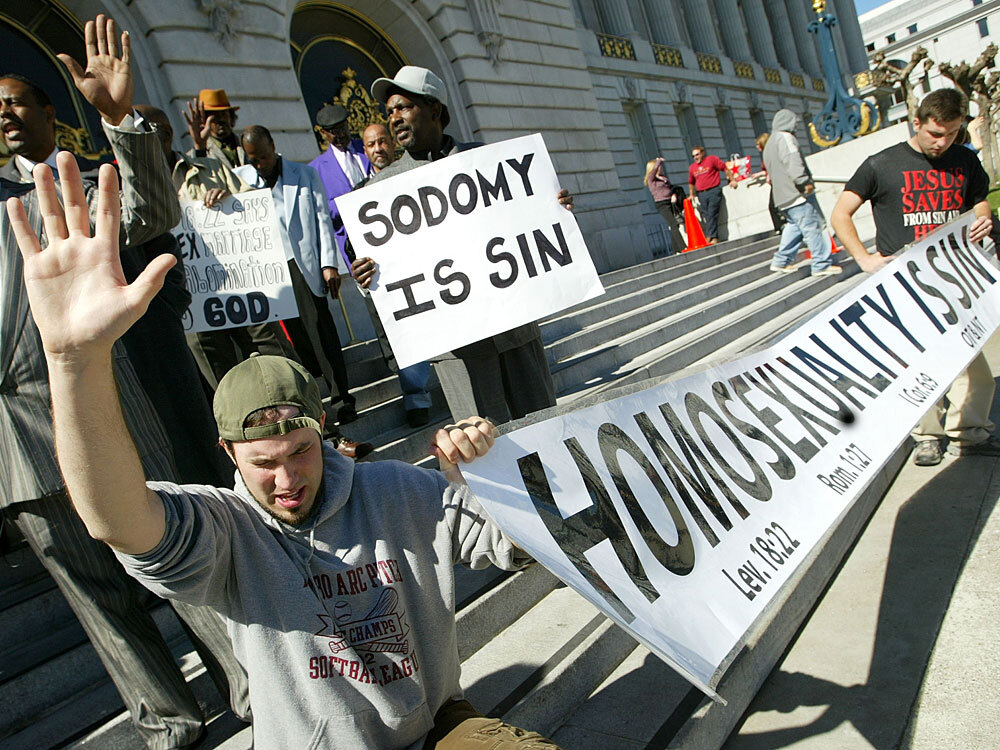 Are moral and ethical questions the domain of science or religion?

Many have suggested that the most important function of institutionalized religion is to articulate and enforce the moral/ethical strand. Loyal Rue, for example, argues convincingly that religious institutions are primarily in the business of educating the social emotions, thereby stabilizing the group.

Indeed, persons who protest the teaching of evolution often argue that its perceived threats to traditional religious tenets would lead to the collapse of our moral/ethical cultural framework. Former representative Tom DeLay (R-TX) famously noted that the Columbine massacres were a result of exposure to evolutionary theory, that "our school systems teach the children that they are nothing but glorified apes who are evolutionized [sic] out of some primordial soup."

Persons making the case that religion has hegemony in moral/ethical arenas often bring up the matter of the Is-Ought dichotomy, sometimes called the Naturalistic Fallacy, a notion originally articulated by Scottish philosopher David Hume in the 16th century and debated in philosophy classes ever since. In its minimalist form, the claim goes that that "You can't get an ought from an is." That is, knowing how something Is in the natural world doesn't indicate what ought to happen, or ought not to happen, in human cultural contexts.

A vigorous, if at times stumbling, defense of the Is-Ought duality was recently offered by eminent biologist Stephen J. Gould in his book Rocks of Ages . Gould announced that science and religion are "non-overlapping magisteria (NOMA)," with science restricted to elucidating how things are and religion covering ethical responses to how things are. Ethical questions, he writes, "cannot be answered, or even much illuminated, by factual data of any kind."

Since Gould's book, the "NOMA principle" is often invoked in science/religion dialogues, usually in the context of the religion "side" suggesting that the science "side" should step aside when it comes to ethical deliberations. A commenter on Adam's recent blog quotes Martin Luther King Jr. on this axis: "Science investigates; religion interprets. Science gives man knowledge which is power; religion gives man wisdom which is control."

I have to say that I find such perspectives pretty bewildering. How is wisdom obtained without knowledge? How are questions answered without facts?

To be sure, science-based understandings of nature aren't front-loaded with moral/ethical valuations. Nature just is. The moral/ethical calls are made by those of us generating and absorbing these understandings -- that is, we the people, individually and collectively, scientists and everybody else.

But that doesn't mean that these understandings can't be key players in the path to moral/ethical choice. This is pretty obvious in the case of eco-moral deliberations. While it's the case that the tribal wisdom of indigenous cultures was not formally "science-based" and yet often guided sustainable relationships between hunter-gatherers and their ecosystems, fact is that we aren't hunter-gatherers anymore, nor can we go back there unless we kill >95% of our population or some such number. Given our current context, we need all the science-based knowledge we can get in making our environmental moral/ethical choices.

But what about human-to-human relationships? Might that represent a moral/ethical domain that belongs in a separate Magisterium? Well, not as I see things. While the full story is by no means in, and may never be in, science-based studies of the human brain and its psychological and social manifestations have provided us with an ever-deepening understanding of human nature, insights that greatly enrich, and often validate, our moral/ethical deliberations.

Consider the matter of homosexuality. While homophobia was apparently minimized in ancient Athens, homosexuals have had ambiguous status in Hindu and Buddhist cultures, and full-blown homophobia has been rampant in Judeo-Christian and Islamic cultures, with specific biblical and Qur'anic texts continuously quoted as indicating that homosexual orientations are deeply sinful.

Homophobia is still with us, and may linger on for a while. But the stigma has undergone a remarkable transformation in the past few decades. As Frank Rich wonderfully lifts up, Admiral Mike Mullen's moving testimony to repeal Don't Ask Don't Tell -- a full-bore moral/ethical statement -- was the product of several antecedents, including the remarkable success of the LGBT community to foster both self-knowledge and becoming-known. But the shift has also been undergirded by science-based inquiry.

While there's as yet little to say about the neural correlates of homosexual or bisexual orientation, and indeed there's little to say about the neural correlates of heterosexual orientation, psychologists and social scientists have conducted numerous scientific interviews and case studies and twin analyses and concluded that homosexuality is not a choice and hence cannot be considered a sin. Rather, it's an outcome of genetic, hormonal, and environmental influences -- as is presumably also the case for heterosexuality. Most Americans, Frank Rich writes, now recognize that being gay is not a "lifestyle" but an immutable identity; therefore, outlawing discrimination against gay people who want to serve their country is, as the admiral said, "the right thing to do."

A great example, I would say, of moving from an "Is" to an "Ought."