Accessibility links
The Evolution Debate Is Over; It's Time To Move Forward : 13.7: Cosmos And Culture It's time to put the prejudices that drag down discussion between science and the domains of human spiritual endeavor aside. We need to see if there isn't something else that can be said about them beyond the exhausted and fruitless debate over ev...

The Evolution Debate Is Over; It's Time To Move Forward

The Evolution Debate Is Over; It's Time To Move Forward 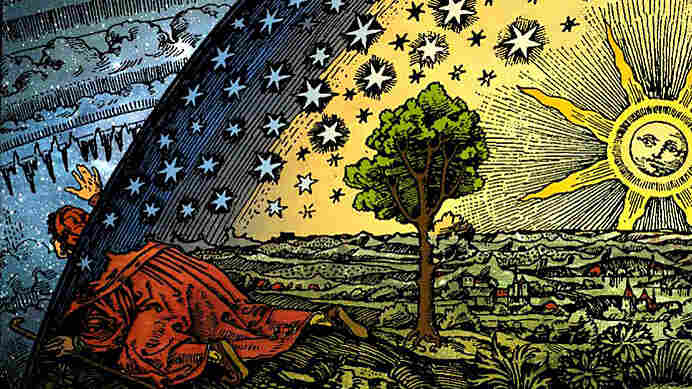 Discussions about science and the sacred must speak to the fundamental nature of our encounter with the world. Heikenwaelder/Wikimedia hide caption 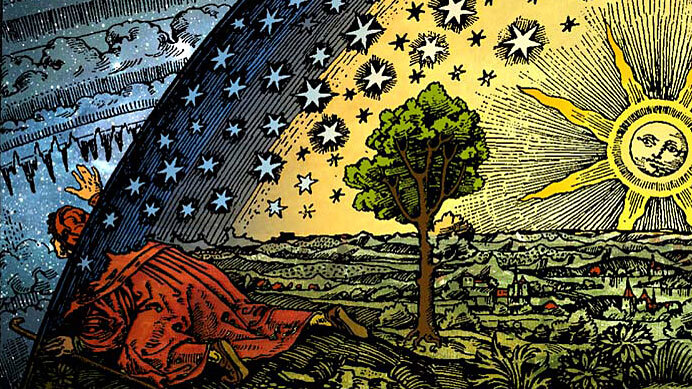 Discussions about science and the sacred must speak to the fundamental nature of our encounter with the world.

It's time to move on.

The traditional Science vs. Religion debate -- the one which gets all the airplay, the one which endlessly pits Creationism vs. Evolution -- is exhausted, ossified, and no longer speaks to the challenges we face as a species. It's the same go-round we have been watching since the Scopes Trial, with only the costumes getting a periodic update. We need to do much better.

For more than two decades I have been moonlighting as a "popular science" writer for magazines like DISCOVER. Taking inspiration from my day job as an astrophysicist, I have hoped to act as a kind of evangelist of science. I hold this aspiration because I have, since childhood, been so in love with science, its methods and the Universe it reveals.

I do not, for the record, hold a belief in a supernatural deity. But, in a cosmic twist of fate, it has been science that has given me a profound respect for the character of experience people have always called "sacred." Through my scientific practice, I have gained respect not for religion as a means of social organization and control, but for what happens beneath the institutions where individuals encounter the world through their own, inmost experience.

In other words, I am a practicing scientist who responds deeply to the beauty revealed in the worlds of science and art and the diverse forms of human spiritual endeavor. From that perspective, it is clear that at this particular moment in history, when we face such obvious and overwhelming dangers, it's time to put the prejudices that drag down discussion between science and the domains of human spiritual endeavor aside. We need to see if there isn't something else that can be said about them beyond the exhausted and fruitless debate over evolution and creationism.

It's time to put a definitive end to the futile, misguided school board curriculum battles. Evolution happened. We must fight to ensure that the forces of restriction never restrict that truth.

At the same time, however, we have to find the creative will to speak to the many ways humans encounter the True and the Real, including the sense of sacred. In a century sure to be haunted by climate change, resource depletion, and a variety of terrorisms, we will need all the tools of wisdom we can get. Science and Religion, at their best, can both be sources of wisdom. At their worst, well, we all know what that looks like.

This is the first in set of "sometimes" posts (based on my book The Constant Fire) where I am going to argue that there is a very different way of looking at the domains of scientific practice and the root of human religious experience.

It's not about the New Atheists, and it's not about Intelligent Design. There is nothing useful for the rest of us in that old battle, with its eternally amped up combatants. The narrow-minded creationists do not speak for the totality of human encounters with life's sacred character (nor are they particularly equipped too). And while I appreciate the fire of the New Atheists, they paint with such a broad brush that everything becomes a TV dinner of antipathy. And, most importantly, they do not speak for science.

Taking up new-age wishful thinking about quantum physics and spirituality will also not do much to change the character of the debate. Discussions about science and the sacred must speak to the fundamental nature of our encounter with the world. There is a saying from the Zen Buddhist tradition that the point of practice is to not fool yourself. We should accept that we are adept at doing just that. We will need to be particularly vigilant in resisting claims that science "proves" some cherished set of beliefs.

Taken as a whole, in discussions of science and religion there is simply too much at stake for us to rest in our comfort zones of accepted opinion. We need to find a new way, and the first step in finding that way is breaking free of inherited perspectives.