Accessibility links
Life On Titan? : 13.7: Cosmos And Culture Can life exist in Saturn's exotic moon Titan? What would the discovery of alien life say about us? 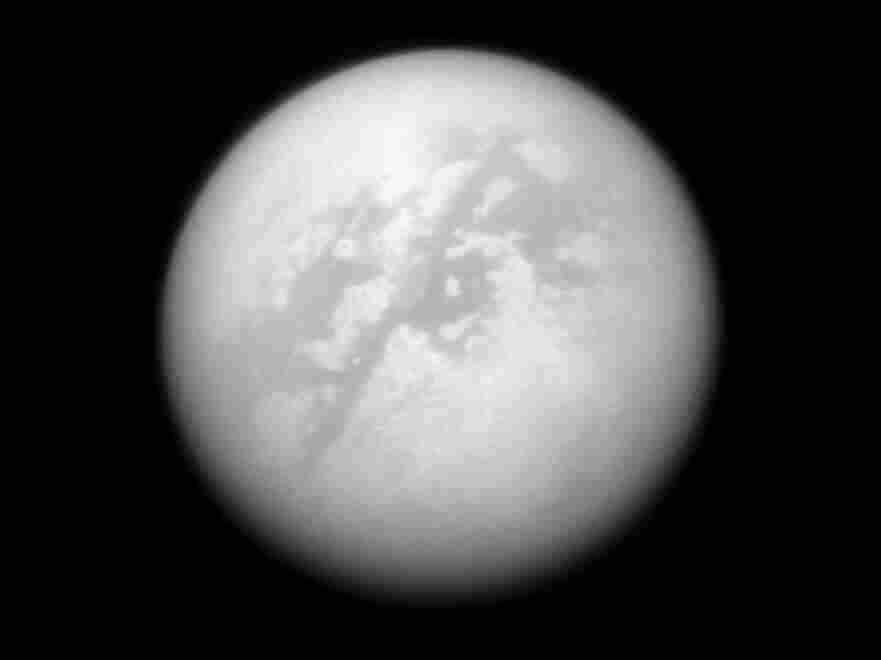 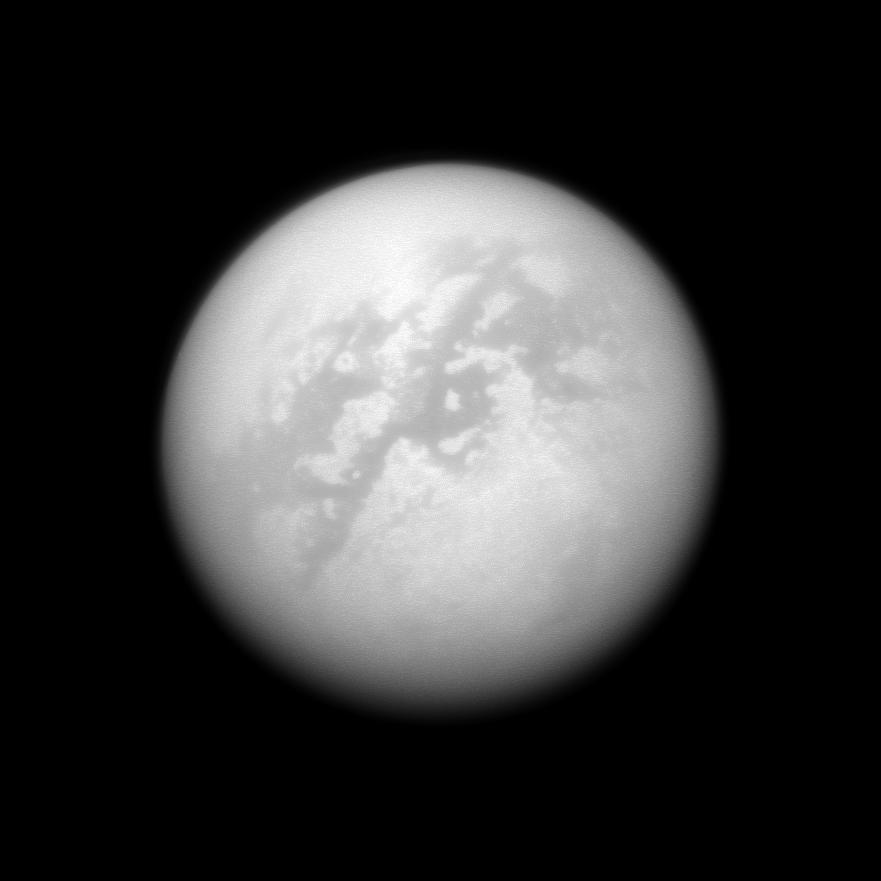 The Cassini spacecraft peeks through the murk of Titan's thick atmosphere in a search for clouds.

The headlines were bombastic: “NASA scientists discover evidence ‘that alien life exists on Saturn’s moon’,” at the Daily Telegraph in the UK.

There were many others about a month ago.

The news was based on two papers using data collected by the Cassini spacecraft, which has been flying about Saturn and its magnificent moons. In one of them, published in Icarus, scientists described how hydrogen molecules were seen flowing down Titan’s atmosphere and disappearing at the surface. In another paper, published in the Journal of Geophysical Research, a survey of the plethora of hydrocarbons blanketing Titan’s surface found a lack of acetylene. Normally, hydrogen shouldn’t be flowing downward and disappearing, and acetylene should be an ingredient of the organic soup brewing on Titan.

According to NASA scientist Chris McKay, acetylene forms the best energy source for a methane-based life on Titan. So, if acetylene is missing, maybe it’s being consumed as food. Hydrogen is even more important, as it’s a key ingredient in a methane-based metabolism.

An argument for alien life based on the absence of two chemicals is not very strong. But what if there was life on Titan?

McKay is a very reasonable and extremely serious scientist. He is careful to stress that these are indications of a hypothetical methane-based life form which has never been observed: the absence of hydrogen and acetylene is not yet evidence of life.

The Daily Telegraph’s headline was way out of line.

However, the discoveries are suggestive of some form of extreme chemistry taking place at the moon’s surface, where the temperature is around minus 290 degrees Fahrenheit. In this kind of frozen world, methane and ethane flow as liquids, collecting in lakes not so different from those found in our water world. Reality does beat fantasy!

If anything, Titan’s exuberant organic chemistry serves as an indication that alien worlds have many surprises for us. That McKay could predict what kind of effects a methane-based life would have on an alien world is, in itself, quite remarkable. Even if these two signatures prove to be something quite lifeless (that’s my bet), the fact is that we now have machines that can examine alien chemistry in search of exotic life forms, is an amazing achievement.

We are privileged to live in a time when aliens step out of novels and movies and become part of serious scientific inquiry.

It remains to be seen if we are actually going to discover some kind of life form in the next few decades. However, even if we do, odds are this life will be quite simple, possibly unicellular like our bacteria. That’s not a bad thing.

Finding any kind of life would have very deep implications for humankind. After all, if another kind of life exists in a celestial body in our cosmic neighborhood, the probability that life would be widespread in the galaxy would skyrocket. And that would beg the question as to why we haven’t seen any convincing signs of intelligent life.

We would then have to wonder if the reason is that intelligent life is quite rare. That being the case, we would have to wonder why we are so special.