Accessibility links
Borges, The Universe And The Infinite Library : 13.7: Cosmos And Culture In the masterful short story The Library of Babel, Argentine writer Jorge Luis Borges creates an allegory of our search of endless knowledge. Is it futile to try to know it all? More than futile, logically impossible? 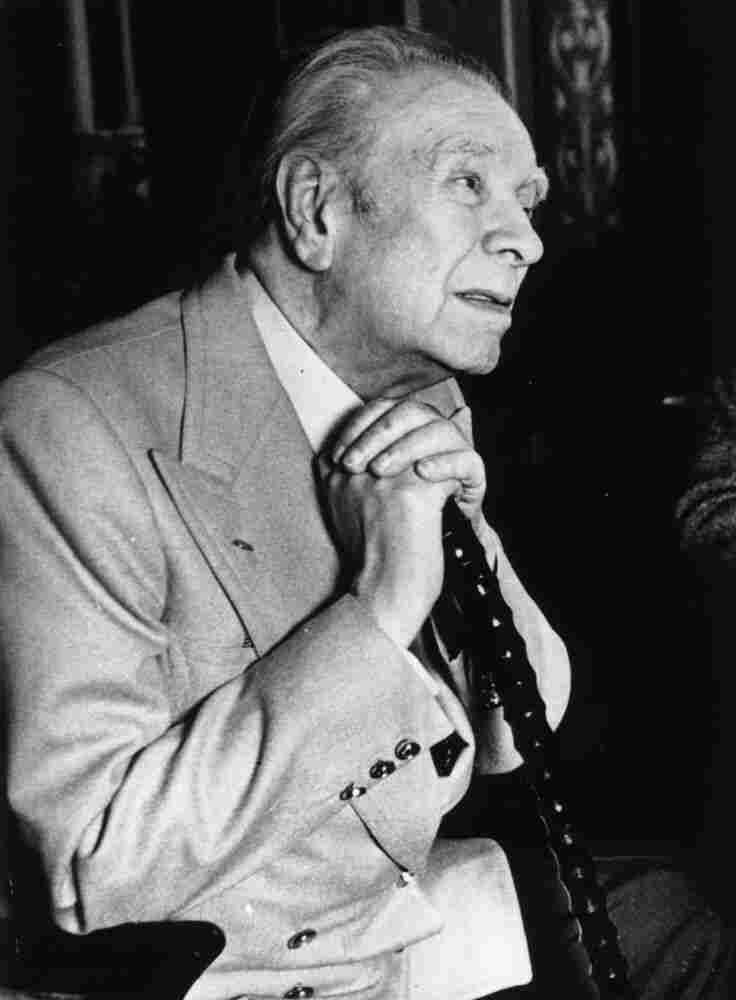 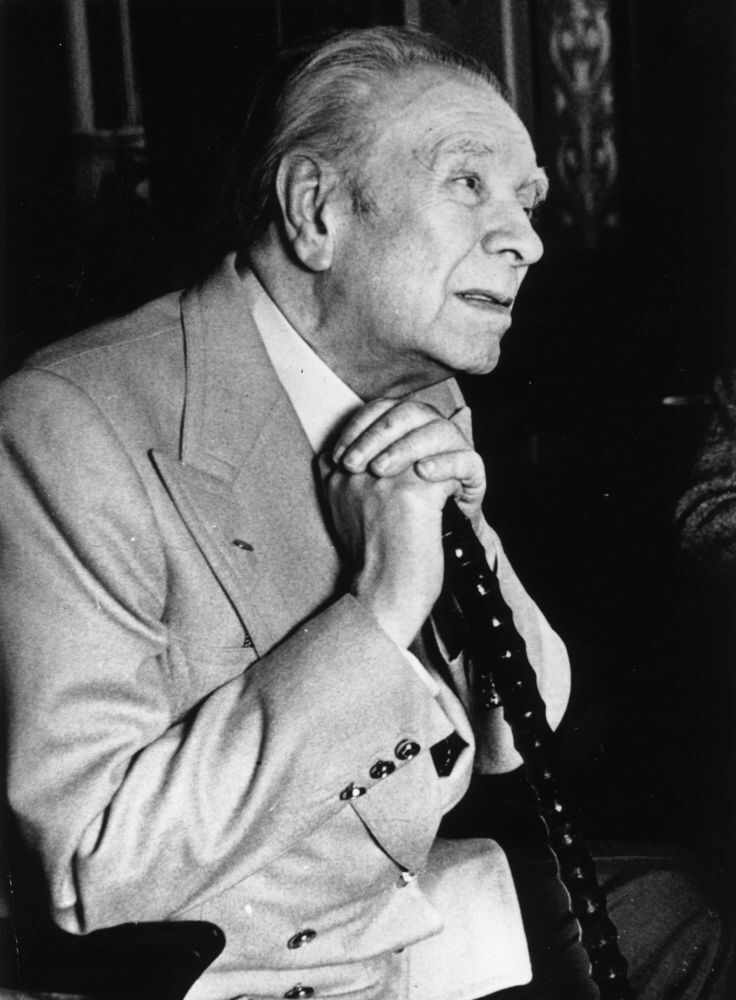 How much can we learn of the world? Perhaps Argentine writer Jorge Luis Borges knew all along. This photo of him was taken in March 1982.

In the short story The Library of Babel, the great Argentine writer Jorge Luis Borges constructs a metaphorical replica of the universe, both celebrating and teasing the cosmologists of his time.

His irony is timeless and has much to say about current efforts as well.

The Library of Babel is different from any other library. In it, we find all books that have been written and those that will be written, those that make sense and completely absurd ones, works that group meaningless sequences of letters compiled into random arrangements with no purpose whatsoever. Everything that has been and will be thought can be found in a forsaken corner of the endless library.

Borges clearly had in mind a geometrical rendition of the cosmos for his library: “The Universe (that some call the Library) is composed of an undefined, maybe infinite number of hexagonal galleries.”

An infinite beehive, describing the homogeneity of space: all galleries are equivalent, none being more important than another. The Cosmological Principle, the conceptual backbone of modern cosmology, states that at large enough scales, the universe is homogeneous and isotropic so that no point is more important than any other.

The light in the Library is insufficient, leaving the readers partially in the dark, as when we peer into the night sky to unveil its secrets, that we are only able to partially resolve. Or maybe, the darkness in the Library reminds us of the darkness of outer space, that so filled Pascal with terror.

Since the Library is the Universe, nothing exists outside of it. So, the readers and the narrator are part of it. Can we ever fully understand something when we are not able to examine it as a whole? Like a fish that wants to understand the totality of the oceans, the librarians try in vain to decipher the mysteries of their world, unaware that all they can acquire is a partial knowledge of reality.

The librarians catalog the books and compute probabilities, trying hard to arrive at a final answer. What they don’t know, or don’t seem to want to acknowledge, is that some mysteries will remain beyond their reach. To Borges, science will never be able to answer all questions about the world simply because we are part of the mystery.

The story (The Aleph is another example) also reveals a deep worry with reductionism. Even if all books are written with the same letters of the alphabet, to know these letters doesn’t bring anyone closer to an understanding of the fundamental nature of the Universe. I wonder if Borges was criticizing the search for the building blocks of matter, the elementary particles of high-energy physics. These particles are the alphabet with which the world is “written.”

Is this search fated to failure?

The answer depends how far one wants to go. Even though we aim to go as far as possible, we should remember that we are limited to those regions of the Library which are better illuminated (sometimes by the light we bring in), where we can find, here and there, another volume that reveals a bit more of the great and endless mystery.