Accessibility links
City And Suburb And Future : 13.7: Cosmos And Culture With the human population poised to reach 9 billion -- or more -- over the next century, what is the future of this cultural organization? 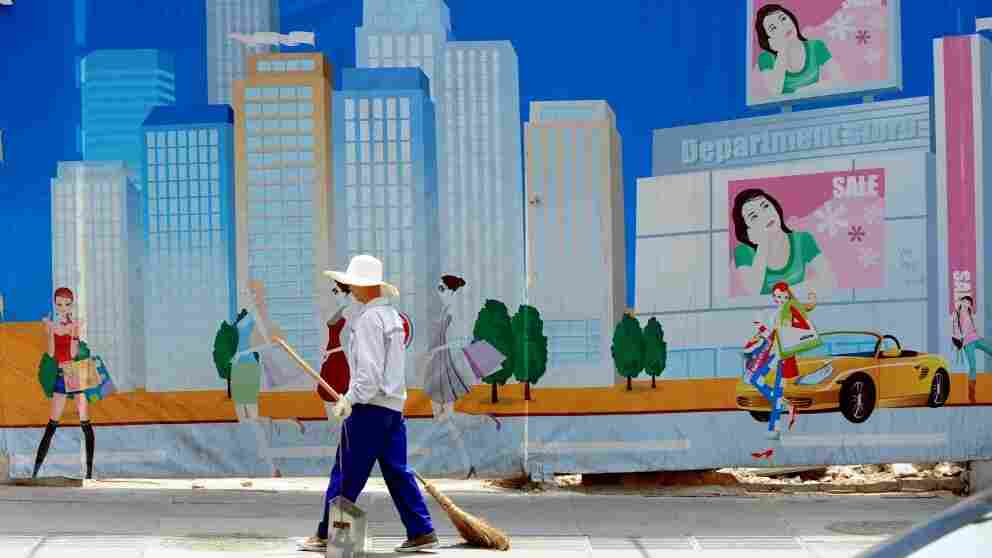 The shape of things to come, or just another pretty picture? Franko Lee/Getty hide caption

In looking across the last 50,000 or so years of cultural evolution, the creation of cities has to be recognized as a revolution in itself.  From Babylon and Sumer to Athens and Rome, the organization of human society into powerful cities, and the empires which often supported them, marked a critical turning point in our development.

Now with the human population poised to reach 9 billion or more over the next century, what is the future of our material-cultural organization?  While the United States has poured its treasure into building energetically unsustainable suburbs, nations like China have seen their cities grow at phenomenal rates.  In many poorer countries the growth of cities has come to include sprawling slums. This is where a significant fraction of that population increase will live.

In a recent post at Big Questions Online, Rod Dreher draws from different sources, arguing that either cities or suburbs are the key to the human future.  From Parag Khanna we read,

The 21st century will not be dominated by America or China, Brazil or India, but by the city. In an age that appears increasingly unmanageable, cities rather than states are becoming the islands of governance on which the future world order will be built. This new world is not -- and will not be -- one global village, so much as a network of different ones.

The case for the suburbs is made by Joel Kotkin,

It turns out that the rise of the megacity is by no means inevitable -- and it might not even be happening. Even the widely cited 2009 World Bank report on megacities, a staunchly pro-urban document, acknowledges that as societies become wealthier, they inevitably begin to deconcentrate, with the middle classes moving to the periphery. Urban population densities have been on the decline since the 19th century ... as people have sought out cheaper and more appealing homes beyond city limits. In fact, despite all the "back to the city" hype of the past decade, more than 80 percent of new metropolitan growth in the United States since 2000 has been in suburbs.

These different trajectories do not occur in a vaccum of course.  Energy systems, the changing climate, the growing crisis in fresh water and food security all will play a role.

With so much change bearing down on us, the stresses we face and our responses will be, literally, reflected in stone: what we build, where we build it and how we live in the midst of all our building.  Perhaps the most important question will be how conscious can we be of our choices and their consequences?