Accessibility links
A Guide To Living Longer: Break Your Habits : 13.7: Cosmos And Culture Habits shape the way we experience time. As you age, your mind creates story arcs, which makes time pass quickly. But, Alva Noe argues, if we forgo the habits we've formed, we can extend time forever.

How To Live Forever! Or Why Habits Are A Curse

How To Live Forever! Or Why Habits Are A Curse 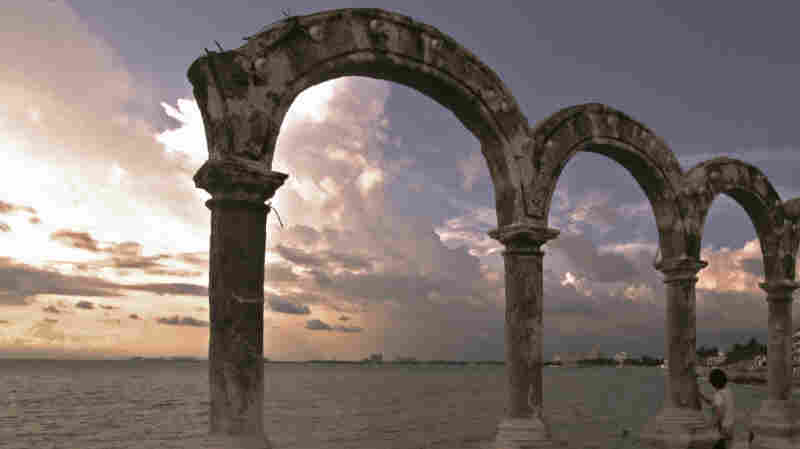 The experienced length of a day, or week, or season, has nothing to do with calendrical time. This is common knowledge and there’s no disputing it. They say time flies. Well, it didn’t when you were a kid. Do you remember how long Sunday could be? There’s no disputing the phenomenon. The question is, how to explain it.

The solution is simple, and it has nothing to do with physics, or with neuroscience: we live in a world of arcs, not points.

Have you ever noticed that you can remember perfectly well what someone said to you, but you don’t remember exactly what words she used? Or perhaps you can recall what was said but not in what language it was said. Most of the time, we aren’t interested in mere wording; we are interested in what was said, that is, meaning, the subject matter. Our indifference to wording is a symptom of our expertise. Only beginners needs to pay attention to words and their order. Expertise opens up the possibility of real communication.

This is true in sports as well. The expert can think about the tactical situation — to whom to pass the ball, whether to bunt or hit away. The beginner, in contrast, is confined to the mechanics — how best to dribble, how to grip the bat. Whereas the beginner’s performance improves when he or she pays attention to mechanics, the expert’s deteriorates.

Or consider this: I reach for a cup to have a drink. Now I reach for the cup to put it away. Same movement. Different action. You perceive this difference instantly. For you are sensitive to, and interested in, what I am doing (drinking, tidying up); you are indifferent to the mere movements. Your jaw muscles activate sympathetically when you see me initiate my reach for the glass, but only when I am reaching to have a drink. Your muscles don’t do this when you see me start the same movement with the aim of tidying. It is noteworthy that some children classified as autistic can’t see this difference: nothing happens in their jaw muscles when they watch someone take a drink.

An action is an event, and events are creatures of time in this sense: they are a becoming that happens and is then past. Music gives us a striking example of this. When you listen to a song, you experience something that unfolds in and extends in time. We experience the song as a unified temporally-extended whole, even though, from a certain standpoint, we are confined only to the sounds we hear right now at this instant. How can the past sounds, and the sounds that have not yet played, structure what I now hear? Answer: I don’t hear sounds. I don’t live in a world of points. I experience a vector quantity. I hear phrases, musical ideas rushing forth and thrusting forward. I know where the ball is going to land, not because it has landed already, but because I perceive its arc.

Now here is the thing: arcs collapse time, for they make time, as measured by the ticking of a clock and the turning of pages on the calendar, irrelevant. They organize time, and everything else, according to their own requirements. The baseball player is counting time with pitches and innings; it doesn’t matter how long the game took in minutes and hours. The basketball player measures time in relation to quarters, fouls, time outs, and baskets, and so on.

How do you count time in a marriage? In a career? In a research project? What is the measure of time during an illness? Not seconds, minutes, hours, days.

So now we come to the crux: time goes faster as you get older, but this is because, as a general rule, by the time we are older, we have settled in on the story lines and narrative arcs by which we structure our lives. We sign on as wife, potter, architect, bar tender, business person, or whatever, and so our lives are governed by time- and event- structures (shifts, projects, pregnancies, etc.) that have nothing to do with biological or physical time. We have become expert wives, potters, architects and now we are the expressions of our own routinized skill.

We are now actualized habits.

Want to live forever? Want to be young again? Don’t waste your time with brain fitness computer programs. These are “scientifically proven” to exercise your brain better than watching educational DVDs does. But you can do better than that! And don’t do crossword puzzles for their neurological benefit. I don’t have clinical evidence to support this, but in so far as a crossword puzzle is a routinized, habitualized form of word play — and in my experience, that’s what it is — I suspect that crossword puzzles are part of the problem not the solution. (Which is not to deny that they can be lots of fun!)

If you do this, each day will become an eternity. You won’t live forever, but it will seem like forever.

But there is a price: Habit is the safety zone. Marriages are comfortable, safe places, whatever other virtues and flaws they may have. And a habit-free existence — as I wrote last week — isn’t really possible anyway. It would be an existence without expertise, and so a life without language or meaning. It would be a beginner’s life. But the beginner is confined to the little things, to the meaningless exercises and pointless mechanics. The expert, in contrast, sees the big picture; the world opens up before the sweep of the expert’s skills. To give up one’s habits, to break free of the arcs, is to trade in one’s expertise.

You gain time, but you lose sense.

Habits are a curse, but there is no recognizably human form of life without them.