Accessibility links
The Evolvability Of Dogs: A Journey From Mongrels To Poodles : 13.7: Cosmos And Culture Research tells us that dogs can evolve very quickly. Even wild wolves have an immense genetic variety and can evolve just as quickly.

The Evolvability Of Dogs: A Journey From Mongrels To Poodles

The Evolvability Of Dogs: A Journey From Mongrels To Poodles

One of my daughters recently moved in with me for a while, and she brought along her dog Oscar. As a life-long cat person, this was a first, and I’ve become enchanted. This led me, in the context of last week’s discussion of food domestication, to read up on the domestication of the dog from the wolf, an event followed much later by the establishment of some 300 dog breeds. (Oscar is decidedly a mongrel). I learned that amazing insights into dog genetics have been acquired in the past few years; an excellent online-accessible review article provides details and references. 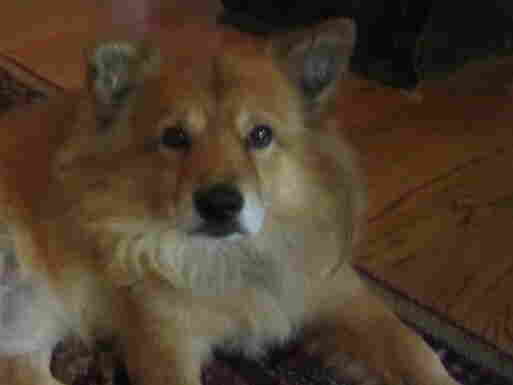 Until recent times, these domesticated dogs were interbreeding “mutts,” moving across the planet with their journeying humans and probably on occasion back-crossing with wild wolves. And then,  some 200 years ago, dog breeding was initiated in England, generating the highly inbred and distinctive lines we encounter today. It’s been calculated that if you start with the genetic diversity of wild wolves, then 5 percent of that diversity was lost during domestication whereas 35 percent is lost as the consequence of breed formation. In other words, poodles are really similar to other poodles.

Several dog genomes have been sequenced and other molecular tools have been brought to bear, establishing the genetic basis for a number of traits. For example, 14 small breeds (Pekingese, toy poodle) all carry the same version of the gene encoding insulin-like growth factor, and long vs. short fur arises as the consequence of different versions of the gene encoding fibroblast growth factor-5. As we saw with salmon, growth factors are key drivers of diversity.

And now we come to what’s for me the most interesting part. If you take, say, a wild grass and start inbreeding it, selecting for traits like stalk length or flower morphology, you’ll for sure get variants on the grass theme, but this variation will be modest compared with the difference between, say, a great dane and a Chihuahua.  That is, the mongrels that the breeders started out with 200 years ago already harbored a great deal of genetic variety such that it was possible to generate stunningly different outcomes using the 300 different selection regimes that produced the 300 different breeds. Breeding programs can only yield as much variation as is harbored in the gene pool, and the dog gene pool proved to be a gold mine.

So where did so much genetic variety come from? Two candidate sources have been identified.

First, it’s been found that dog genomes harbor DNA sequences, called mobile SINEC_Cf elements, that tend to leave one chromosomal location and insert themselves into a second chromosomal location. Should they happen to insert into a gene or a regulatory element, this modifies the encoded genetic information, generating “insertional mutations.” It’s been estimated that dog genomes have at least 11,000 potentially mobile SINE elements whereas human genomes have less than 1,000.  Hence high rates of insertional mutations may have generated some of the variety in the dog gene pool.

Second, it’s been found that many of the genes or regulatory elements involved in generating morphological traits during canine fetal development have a particular feature: they carry what are called tandem-repeat sequences – e.g. CGA-CGA-CGA again and again. When such regions are copied in the germ line, the copying enzymes tend to get confused and synthesize too many or too few repeats, generating  “slippage mutations” in eggs and sperm that are inherited by offspring. The slippage rate proves to be far higher in dogs than in other carnivores. Hence high rates of slippage mutations may also have contributed to the variety in the dog gene pool.

Did the tandem repeats and SINEC_Cf elements first show up in the domesticated mongrels that Victorians later subjected to their breeding programs, or were they also present in ancestral wolves? The answer has just come in: High levels of SINEC_Cf elements and tandem repeats are also present in the genomes of modern wolves, meaning that both were doubtless present in the genomes of ancestral wolves.

So – wolves themselves, and probably canids in general, represent a long-standing evolvable lineage. Rodents prove to be a second evolvable lineage (think mouse vs. porcupine) whereas, except for size, a cat is pretty much a cat across the board.

The just-so story of the dog therefore goes something this: 30,000 years ago, an evolvable wolf group came to harbor key mutations that facilitated, however slightly at first, the capacity to be comfortable living around humans, perhaps retrieving game or manifesting some other valued trait in exchange for a reliable food supply, at which juncture the domestication game was on. When, much later, breeders started selecting for more exotic traits like long vs. short snouts, they tapped into the copious variability that was already present in the gene pool, and the breeding game was on.

And what about dog behavior? Dog behavioral traits are starting to be analyzed with modern genetic tools, but progress will be slower than for coat color given that many genes are involved in specifying behaviors. Here’s how a recent review1 concludes:

In the end, what will be the most difficult to understand is our own relationship with the dog. Unwavering loyalty, compassion, and blind adoration are not traits we can map with our genomic tools, and for now we must be content with that. In the words of American author, Margery Facklam, “We give dogs time we can spare, space we can spare, and love we can spare. In return, dogs give us their all. It’s the best deal man has ever made.