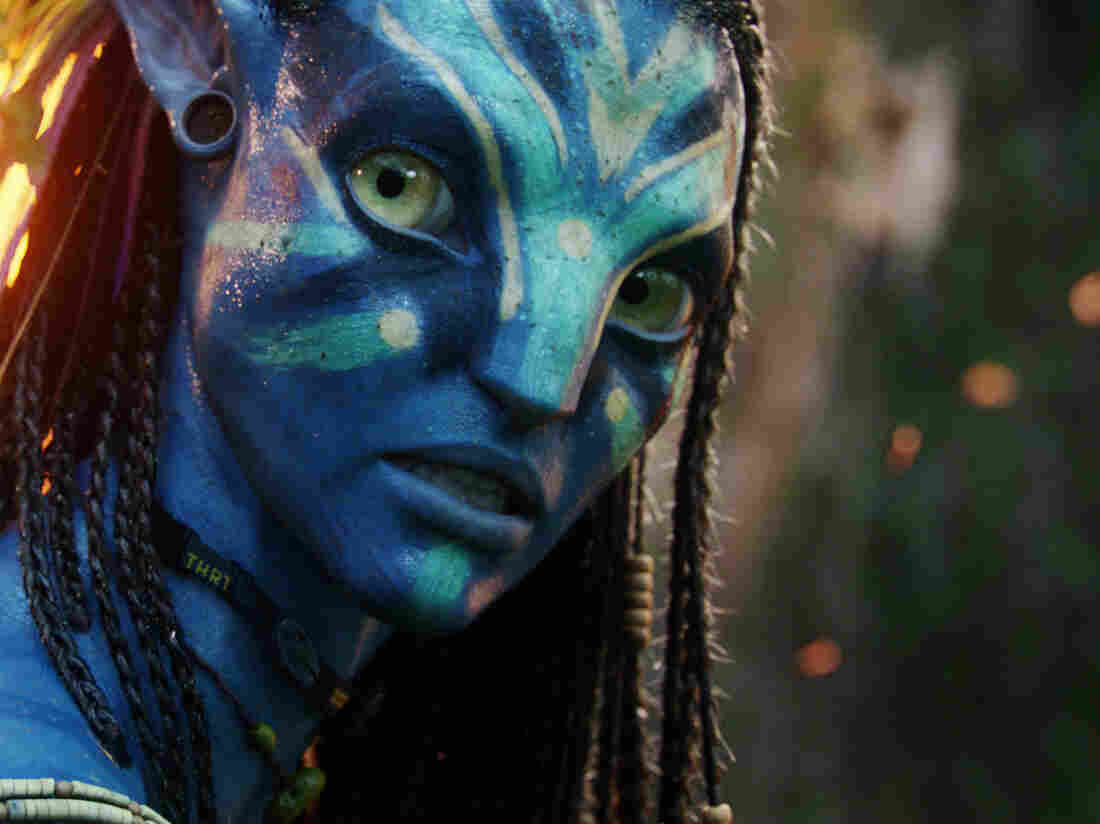 The Sideshow: Would a movie like Avatar be as good -- or as bad -- if wasn't in 3D? Twentieth Century Fox hide caption 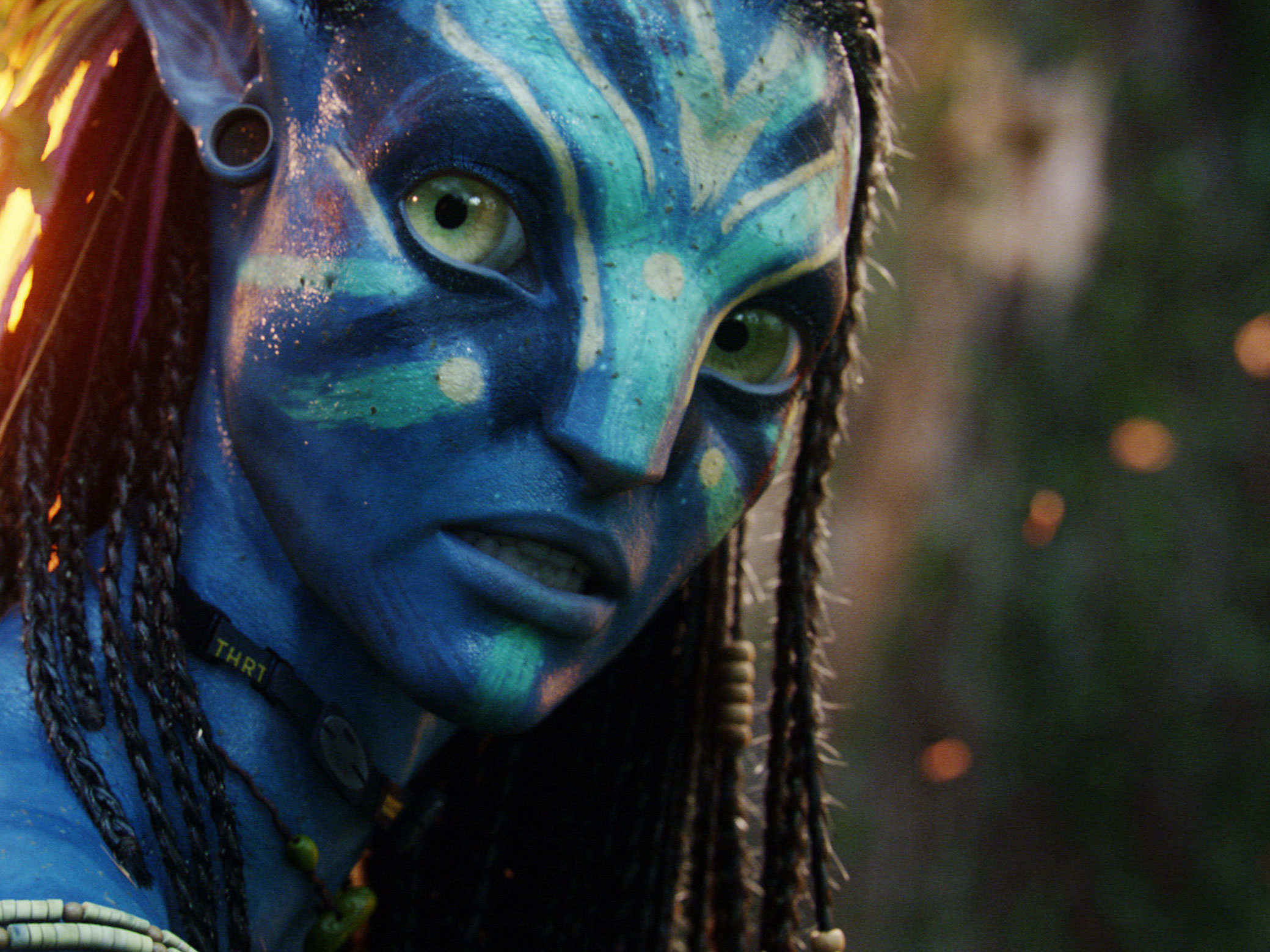 Technology, as a general rule, is the friend of movie making, as it is, I think, the friend of all the arts. Engineers design tools that afford new ways of telling stories and film, let’s say for the sake of argument, is in the business of storytelling.

The movies have always been technology driven. This was true in the olden days. Think of what happened when sound was introduced. And it’s is true now. For a fascinating example, consider the case of Pixar, which started life as a hardware company; they made animations to demonstrate what could be accomplished using their products. Now, they make great movies.

The question I want to consider is this: Why are 3-D movies so bad?

No, the problem with 3-D is conceptual. The whole motivation for 3-D movies is confused. Despite the wild success of Avatar, 3-D movies remain, I think, somewhat like pop-up books themselves, a childish novelty.

The question is, why?

The short answer is that 3-D makes no contribution to cinematic storytelling. It remains at the special effect level, something like the way pop-up book technology stands to the telling of Hansel and Gretel. 3-D doesn’t enable a different kind of story to be told, and critically, 3-D doesn’t let you to see anything you couldn’t see before.

The aim of the storyteller’s industry is to show you something, to exhibit a world and present you with meaningful events. Your job, as a member of the audience, is to take a look at what is given. You bring what you know and what you care about to the task of making sense of what you are shown. Both parties make a contribution. The creator gives you something to consider. You have to do the considering yourself.

Suppose you want an apple. I can make your craving disappear either by giving you an apple, or by punching you in the stomach. In the former case, I give you what you want and I leave it to you to put the apple to its proper use (that is, to eat it). In the latter case, I eradicate your craving, but by manipulating you in a manner that has nothing really to do with apples, hunger or desire.

3-D special effects have about as much to do with storytelling as a punch in the stomach has to do with giving you what you want.

That is to say, nothing.

The storyteller’s job is to give you a world that is worth taking an interest in. And if you take an interest in it, you’ll pay attention, and you’ll think, and feel, and identify, and yes, enjoy all manner of emotional and sensory effects. In general, art is an opportunity to explore thoughts, emotions and sensations in just this way. But the storyteller is not in the business of generating the thoughts and feelings directly.

Sure, one of the things storytellers of all sorts have to do is compete for your interest and capture your attention. Bright lights, loud bangs and, in the case of film, subtle, and maybe unnoticed, play with depth and focus can be put to artistic work by the storyteller.  But it would be a grave mistake to take this to suggest that movies are a mere expedient for triggering events in your nervous system, or that storytelling is a kind of psychological manipulation.

I fear, however, that that’s the best that can be said of 3-D special effects. 3-D tricks bypass story building and micromanage your sensory response. Because the value is in the story, not the response, 3-D is an abdication of value.

My children and I loved How to Train Your Dragon, which we saw in 3-D. So I don’t mean to imply that application of 3-D in and of itself necessarily ruins a movie.

My point rather is that when a movie in 3-D is good, it’s good despite the 3-D and not because of it. 3-D is a distraction from the story; at best it is a pleasurable side effect; it has nothing more to do with the film’s basic content, ideas or meaning than, say, the quality of the popcorn or the chairs in the theater.

There is more to what is wrongheaded about our fascination with 3-D movies:

For one thing, conventional movies were always already in 3-D! Roger Ebert makes this very point:

When you look at a 2D movie, it’s already in 3-D as far as your mind is concerned. When you see Lawrence of Arabia growing from a speck as he rides toward you across the desert, are you thinking, 'Look how slowly he grows against the horizon?'

The answer to Ebert’s rhetorical question is a resounding, no. We see Lawrence of Arabia move toward us along the third dimension. We don’t need 3-D effects to experience the three-dimensionality of depicted space.

There’s a subtle conceptual issue underlying this point. In general, representations don’t need to resemble (share properties with, look like) what they represent. I can describe a tomato as big, red, and spherical and I can do so using typescript none of which is big, or red, or spherical. Or to use an example from the writings of philosopher Daniel Dennett: I can represent the fact that John got to the party after Mary by mentioning John in a sentence before I mention Mary. Time in the representation (the sentence) needn’t match time in the represented domain in order for the sentence to do a perfectly adequate job representing.

Sometimes it is useful to deploy a representational device that is, in relevant respects, like what it is used to represent.

For example: Imagine that in a court of law a lawyer presents his theory of how the traffic accident occurred by setting out toy cars on a table top before judge and jury. In this kind of table-top model, the actual spatial relations among the toy cars is meant to mirror and so exhibit the spatial relations among the cars allegedly involved in the accident. This is a genuinely 3-D representation and it can be an effective way of demonstrating what might or might not have happened.

As we have said already, however, it would be a big mistake to think that a representation must be 3-D in this way to exhibit, demonstrate or in other ways represent spatial relations.

There is further issue lurking here: We are aren’t sufficiently clear about the difference between what is represented and mere special effects.

Consider the case of our lawyer with his toy cars again. The lawyer is a storyteller. He tells you what he thinks happened. He uses the toy cars to do this. The toy cars don’t do the telling. They just sit there for you to consider. They show you something, but only in the context of the lawyer’s presentation.

Now imagine that during his presentation the lawyer releases exhaust fumes into the room. Maybe he wants to give the members of the jury the illusion that they are in the presence of real cars with running engines. He wants to make an impact. It is worth noticing that now the lawyer is doing something entirely different than telling his story. The table-top model displays what happened, at least according to the lawyer, and it affords the jurors the opportunity to think about what happened, or might have happened, by inspecting the construction itself. Crucially, the model does not produce in spectators the illusion that they are actually at the scene of the accident or in the presence of real cars! It doesn’t aim at that! It aims at showing them what happened.

The fumes, however, are a special effect, and, in contrast with the toy cars on the table, the fumes have literally nothing to do with the accident, or with what the lawyer is arguing. At best, you smell them and undergo the corresponding olfactory experience. The smell is nothing but a sideshow!

3-D effects are just this kind of sideshow.