Accessibility links
Our Divided Legacy In An Age Of Miracles And Horror : 13.7: Cosmos And Culture The global culture we built on science and technology has taken us farther then our ancestors could have imagined.  But the global meaning we choose for that science allowed us to denude the world and our place in it.

Our Divided Legacy In An Age Of Miracles And Horror

Our Divided Legacy In An Age Of Miracles And Horror 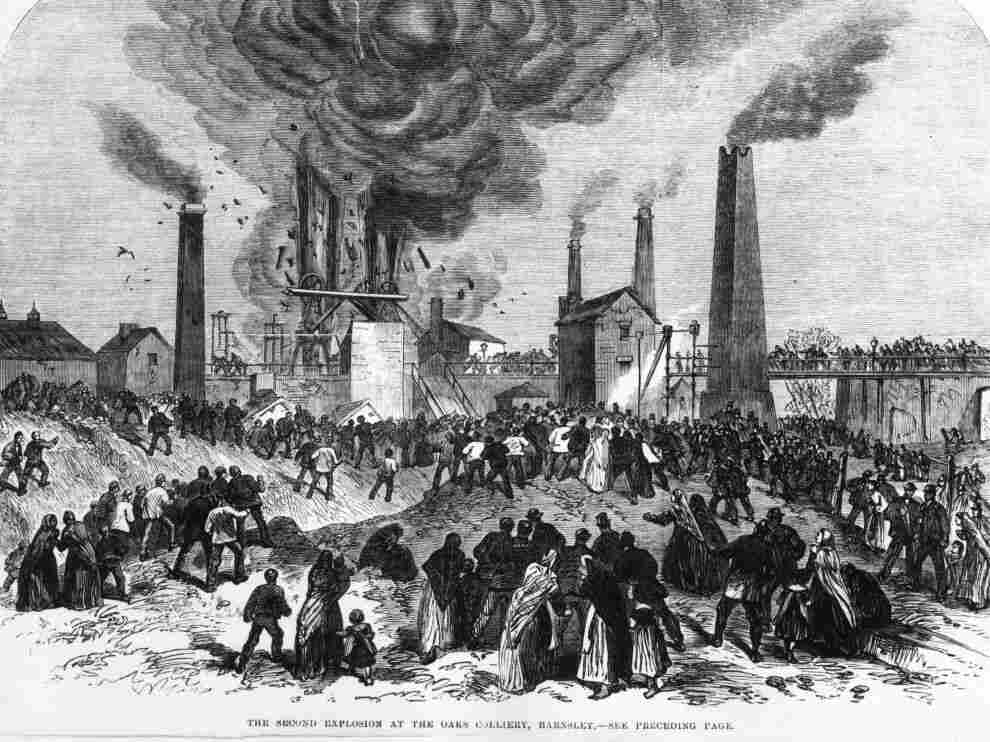 In yesterday's thoughtful post, Stuart Kauffman asked if our way of being human needed a thorough revision. He invoked the image of a society that had lost its way in a sea of material goods, a society where citizenship in a community of companions had been replaced by consumership in a culture of commerce.  He ended his musing with a call for us to imagine new trajectories for culture, trajectories that might embrace the best of what we have created and create the best of what we might become.

To begin that process, first we need to understand where this culture has taken us. The roots of our world now were put down 200 years ago in the Industrial Revolution which, in turn, was nourished by the Copernican Revolution some 250 years earlier.

Together, these great turnings of mind and matter left us with a divided legacy.

The Copernican Revolution moved the Earth from a cherished, central position in the Cosmos. It also heralded the birth of modern science and its cherished vision of knowledge based on the unbiased application of reason and experiment.  Two centuries later, the fruits of that vision would be unleashed through the power of coal and steam to create a new world of the machine.

An age of miracles and horror had begun and that is our divided legacy.

The scientific-industrial model for culture was supremely effective at organizing human activity. Those societies who invented it, or adopted it early, gained an enormous advantage over those who did not.

Powered first by coal and then by oil, it allowed humans to achieve impossible dreams: flight, instant communication, the eradication of disease.  But it also yielded new modalities for our nightmares, either by intention or by accident.

Using those same sources of power, we invented industrial-scale slaughter and set in motion the largest mass-extinction since the end of the dinosaurs. This is one aspect of our divided legacy: material gain and material destruction.

Yet this legacy has a second face that is just as important as the first not for its effect on matter but for what it did to the human spirit.

New ways of being human were embraced and enlarged upon through our embrace of science (and the technologies it yielded).  More importantly new ideas about what it meant to be human were also imagined. This occurred when we embraced one particular idea of what science meant.

We take for granted that the scientific perspective must entail a world without meaning, a dead and disenchanted world.  This interpretation of science was embraced as a world-view.  It became the one-and-only, self-evident, way things were. By seeming to emphasize a dead world of material, it could also become the cognitive bedrock of the hyper-efficient, commerce-above-all-else perspective Stuart Kauffman decried in his example of the Purple Plastic Penguins.  But this reduction of all that can be experienced to "nothing but" mere matter is not an inevitable consequence of scientific practice.

Stripping the the Universe, with its uncountable wheeling galaxies, of meaning, import and relevance for the human sacred comes not from some essential root of scientific activity but a historically conditioned interpretation of science by the specific historical contexts of the culture that gave birth to it.

There are reasons we put this face on the practice of science.

To see this point, imagine for a moment that the scientific and industrial revolutions were trajectories beginning in the East and not the West. As the historian Ian Morris shows in his new book, Why The West Rules-For Now, were it not for accidents of history and geography this easily could have been the case.   Had the scientific-industrial model of culture-building moved across the globe from the Eastern hemisphere rather than the Western one, it is not hard to imagine that its cultural interpretation might have been quite different.

Influenced by Buddhism and Confucianism, the background in which scientific practice operated might have come to look quite different.  It would not necessarily be better but it would be different and that is the point of this imaginative exercise.

With this perspective in mind, it's easier to see how Western Europe, struggling to overcome centuries of religious domination with it's wars, inquisitions and witch burning, would embrace a view of science that seemed to demand a disenchanted world. From the 16th century on, the development of science would become wedded to a perspective that saw the inanimate and the animate as essentially meaningless. The 19th and 20th centuries and their era of machines would stand on this foundation. In this way we built a world of miracles that was already dead in our hands.

Thinking ourselves outside the rules of biology and planetary systems, everything became raw material for the new hyper-efficient culture of goods and services.  More of us lived longer and better than any time before and that was very good indeed.  And yet what we built lacked some essence we believe must have existed before: Our location in a community of living things with a sense of place and purpose.  All the while, our embrace of technologies driving these miracles was quietly driving us to the edge of what our planetary systems could sustain.

That is our divided legacy.

The global culture we built on science and technology has taken us farther than our ancestors could have imagined. But the global meaning we choose for that science allowed us to denude the world and our place in it.  Whatever comes next will have to involve the creative power of scientific practice.  But to construct a truly sustainable world, we will have to reinterpret science to include the meanings we can not help but imagine into existence.

To begin, we simply have to see that other ways are indeed possible.