Accessibility links
Students Are Not Products And Teachers Are Not Social Engineers : 13.7: Cosmos And Culture The teacher shows students a world and let's them make up their minds about it. Teachers, unlike politicians, treat their students with respect.

Students Are Not Products And Teachers Are Not Social Engineers

Students Are Not Products And Teachers Are Not Social Engineers 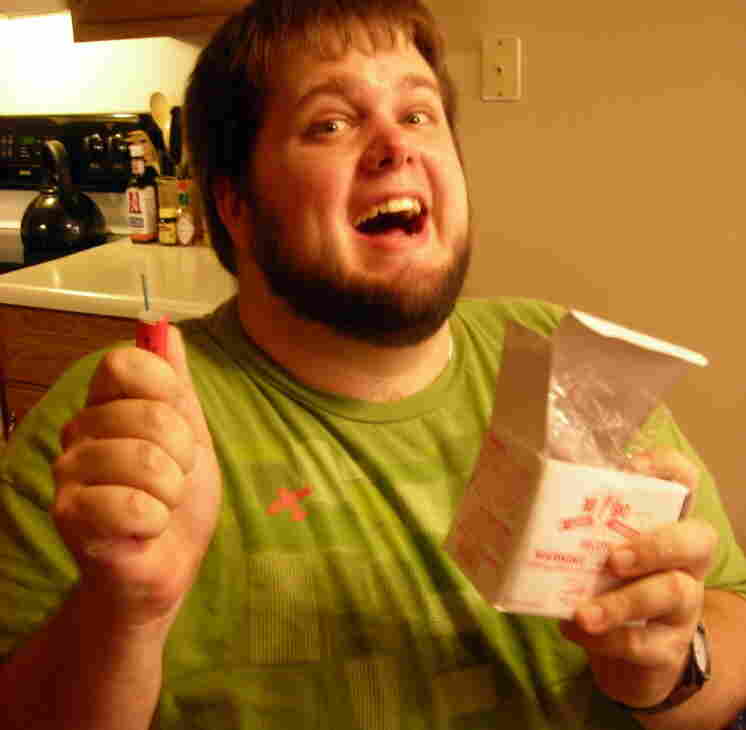 Teaching can be a lot like lighting a firecracker, if you know what you're doing. Erica Minton/Flickr hide caption

One of my high school English teachers was macho and abusive. He said he was a poet; and he certainly could read beautifully, in both English and Spanish. But he was cruel. He reduced me to tears twice. And I witnessed him frighten and humiliate others. I haven’t hated many people, but I’m pretty sure I hated him. I think I still do.

But the remarkable thing is that he was, without any doubt, a terrific teacher. Not that I’d wish him on my worst enemies, let alone my children, or that I excuse his sadism. I’d have fired him in a heartbeat. But the fact is, he was remarkable, and what made him such a powerful teacher was not what he said, or even what he did. What made him special was what he was: a passionate, committed, lover of literature and good writing.

He showed us that that was a possible way to be. And so he offered each of us a challenge: to make up our own minds about literature; to take a stand where he had taken a stand.

In a strange way, however depraved his behavior may have been in other respects, at least in my eyes, his practice as a teacher was grounded on respect. He didn’t tell us what to think. He didn’t manipulate us. He exemplified a phenomenon — a certain kind of caring about literature, and language, and argument — and he trusted us to form our own judgments about that phenomenon.

You’d have to be a fool to send your kids to school to learn what the teacher thinks or believes. So said Augustine, who, like Plato, believed that you can’t teach knowledge by telling. What a good teacher can do is afford his or her pupils an opportunity to learn something, not by telling, but by enabling something to be seen, experienced, learned.

A wise man I know once made the same point but in rather different terms: the job of a good teacher is to put a firecracker up your rear-end and light it. How you respond to that — what you get out of it — that’s up to you.

Politics is the enemy of teaching and yet today, everywhere, I see teaching bending itself to politics. Let me explain.

Politicians — at least the politicians in this American culture we live in — use words not to communicate, or to argue, or persuade. They pretend to do this. But they don’t. Politicians, like sales people, are interested in outcomes. They want to influence you and they are interested in your beliefs and attitudes only in so far as these are potentially levers they can manipulate to bring about a desired outcome. For a politician, you are a means to an end, not an end in itself. Which is just another way of saying that politicians do not respect you.

This much is clear. Politics ought to be as remote from the classroom as it is from friendship. Now I am a university professor, not a high school teacher. I work with adults, not children. But in my experience as a working teacher, politics has insinuated itself to the classroom. This is bad and it should be resisted.

I don’t mean ideological bias. Despite all the outcry in recent years, I have never observed systematic political bias, of any kind, at any of the universities I’ve worked at. In my experience, the ideological complexion of the classroom is, for better or worse, a pretty good reflection of that of the surrounding society.

Professors these days, as well as our graduate student assistants, are encouraged to approach the classroom as a social engineer might. We are prodded to think about how most effectively to seat the students, to organize them into working groups; journals, wikis, presentations, and such like, are devices we are told to use to restructure the classroom experience. And we are encouraged to get ourselves videotaped and so, in general, to come to think of ourselves as teaching professionals whose main concern is student outcomes.

Now there is nothing wrong with working hard to make the classroom the most exciting place it can be. But we are not social engineers and students are not products we are manufacturing. To think of students that way is to insult them and it is to make genuine teaching and learning impossible.

Students, like citizens, are free and equal, and they have the power of reason; they can make up their own minds and can discover and enforce their own conceptions of value and truth and meaning. To view them as any less is to view them the way politicians so often view the public, without respect.

Did you know that at many American universities, including my own, students are sometimes required to submit their essays not to their teacher, but to a private company hired by the university to screen papers for plagiarism by comparing them against the company’s database of papers. Students cannot take the course if they are not willing to let their own writing get taken up into the database against which future student work will be compared. I teach at a public university, but the companies that do this are private and for-profit.

I refuse to make use of this software in my classroom. How can I hope to be a teacher for people to whom I stand in such a relationship?