Accessibility links
Santa Claus And Lunar Landings: Do You Believe? : 13.7: Cosmos And Culture There is a surprising number of grown-ups that believe we never landed on the moon. Maybe they should believe in Santa Claus as well. 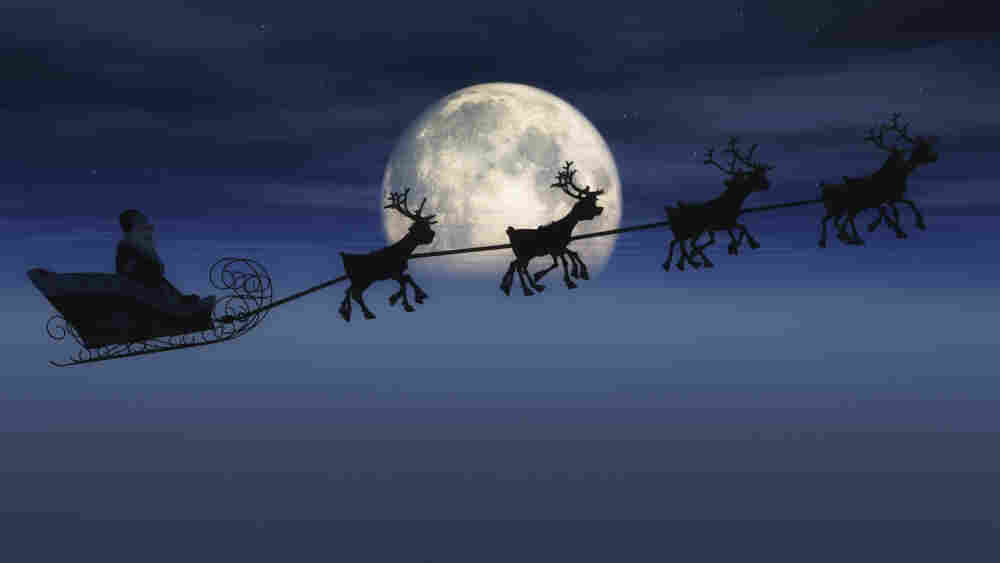 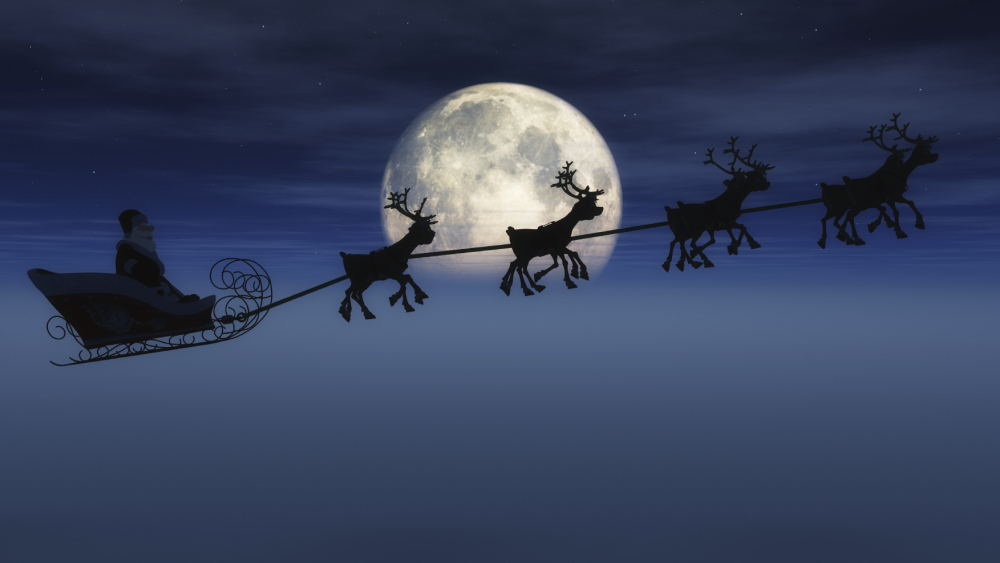 If you are under eight-years old, please don't read on. Some fantasies should last for a while, before they are crushed by the light of reason. Life would be pretty drab without them. After all, the power of a myth is in its believability, not in its veracity.

Santa Claus is inspired by a bishop from Myra from the fourth century, a town today in the province of Anatolia, Turkey. He was a generous man, especially to the poor. There is a story that he gave dowries to three poor women so that they wouldn't become prostitutes. The myth evolved and is now widespread in much of the Western -- and even non-Western -- world. In fact, my first media appearance, if you could call it that, was a front-page picture in one of Rio's big newspapers, the now-defunct Jornal do Brasil. I was four and looked pretty happy sitting on the lap of Santa Claus. I can't say the same about the poor guy, though.

Dressed as if he had just arrived from Lapland, he was drenched in sweat under the scorching 95 degree tropical sun. In the tropics Santas should wear shorts and tee-shirts. Perhaps, instead of reindeer, he should be pulled around by parrots. Funny, too, that I grew up in a Jewish family. They picked the wrong boy for the photo, although the legend of the picture was right on: "He doesn't forget anyone."

But there comes a time when the (lovable) notion of a plump old man flying across the world, pulled by reindeers and going down everyone's chimneys to deliver gifts becomes a fantasy. Which brings me to the lunar landings. Are they a myth too?

This past tuesday, during the winter solstice, we had a beautiful lunar eclipse, the first during winter solstice since 1638. The moon was blood red, a sight that used to scare the living daylights out of many people a few centuries back. It probably still does for some today. No wonder John used this image as a symbol of the coming Apocalypse. Hopefully, some of you stayed up to watch the eclipse. There were very precise tables predicting when it would happen. I also hope you were amazed by this precision. How remarkable is it that we can predict the motions of celestial bodies with such accuracy?

Without this accuracy, in fact, lunar landings would have been impossible. I'm shocked to see how many people doubt the landings ever took place, calling them a "hoax." The Web is full (see, e.g., this site) of nonsensical conspiracy theories, trying to diminish what is arguably one of the greatest achievements in the history of civilization. There may be millions of people that find the lunar landings as impossible as the existence of Santa Claus. "Yes, son, Santa doesn't exist. And by the way, astronauts were never on the moon. They are both lies. Sorry ... "

Most conspiracy theories focus on the first lunar landing, Apollo 11 on July 20th, 1969, although some go beyond that. "NASA fabricated the video in Stanley Kubrick's UK studio." (Unbelievable!) However, there were six lunar landings, with a total of 12 astronauts, in missions spanning a 41-month period. Gene Cernan and Jack Schmitt from Apollo 17 accomplished the last landing on December 17, 1972.

What are the arguments for the hoax? Here are a few:

1. How come the American flag was fluttering if there is no wind on the moon? One would expect a frozen flag, with no motion. However, the astronauts used a stick to keep the flag open. Fixing the flag to the stick imparted a force that created an oscillatory motion. In the absence of much friction (only the flag on the stick), the motion can persist a while. It's all due to the vacuum on the moon. See this video to see why.

2. Shadows seem to project in different directions even though there were only a few light sources. One has to remember that the lunar surface is not flat. In a curved, inhomogeneous surface, the web of shadows project in multiple directions that depend on the particular ground topology and the details of the lighting. I'd also add that if NASA were to fake the landings, they would have done a very good job at it and would have taken care of such ridiculous mistakes, which depend on first-year physics.

3. The footprint is too well-defined for the dust-like material covering the lunar surface. How could it be done without moisture? You can check how this is simply done in this fun video. To bust a hoax you need the proper equipment. In this case lunar soil and a vacuum.

4. Radiation exposure would have "fried" the astronauts. Wrong! Yes, there is lethal radiation in space and this is a major challenge to a manned flight to Mars, due to its 18-month duration. But unless the Sun is very active, the dosage is minor and trips to the moon were quite short.

I could go on, but I don't think it's necessary. To deny scientific advances is to go back to a medieval state of obscurantism that frankly doesn't add to anything. Perhaps part of the blame goes to our scientific education.

I wonder how people in other developed countries feel about the lunar landings? Is this a typical American phenomenon, based on a long tradition of suspicion of governmental activities? Do people really think that making up something like this would help win the Cold War? Or is this really revealing a deep-seated fear of science, of what it can do? This latter argument is my pick.

Science has a terrifying side to it, which has been greatly amplified in the public imagination by both nuclear weapons and Hollywood movies. The lunar landings are so "out there" that they almost blur the line between science and science fiction, bringing us a step closer to who knows what else. To blame NASA for a hoax is to create a false sense of protection against these advances of science.

It's truly tragic that, instead of embracing the amazing achievements of science, people would choose to close their eyes to reality and believe in a lie. It would be much better to believe in Santa Claus.