Accessibility links
Rethinking Who On Earth Controls Interstellar Policy : 13.7: Cosmos And Culture Our thinking about extraterrestrial intelligence and our relationship to it is unsophisticated at best. Astrophysicist Adam Frank wonders if it's time to decide in a pragmatic way how we'd like to deal with aliens.

Wolves Among The Stars: Rethinking Who On Earth Controls Interstellar Policy

Wolves Among The Stars: Rethinking Who On Earth Controls Interstellar Policy 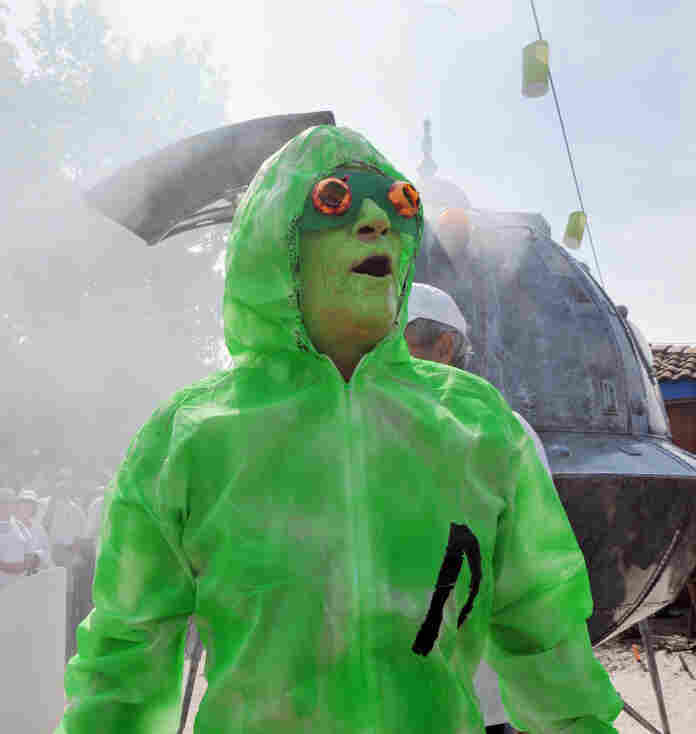 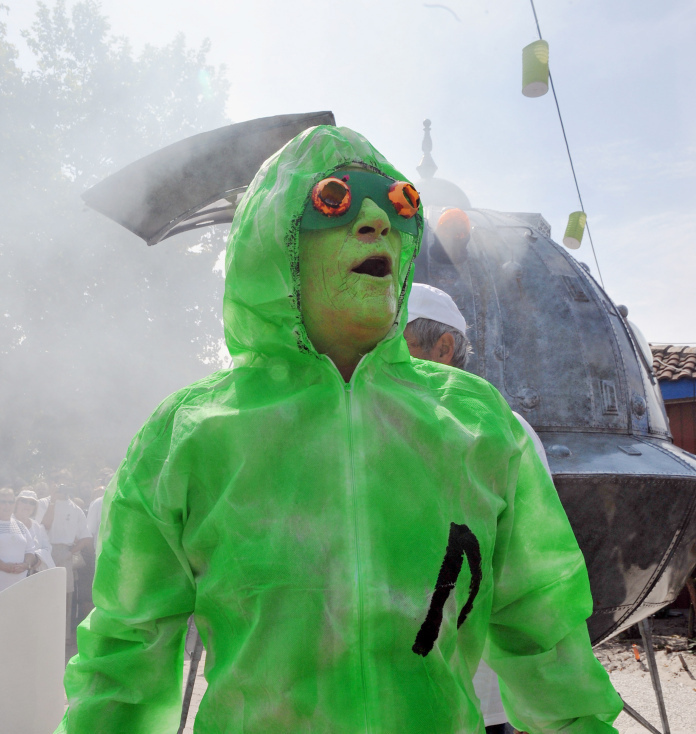 How naïve are we in our thinking about extraterrestrial intelligence and its inclinations?  Here we sit, a newly high-tech species, unwittingly broadcasting our existence to anyone (anything?) with a radio reciever.  Are we like baby birds chirping away announcing our presence to a galaxy full of predators?  At what point do we reasses our assumptions, and our actions, and decide it would be wiser go radio quiet for the time being?

Last spring Steven Hawking made news when he used his Discovery Channel series to opine that getting on the down-low (instellar communication wise) would be the right choice.  In his view,

If aliens ever visit us, I think the outcome would be much as when Christopher Columbus first landed in America, which didn’t turn out very well for the Native Americans.

This launched a fury of blog activity both supporting and contradicting Hawking's pessimism.  What I did not see in all the hub-bub was much mention of Greg Bear's two tightly-written books -- The Forge of God and the The Anvil of the Stars -- which deal directly with the issue. Recently I finished rereading the series and it reminded me of the vast assumptions we make in dealing with our place among other intelligences and how little collective thinking has been applied to the issue.

In Bear's story, the Earth is visited not by laser-wielding aliens but fully autonomus Von Neuman machines.  These are self-replicating interstellar probes that spread out among star systems using the resources they find to generate more versions of themselves.  The premise of Bear's fictional Universe is that with the laws of physics keeping instellar travel slow (it takes a long time to travel among the stars even at near light speed) all intelligent technological species will, essentially, be in the dark about what is out there.

Thus for some cultures the best defense will be a good offense.

The Von Neumann machines of Bear's story are killer probes. Once our stray radio broadcasts are picked up, the probes arrive, try to build more versions of themselves and, essentially, dissesmble our planet.  No explanations.  No monologue of evil intent.  Just mindlessly eliminating potential competition and potential threats. Then it's on to the next system.

I leave you to explore Bear's books on your own if your interested but what I always found compelling in his story was the relentless logic of Darwinian competion in a Universe governed by speed-of-light travel restriction.

We love to imagine warp drives and worm holes carrying us back and forth among the stars with an ease that looks a lot like intercontinental air travel (and hasn't that been fun these last few weeks!).  But if we take the physics we know seriously and don't ask for techo-miracles, then light-speed will remain an upper limit on interstellar civilization building.  The kind of psychology needed for interstellar relations in that case could very well tilt "reasonable" species into expecting the worst.

So who does speak for Earth on this issue?  Who decides our strategy for dealing with such a large and potentially significant concern.

As David Grinspoon described in a 2007 article for Seed magazine high level discussions on the subject have occured within the SETI community but not much beyond.  Even among those interested in SETI, the debate has been contentious. John Billingham, a member of the Permanent Study Group (PSG) of the SETI subcommittee of the International Academy of Astronautics, resigned in 2007 becuase the group refused to take a stand on the issue of so-called active SETI (beaming messages into space).  As Billingham put it,

At the very least we ought to talk about it first, and not just SETI people. We have a responsibility to the future well-being and survival of humankind.

So are the stars a warren of wolves or angels?  Who decides for us?  How do we decide?  And, most importantly, when is time to make a decision and act?