Accessibility links
Speaking In Defense Of Science : 13.7: Cosmos And Culture Although it may seem like old news, science and the teaching of science remains under attack in many parts of the country. This "anti-scientifism" is costing the United States dearly.

Speaking In Defense Of Science

Speaking In Defense Of Science 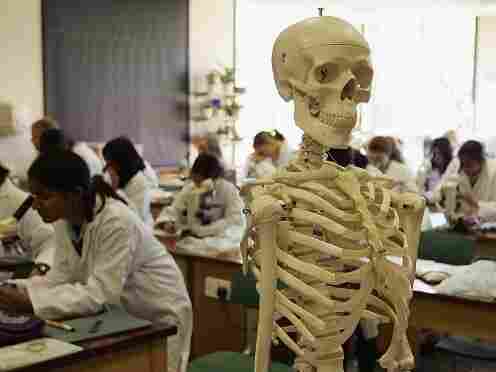 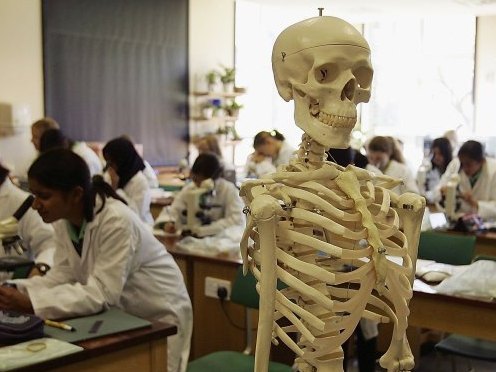 Although it may seem like old news, science and the teaching of science remains under attack in many parts of the country. This "anti-scientifism" is costing the United States dearly.

A country that distrusts science is condemned to move straight back to medieval obscurantism.

While many countries are working hard to educate their young about the values of science and of scientific research, in the U.S. countless people are teaching them to mistrust science and scientists, taking every opportunity to politicize and theologize the scientific discourse in ways completely incompatible with the goals and modus operandi of the scientific enterprise.

Or take the statement made by Bill O'Reilly, that my co-blogger Adam Frank posted here yesterday, concerning the tides and the existence of the moon. Can a man living in the 21st century, and with enormous media clout, actually state that God put the moon around the Earth to promote the tides? Apparently, yes.

And worse, O'Reilly called the people that pointed out to him that there are well-understood natural mechanisms that explain the origin of the moon and the solar system, and why there is life here and not on Mars or Venus, as "desperate." He continued:

"It takes more faith to not believe, and to think that this was all luck ... than it does to believe in a deity."

No, it takes an enormous amount of intellectual blindness to actually deny the well-established advances of science in the name of a faith based on an antiquated God of the Gaps theology. Unfortunately, many believe that what O'Reilly says with a straight face is true.

What are scientists and educators to do? First, we must speak out. We cannot let such absurdities go unchallenged. Here is an example on teaching evolution. Fortunately, there are many others. (Go to the National Center for Science Education for more.)

The old position that engaging is beneath our dignity will not help us advance the cause for a scientifically literate population.

Second, we should be honest about what science can and cannot do. We should celebrate and publicize all the wonderful achievements of science, but also be frank about the challenges we still face. Scientists should not use science as a weapon against belief by making it into a belief system. That, too, is a road to nowhere.

The danger of taking science too far, as in stating to the world that science has all the answers and can understand it all, is to lose its credibility when findings are doubted, or when "established" theories are supplanted by new ones. Much better is to explain how science goes about creating knowledge through a process of trial and error and constant verification by independent experimental groups.

Our scientific knowledge of nature grows through a self-correcting accretion process. New theories emerge through the cracks in old ones. There is drama and beauty in this endeavor, as we struggle to make sense of the world around us. To deny what we've learned is to deny one of the greatest accomplishments of humanity. Our children deserve better than that.

To not know is fine. To not want to know is disastrous.