Accessibility links
When Robots Attack: New Mythologies For A New Age : 13.7: Cosmos And Culture They say there are no new stories to tell. They are wrong. There is a drama being played out between humans and our machine creations whose final script is yet to be written.

They say there are no new stories to tell. They are wrong. There is a drama being played out between humans and our machine creations whose final script is yet to be written. 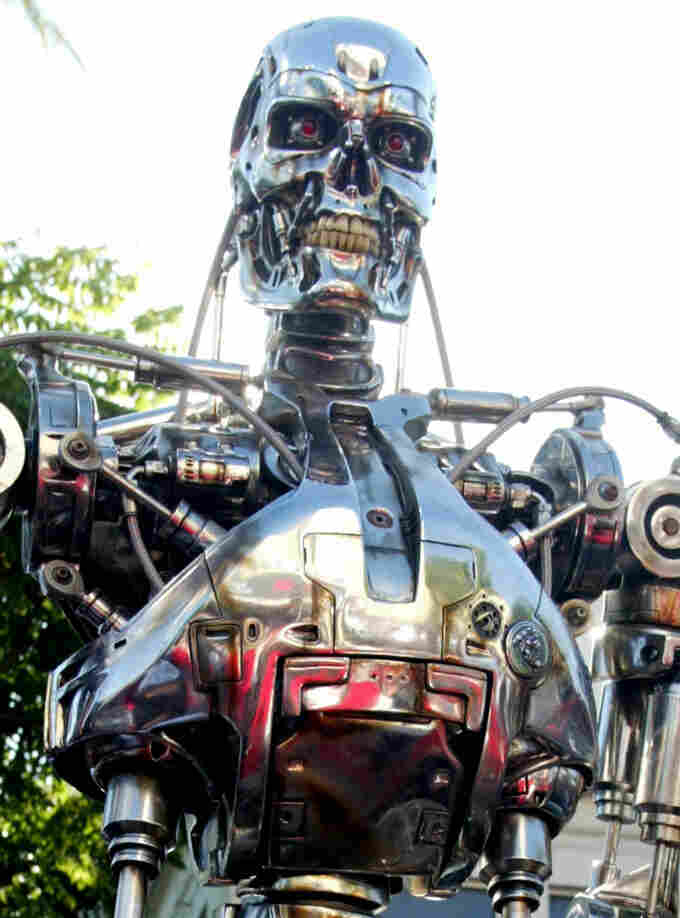 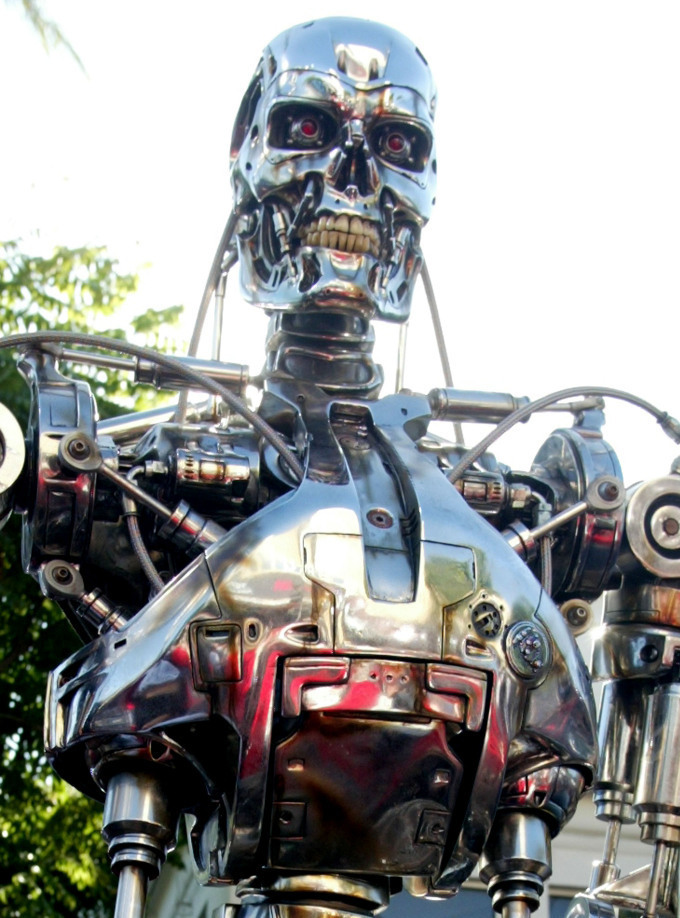 Human beings are storytellers. We are mythology makers. Myth, understood properly as grand, communally shared narratives, are a fundamental way we understand ourselves and our predicament as mortal, sexed beings. Myths are the way we place ourselves against the framework of the cosmos and imagine our place within the vast stage of creation.

Through the work of scholars like Joseph Campbell, Mircea Eliade and others, modern western cultures were re-introduced to the importance of mythology. They showed us that we could never escape telling, and retelling, certain kinds of stories because they are threaded through our cognitive DNA. Without them we would be adrift of meaning.

Looking across the storehouse of shared myths — sacred narratives that cut across cultures — you see ancient stories. There is the myth of the Hero's Journey (a hero makes a perilous trip to save his/her community) or myths of the Coming of Age (a youth makes the dangerous transition from innocence to adulthood). These stories have told again and again in every culture from ancient Greece to Tang Dynasty China to modern Hollywood. While it is remarkable that we have this culturally crosscutting storehouse of myth, it is even more remarkable that we have almost no new myths. Looking across the last 50,000 years of storytelling it's hard to find fundamentally modern narratives that rise to the level mythology.

Until you consider artificial intelligence, AI.

This week all eyes are focused on IBM's supercomputer Watson and its battle with human beings for ascendency on Jeopardy! For all its mock seriousness, the mini-drama played on the gameshow's soundstage is another chapter in one of the few truly modern mythological narratives. This is humanity's struggle to define itself, make sense of its collective fears and create meaning.

If you stretch things you might be able to find a few ancient stories that deal with a human being overcome by his creation. But, for the most part, they are isolated examples.

Beginning with Mary Shelley's Frankenstein, however, something truly new, truly modern was added to mix. It was a harbinger of things to come.

In the 1950s science fiction writers began exploring the consequences of making machines that think better and faster than we do. By the 1960s people became more aware of these machines at the periphery of their lives. At that point the stories began to proliferate beyond just science fiction fandom. Hollywood — our engine of myth — picked up the ball slowly.

In 1968 there was the errant HAL in 2001: a Space Odyssey. In 1970 there was the wonderful film Colossus: The Forbin Project, in which the U.S and USSR each hook up their nuclear arsenals to supercomputers that become sentient (sound familiar?). Then in 1984 came Terminator and the meme was completed as a megahit action-adventure movie. Fast forward to The Matrix and to Battlestar Galactica and it's easy to see how complete and all-pervasive the vision has become.

This narrative has now been told and retold so many times that it does not require much introduction or back-story (though we always love the backstory). What matters is our recognition that we have evolved into a new story. We have created a new, fully modern mythology that captures our deepest fears and seeks to provide some context into which we can set the questions we have to ask.

And what does that tell us?

We are close. We can feel it. The machines we rely on are waking up in the very real sense that we are giving them the responsibility for so much of culture's day-to-day operation.

Whether true AI is around the corner or decades away (or impossible) the mind-numbing progress of artificial computational engines has thrown us into that shadow world where we do not know. Like our ancestors who faced the uncertainty of starvation if the rains failed or the herds did not return, the anxiety we feel in that deep existential place of not knowing drives the creation of myths.

While rampaging super robots in the form of Arnold Schwarzenegger might not be in the offing soon, the plate tectonics of human culture are moving. We need to watch and to listen to these new stories because, like all myths, they are maps. They tell us what might be possible and what might be our possible responses.