Accessibility links
'Journey Of The Universe:' The Challenge Of Telling Everybody's Story : 13.7: Cosmos And Culture Filmmakers attempt to tell the story of the universe in a single hour. Impossible? Biologist Ursula Goodenough says the film Journey of the Universe is a triumph.

'Journey Of The Universe:' The Challenge Of Telling Everybody's Story

'Journey Of The Universe:' The Challenge Of Telling Everybody's Story 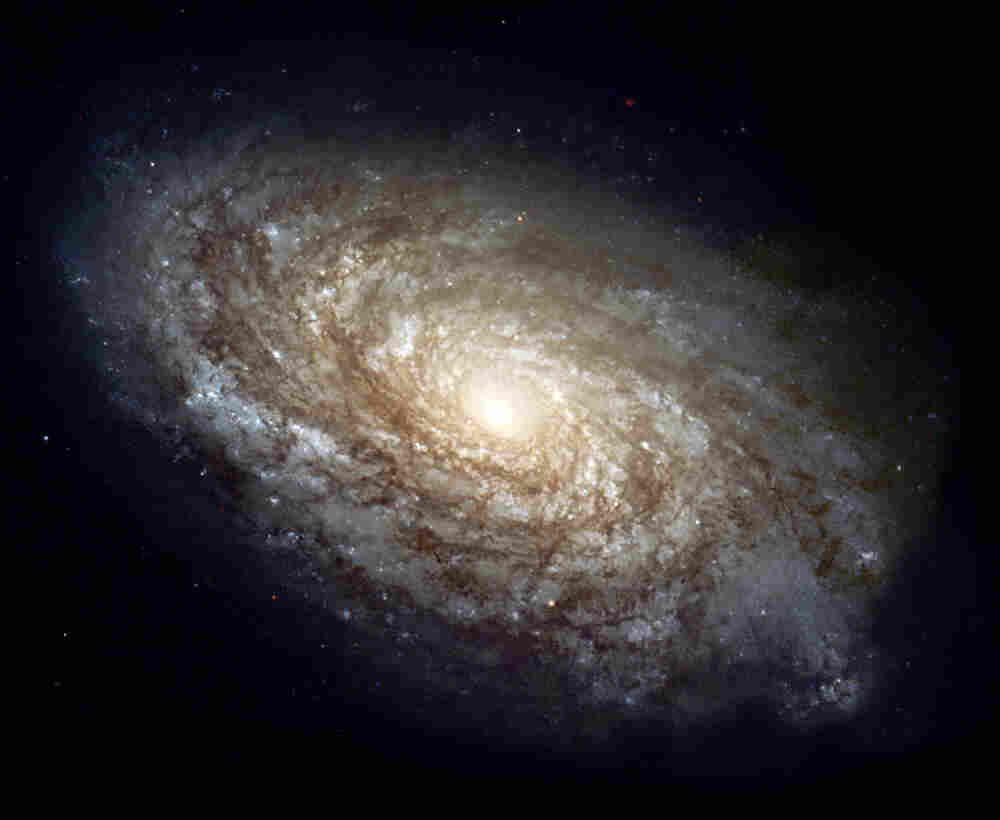 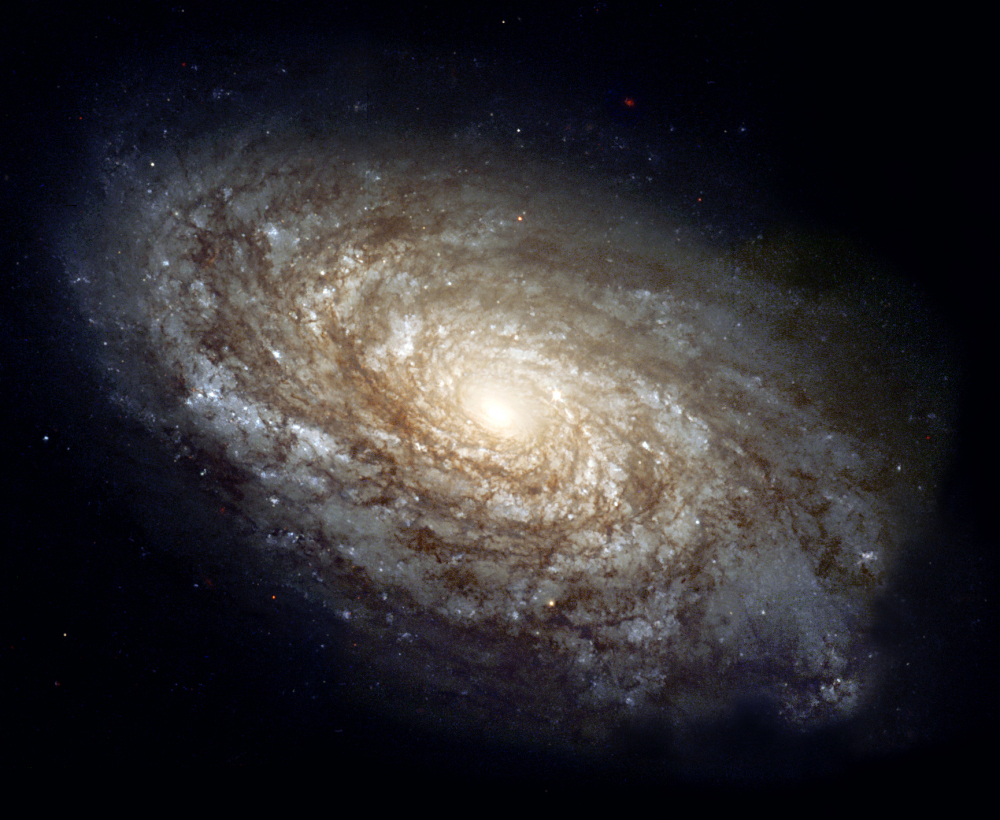 The majestic spiral galaxy NGC 4414 as photographed by the Hubble Space Telescope.

I imagine that a number of 13.7 readers have at one time or another watched (some of) the 13-hour Cosmos series with Carl Sagan, released in 1980.

Last weekend I went to the first public screening of Journey of the Universe, a one-hour movie directed and produced by the co-director of the Cosmos series David Kennard. From the film's website, here is a 2.5-minute trailer:

It's usually the case for me that trailers seems woefully inadequate after I've watched a movie, and that's for sure the case here, but since the film won't be released until June, that's the best that can be done to give you a sense of it.

Those with Sagan in their minds and hearts will doubtless protest that it can never be done again, just like no one else can ever really sing an Ella Fitzgerald or Edith Piaf. But this film isn't just doing it again. It's also doing something else.

In both works, we get the violin-rich scores and the zooms into images of stars and flowers and ocean waves, where, of course, present-day images and cinematography permit a whole new level of stunning visualization. In Sagan's case, these visuals provided the context for explaining things about nature in lucid and heart-felt ways. In Journey of the Universe, the visuals provide the context for a one-hour history of the universe, Earth, and life, told in engaging and evocative narrative.

The narrator – the Sagan equivalent – is the ruggedly handsome Brian Swimme, trained as a mathematical cosmologist and for many decades devoted to telling the universe story — Everybody's Story — in books and the classroom and workshops. He and his colleagues, all introduced on the website (where collaborator Mary Evelyn Tucker could be considered a force of nature), have spent the better part of 12 years pulling this film and its accompanying book together, a testimony to their extraordinary levels of commitment to deepen our knowledge of and engagement with these understandings.

"Telling the Story" is a huge challenge: for some listeners, a given version will be cringe-inducingly simplistic, for others more than they can absorb. Tucker and Swimme have, to my mind, walked that line skillfully, carefully choosing examples and metaphors that pull us in without insulting or overwhelming us, helping us grasp the implications without imposing interpretations, and maintaining a sense of joy and possibility throughout.

The movie's hook? Well, essentially the same as Sagan's: the notion that environmental concerns are best addressed when we recognize our origins and evolutionary history, when we understand that we are participants in and not observers of nature — enabling our ability to cherish and protect what continues to nourish us.

So, full disclosure: Brian and Mary Evelyn have been my close friends for several decades, and I gave them science-based feedback on versions of the film and book along the way. That said, I'll go ahead and hail this movie as a major contribution to our time, one that all persons on the planet should take in.

I'll flag the list again when announcements of its airings become available.

Meanwhile, let me close by lifting up another splendid feature of the weekend, which is that some 40 of us attended an intense two-day conference at Yale with Mary Evelyn and Brian, reflecting on the state of the planet and the film's message and implications. One of my favorite participants was Terry Tempest Williams, an acclaimed "nature poet" and environmental/free speech activist whose passionate intensity is wonderfully mixed with an endearing and wide-eyed curiosity. At one point she recited this poem, and I pass it along:

The eyes of the future are looking

back at us and they are praying for us

to see beyond our own time. They

are kneeling with hands clasped that

destined to come. To protect what is

wild is to protect what is gentle.

Perhaps the wilderness we fear is the

pause between our own heartbeats,

the silent space that says we live only

by grace. Wilderness lives by this

same grace. Wild mercy is in our hands.

Reprinted with permission of the author, Terry Tempest Williams, from Red: Passion and Patience in the Desert, Vintage, 2002.