Accessibility links
Pondering Prosody In Parrots And Children : 13.7: Cosmos And Culture The ability to talk, or sound like you're talking, can be found in some unexpected places. For instance, some parrots can sound just like their owners. Do they know what they're doing? Is there any meaning there?

Talking Birds, Chatty Babies And The Mysteries Of Language

Talking Birds, Chatty Babies And The Mysteries Of Language 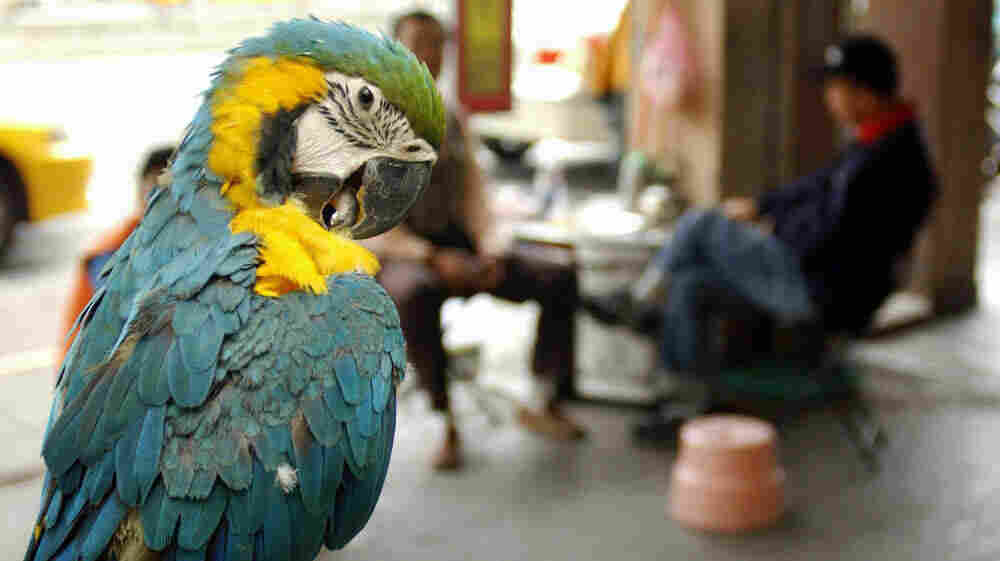 Got something to say? A pet parrot sits on its perch in Taiwan. Patrick Lin/AFP/Getty Images hide caption 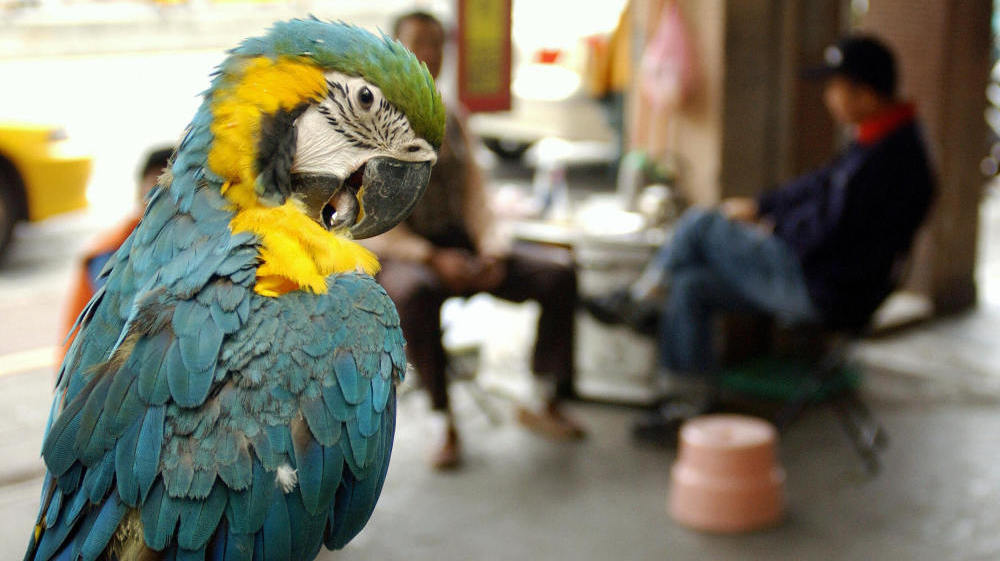 Got something to say? A pet parrot sits on its perch in Taiwan.

I've been intrigued by parrots, and intelligent birds in general, since I started hearing about Alex, an African Grey parrot trained in language skills.

My friend Ken Kulosa has a green parrot named José. Last weekend he showed me an iPhone video of José that so amazed and delighted me that I figured out how to post on YouTube (actually it's easy!) so I could share it with you.

I'll couple this with a second delightful video of human babies, and spin them together with some quick musings on language.

José's previous owner was a woman who spent a lot of time on the telephone. Ken discovered that when José is alone (he doesn't do it when people are around), he'll occasionally give a slam-dunk rendition of her phone persona, presumably acquired just by listening to her. Ken snuck up on him to record this one-minute version:

My second offering, a recent video that already has 15 million views on YouTube, shows twin one-year-old boys conversing in their own "twin language," with parallels to José that I find intriguing:

What I take away from these two clips is that both the bird and the babies are masters at what linguists call prosody: "the rhythm, stress, and intonation of speech ... reflecting the emotional state of the speaker; the form of the utterance (statement, question, or command); the presence of irony or sarcasm; emphasis, contrast, and focus; or other elements of language that may not be encoded by grammar or choice of vocabulary."

Maybe it's not so surprising that the boys get adult prosody dead-on, since in a few months they'll be doing the "real" grammar/vocabulary part of language and their brains are likely poised to absorb such ancillary features.

But the parrot? Is he "mindlessly" mimicking the woman or does he find such vocalizations as amusing as the babies do? Does he have the sense that they "mean something?"

And then, a central question: Might the boys in fact be communicating "real" information via a grammar/vocabulary that's private to themselves, with the prosody added for effect? Or are they just having fun?