Accessibility links
Talking Baseball Can Be A Game Of Communication : 13.7: Cosmos And Culture Baseball is back, and it gives us an opportunity to learn about ourselves. Baseball, in particular, can shine light on the nature of communication.

Talking Baseball Can Be A Game Of Communication

Talking Baseball Can Be A Game Of Communication 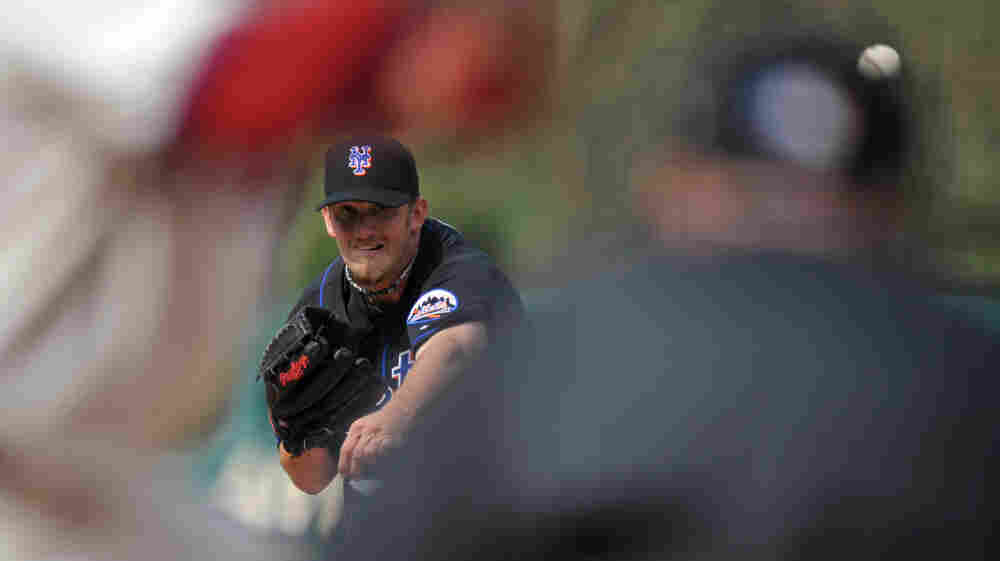 Mets pitcher Jonathon Niese faces off against the Phillies' Shane Victorino, with the ball seemingly in orbit around the umpire's head. Philadelphia won the game 11-0 at home Thursday. Drew Hallowell/Getty Images hide caption 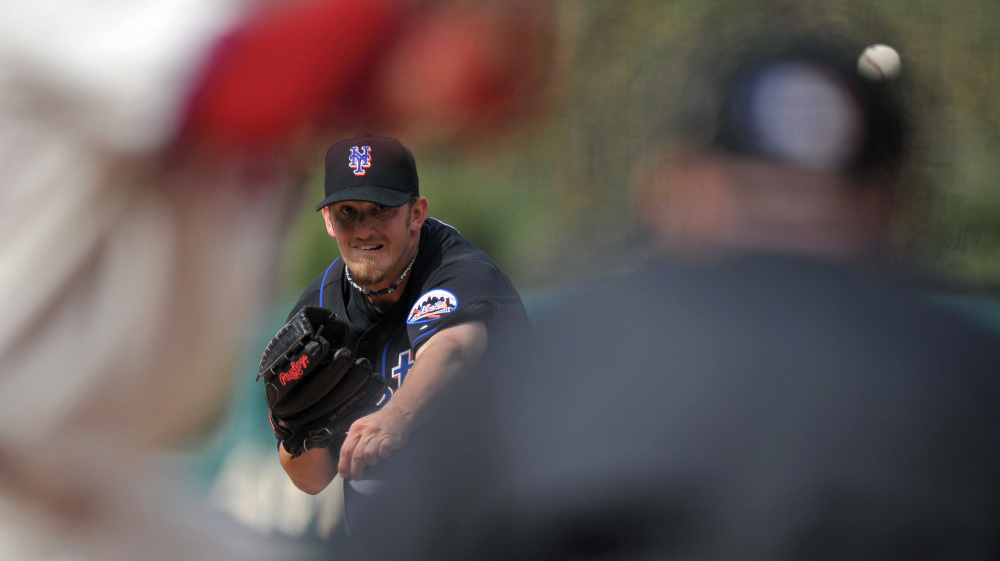 Mets pitcher Jonathon Niese faces off against the Phillies' Shane Victorino, with the ball seemingly in orbit around the umpire's head. Philadelphia won the game 11-0 at home Thursday.

I was sitting with my six-year-old son on the S-Bahn in Berlin. We'd only just arrived in Germany and my son, as of yet, knew no German. Across from us sat a man reading the newspaper. On the seat next to him, sitting for all the world like a passenger, was the man's dog. That sight alone was amusing to us. My son leaned over and said to the man, in English, "Is your dog friendly?" The man looked at my boy with confusion. "Is your dog friendly?", my son repeated. In response he received a blank stare of confusion. I then said, in German, "Ist er freundlich?" At those familiar words in the man's native German, his brow cleared and he turned to us and said, in perfect English, "Indeed, he is most friendly!" And he added, in English, "I must be going deaf!"

Scholars of language like to say that language is a complicated symbolic system. To know a language is to know the rules that regulate how we can combine words, with their meanings, into more complex expressions we call sentences. Talking is encoding meaning in sound in this way, and understanding is the act of decoding. To talk is to manipulate the events in another person's mind by presenting them with encoded ideas in sound form.

But this S-Bahn example above doesn't fit this picture at all. Why couldn't the man hear what my son was saying? The man could hear the sounds, but not the speech, and it was only when he knew the meaning, that he could hear the speech.

In my first post to 13.7, back in September 2010, I argued that baseball provides insight into the nature of language. Baseball is back (yipee!) and I'd like to return to this theme today. Baseball can help us understand what happened that morning on the S-Bahn.

Surely one of the most remarkable things about baseball, the thing that sets it apart from other team sports, is that it is structured around a series of one-on-one encounters between the pitcher and the batter. And it is the internal structure of the at bat — you could write whole books about single at bats — that defines the game. From the standpoint of the at bat, it is only the pitcher and the batter that matter. Every one else is supporting cast.

The batter's task during an at bat is simple to understand, but difficult to execute. Niceties aside, he wants to get a hit. Because the balls come at him so fast, his only real hope of getting a hit is to anticipate what the pitcher will throw. This task is easier than you might think — although it isn't easy — because what the pitcher is likely to throw is constrained in comprehensible ways by a number of factors such as what he can throw, what he has thrown, what the count is (i.e. whether he or the batter has the advantage), whether there are men on base, and so on. What's critical is that batters have no need to stand at the ready for any possible pitch, no more than chess players need to consider all possible moves. And for the simple reason that context limits possibilities, in chess, and in baseball, to a manageable few. Given the rationality and competence of your opponent, you can be pretty sure he'll select his pitch from among a small group of options.

Now let's turn to the pitcher. His task during an at bat is not only difficult to execute, but almost impossible to understand. Frankly, it's absurd. It would be easy to throw balls that the batter can't hit. You could lob balls over his head, or bounce them along the ground, or throw them behind him. But you are not allowed to do that. If you do that, the batter gets a free base. No, you are required to throw him balls that he can, or could reasonably be expected to be able, to hit. But without letting him hit them! So your job, basically, is to throw him hittable balls that he can't hit. Ouch!

As a pitcher, your arsenal is the pitches themselves, balls that come at the batter so fast, or that curve or break in such devilishly surprising ways, that even though the balls are right there, in reach, in the strike zone, they are unhittable. The problem is, the batters are professionals. They already know your pitches; they've studied your film, they've hit against you before, they are coached. So your biggest weapon, really, is surprise. For example, with the count in the batter's favor, you know that he knows that you know that you need to throw a strike, and you guess that he'll guess that you'll go for your best pitch, your put-away pitch, the fastball. So you throw something else and see if you can cross him up.

The at bat, then, is a delicate conversation. It is an exchange or transaction that can only take place against the background of the game. And of course the game here is a situation that is defined not in terms of velocities and vectors and reaction times, but rather in terms of expectations about shared understandings, opposing objectives, and a common knowledge of what is fair and acceptable conduct.

And so with language. The man on the train wasn't going deaf! He couldn't perceive my son's words because he was unable, in that context, and at that early hour of the morning, to find anything remotely intelligible about the sounds my son was making. I don't think the fact that my son's English is that of a six-year old was particularly a factor. The man knew English, but he didn't expect English in that situation, and so he was as good as deaf. It was as if my son had tossed him a baseball as he sat there. He might be able to catch perfectly well. But it was only when he clicked that my son was playing the English-language conversation game with him that it was also possible for him to understand.

We don't hear sounds and assign arbitrary meanings to them when we talk. We play ball.

Portions of this post first appeared in my book Out of Our Heads: Why You Are Not Your Brain and Other Lessons from the Biology of Consciousness.