Accessibility links
Tools Of Discovery: Where Would Science Be Without Them? : 13.7: Cosmos And Culture Scientific tools help us define the world we live in. As they change, our view of reality changes. Without them, our development would stagnate.

Tools Of Discovery: Where Would Science Be Without Them?

Tools Of Discovery: Where Would Science Be Without Them? 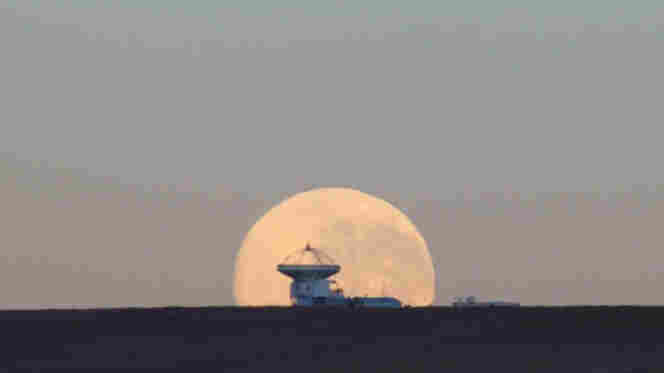 Built to see what we can't see on our own. G. Gillet/ESO hide caption 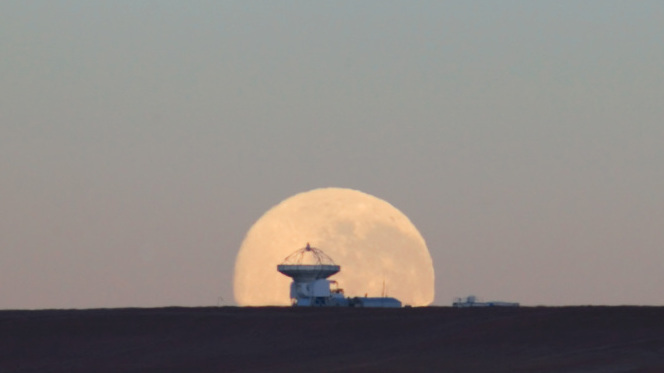 Built to see what we can't see on our own.

We humans evolved under close proximity to a star with a surface temperature of 5800 Kelvin and our environment determined our physiology and metabolism.

As a result, we are very good at sensing the fraction of the electromagnetic spectrum that allows us to maneuver in our surroundings, also known as the "visible" portion (aka the colors of the rainbow). Because of our size, roughly around 1,5 to 2 meters, we also don't see very small things, say, smaller than half a millimeter. And because our ancestors didn't need to see very far to survive, we can't capture details of distant objects. Our hearing also reflects our dimensions and environment.

In short, we are extremely well-adapted to survive in the world we live in; and we're completely blind to a host of phenomena that escape our sensorial perception.

Hence the importance of tools in science: they expand our vision, allowing us to "see" well beyond our everyday experience. In fact, you could tell the history of science by telling the history of scientific tools. It's not the only telling, but it's an important one.

I recently read an interesting piece by John Markoff of The New York Times on how supercomputers are redefining science. He argues that computers are the next microscopes and telescopes, both on their own and when coupled to usual scientific tools:

The physical technology of scientific research is still here — the new electron microscopes, the telescopes, the particle colliders — but they are now inseparable from computing power, and it is the computers that let scientists find order and patterns in the raw information that the physical tools gather.

Computer power not only aids research, it defines the nature of that research: what can be studied, what new questions can be asked, and answered.

This is a very interesting point: what we know of the world is very much determined by what we can see of it. As science advanced, what we have called the "world" has changed dramatically: from an Earth-centered, spherically-closed, static cosmos to an expanding universe 13.7 billion years old is a very big jump. From a world composed of the five basic elements (earth, water, air, fire, aether) of the Greeks to the 100-plus elements of the periodic table made of the quarks and electrons of particle physics is another very big jump. (Not to mention dark matter and dark energy.) Thanks to our tools, what we can see today stretches roughly from a thousandth-trillionth of a centimeter to a trillion-trillion centimeters. As our tools gather data, supercomputers sift through it and, as Markoff mentions, help us find patterns and meaning.

But computers go beyond that. They help us solve problems we wouldn't otherwise be able to solve. During the eighteenth and nineteenth centuries, it became patently clear that many of the equations of physics were really hard to solve exactly. (A humbling example is the so-called three-body problem: we can't find an exact solution to the motions of three bodies attracted to each other gravitationally.) Many men of mathematical genius (most of them French and names starting with "L" like Lagrange, Laplace, Laguerre, Liouville ... ) developed amazingly powerful techniques to deal with the challenge.

However, one class of problems remained intractable, or at least mostly so: the so-called nonlinear systems where parts interact with one another in nontrivial ways and responses are not simply proportional to inputs. It turns out that many of the interesting problems in physics and chemistry are nonlinear. And here is where computers really make a difference. No equation, at least in principle (and discounting singular behaviors), is unsolvable in a computer.

Nowadays, instead of learning the techniques of Laplace and Lagrange, students learn to program in C++. (If this is good or bad for their intellectual development is another question.) Even with a modest laptop, they can visualize incredibly complex systems. Much of my own research in cosmology is heavily dependent on powerful computers. (Here is a recent example.)

As I tell my students, most of the easy problems (those that can be solved analytically) have been dealt with. Now, we must move on to the tough, nonlinear domain. Among the many open problems in many fields, here are three: the climate, the emergence of mind, and the origin of life. Not too shabby. None will be thoroughly understood without computers or, as scientist Katy Börner of Indiana University calls them, our "macroscopes."

In the midst of our perennial funding battles, it's important to remember that without funding for scientific research, the development of new tools of exploration goes nowhere. And with no new tools, our view of the world would quickly grow stagnant.