Accessibility links
Why You Should Thank Your Gas Giant Planet Every Day : 13.7: Cosmos And Culture The skies, it turns out, are filled with rogue planets. Their existence may, perhaps surprisingly, have much to say about ours.

Why You Should Thank Your Gas Giant Planet Every Day

Why You Should Thank Your Gas Giant Planet Every Day 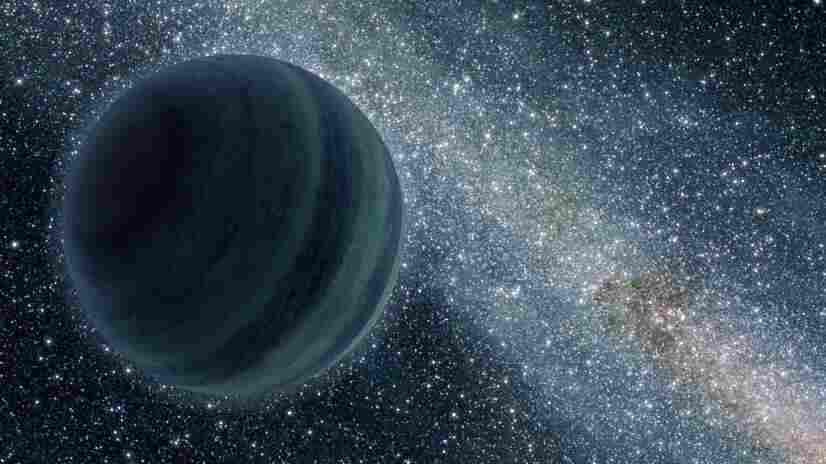 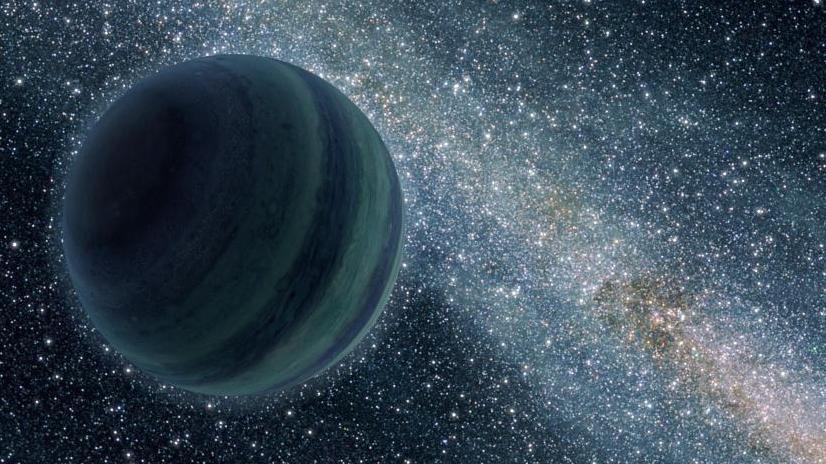 The news last week were filled with exciting cosmic revelations. Now that the world didn't end, we can go on with our business of figuring out how nature works, deepening our understanding of our universe and our place in it.

Today, I write about the amazing discovery that there are billions of rogue planets in our Milky Way galaxy, roughly two Jupiter-mass planets for each of the 200 billion stars, as reported in the journal Nature by a group of astronomers led by Takahiro Sumi, from Osaka University.

Previous searches for exoplanets, that is, planets that orbit other suns, have been mostly limited to massive planets that orbit close to their stars. These searches use a very subtle Doppler shift in the light of the star as massive planets tug at it. Just as when two kids play at a teeter-totter and one is much heavier than the other, the center of mass of the star-planet system is not at the very center of the star but slightly away from it. As both star and planets orbit around the center of mass of their system, the wobbling of the star causes small variations on its light as it's detected here. Based on the wobble, astronomers can read off the mass and number of planets. The more massive the planets, the larger the wobble and the easiest it is to detect them.

Another method, called the transit method, uses the small decrease in starlight as a planet cruises in front of it. This is the approach used by NASA's remarkable Kepler satellite, which has detected some 1,235 potential exoplanets.

The new discovery uses yet a different method, called gravitational microlensing, which has the advantage of being able to detect objects far away from their parent stars. It all has to do with the bending of space by matter, as described in Einstein's theory of general relativity. Just as a glass lens bends the path of light causing a distorted image, as light travels through bent space it too gets distorted. In particular, if a planet-like object passes in front of a light source (a star, a galaxy, etc.) it may magnify its light just as a lens would. Astronomers monitored a vast field of stars, searching for the telltale amplification of their brightness that indicates a passing planet. They found about ten magnification events caused by planet-like objects without any nearby parent stars, which statistically translates into vast numbers of rogue planets.

If we add all the numbers, our galaxy is filled with an amazing variety of worlds. Of course, rogue gas planets are not welcoming environments for life to develop. However, if they indeed were once part of a bound solar system like ours, and were expelled due to a nearby stellar encounter or due to some orbital instability, it makes it the more plausible that there are many stellar systems out there with light rocky planets occupying interior orbits, while heavier gas planets occupy exterior orbits. That being the case, these giants act as protectors to the inner planets, curbing the majority of deadly impacts with asteroids and comets. Some of you may remember the spectacular collision of comet Shoemaker-Levy 9 with Jupiter in July 1994.

In a very real sense, we owe our relatively peaceful cosmic existence to our gas giants. The recent discovery of rogue giants indicates that, quite possibly, other life forms also have reason to be thankful to their big outer planets.