Accessibility links
What Motivates Climate Change Deniers? : 13.7: Cosmos And Culture Scientific research tells us that climate change is happening. The science of climate change is the basis for many people's fear about the future. But what motivates people who don't believe in climate change? 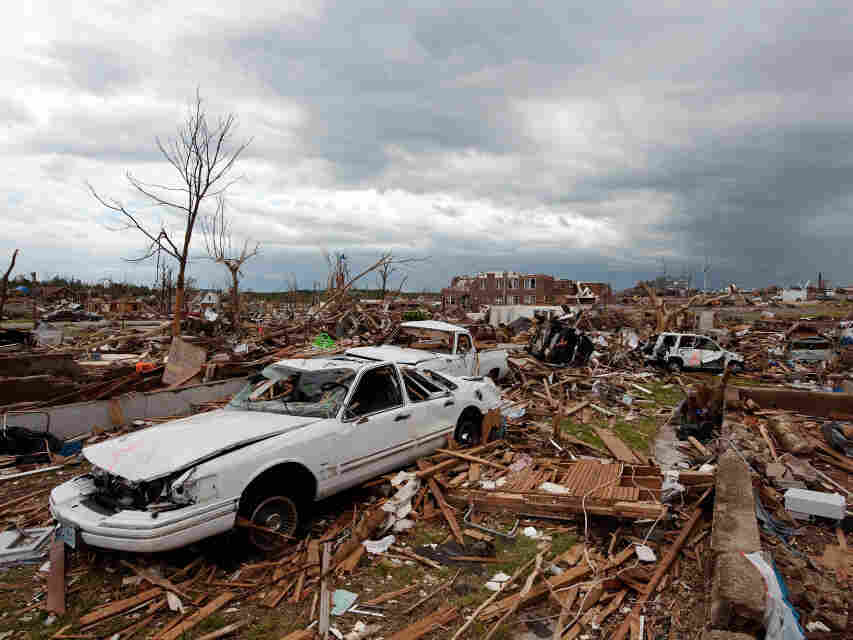 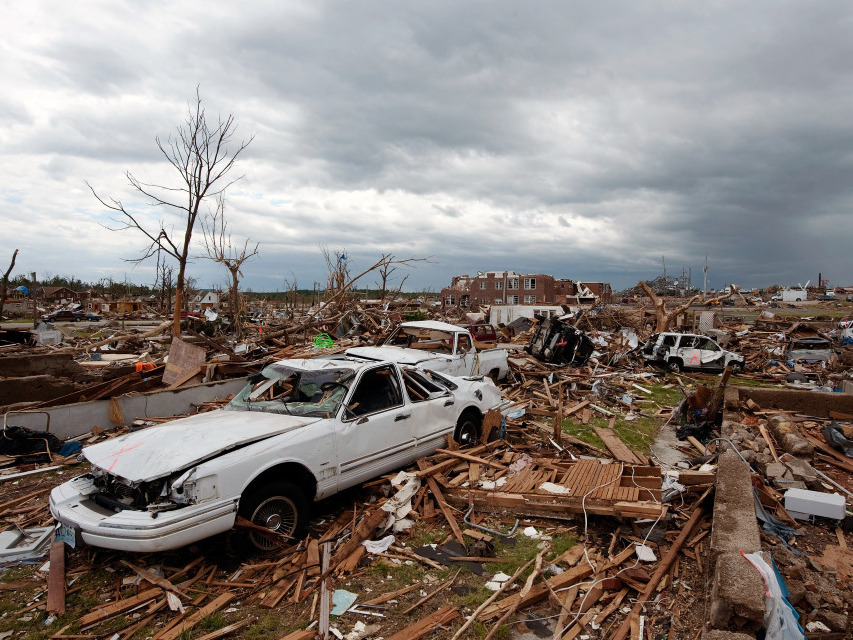 I've lived in St. Louis for 33 years. During that time, the tornado sirens have sounded maybe 1-2 times per 10 years — let's say 5 times in 33 years — and never with a touchdown.

This year they've already sounded 3 times. In January a touchdown landed in a neighborhood a few miles to the south; in April one hit our airport and surrounding neighborhoods to the north. Today, when the sirens went off throughout the afternoon, there was blessedly no touchdown. But, with Joplin heavy in our hearts, any relief was bittersweet.

It is far better to think of these as isolated, unpredictable, discrete events ... It's far smarter to repeat to yourself the comforting mantra that no single weather event can ever be directly tied to climate change. There have been tornadoes before, and floods – that's the important thing.

And he ends with a zinger:

If worst ever did come to worst, it's reassuring to remember what the U.S. Chamber of Commerce told the Environmental Protection Agency in a recent filing: that there's no need to worry because "populations can acclimatize to warmer climates via a range of behavioral, physiological, and technological adaptations."

I'm pretty sure that's what residents are telling themselves in Joplin today.

The piece already has 11,287 recommendations and 1,281 comments. As happens here at 13.7 when this topic comes up, the comments include a barrage of denials, excoriating Bill as an ignorant rabble-rouser and offering countless URLs of refutation. (N.B. I happen to know Bill McKibben, and he has a mind of steel.) As also happens here, the comments also include a barrage of challenges to the denials and refutations of the URLs.

So here's what I don't get: What motivates a denier? If you are a denier-reader of this blog, what motivates you? I'm not asking for more URLs – we already have plenty of those on file. I'm asking about intent.

I know what motivates my position: the sirens, the polar-bear pictures, the IPCC reports, fear for my grandchildren's future. What motivates the denial?