Accessibility links
Multiverse Metaphysics : 13.7: Cosmos And Culture Are modern cosmologists fated to get tangled with metaphysical questions? How to we make sense of our universe if it's only one among countless others? 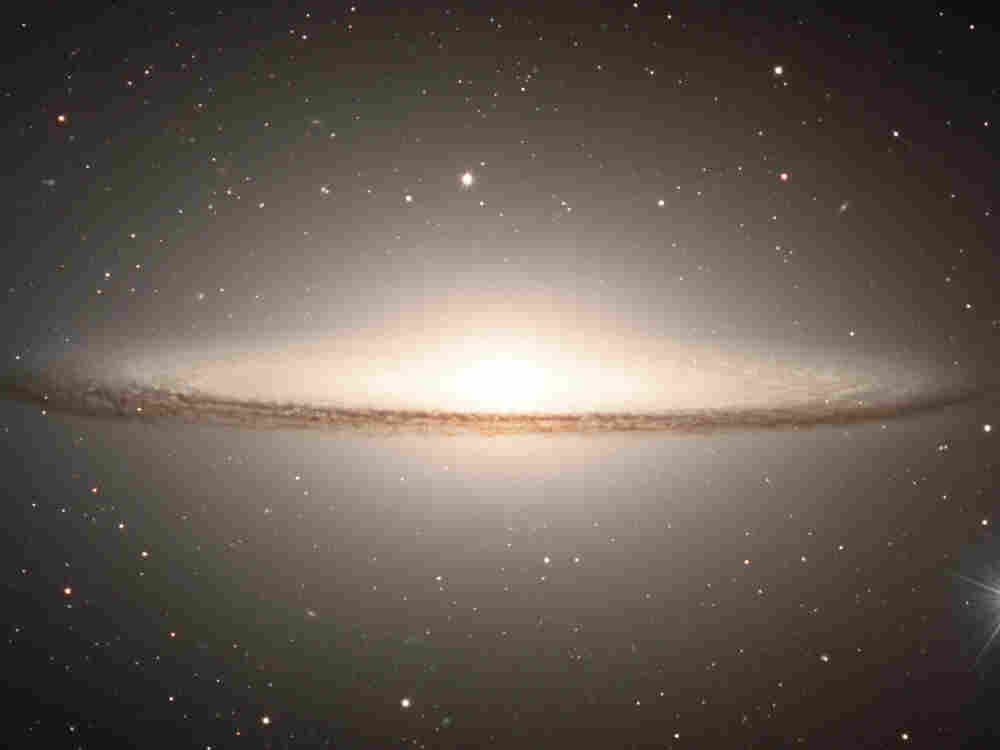 Messier 104, aka the "Sombrero," a spiral galaxy located in the constellation Virgo about 50 million light-years away. P. Barthel/ESO hide caption 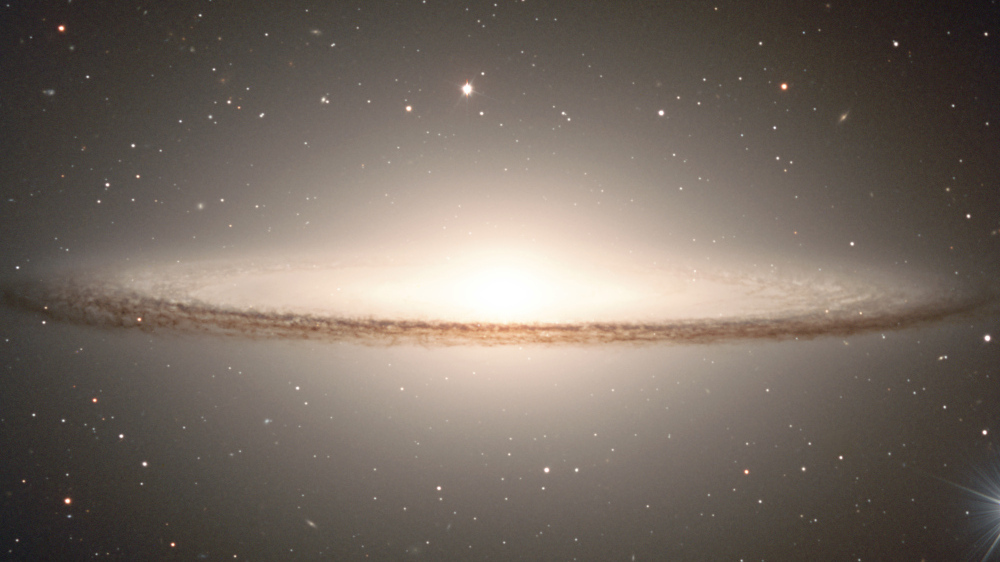 Messier 104, aka the "Sombrero," a spiral galaxy located in the constellation Virgo about 50 million light-years away.

Things used to be simple. There was one universe, and our galaxy was one among billions within it. The quest of scientists, to a large extent, was to uncover patterns of order in nature, translated into laws applicable across space and time. Thus, the staggering diversity and plurality of natural phenomena could, at least in principle, be explained as the result of an underlying order.

Even if, with the development of modern physics, it became clear that there are limitations to how much we can know of reality, there was still a sense that the set of natural laws was unique, that given enough time we could actually make sense of what's going on at all levels, from the subatomic to the extragalactic. That would be true if the bubble of space we call the universe were all there is.

But then came the big bang.

Initially, most were skeptical. A universe with a birthday? Not a good thing, as it reverts modern cosmology into the philosophically and theologically convoluted first cause issue, which could now be stated as something like: "But what made the bang go bang?"

However, if we leave the cosmic fuse issue aside, the big-bang model is an enormous leap forward in our understanding of the universe. The model is predictive, and its predictions were spectacularly vindicated. All we have to do is neglect the first few instants and start the cosmic movie with space filled up by a primordial soup of subatomic particles: protons, neutrons, electrons, neutrinos and photons.

As physics evolved during the 50s and 60s, so did the recipe for the primordial soup, allowing cosmologists to inch backward toward the beginning. Unavoidably, the more we learned about the early universe, the more questions were raised about the completeness of the big-bang model.

In the 70s it was clear that the model needed amending. And so it was that in the early 80s Alan Guth, now at MIT, proposed a change to the big-bang model. His proposal became known as cosmic inflation: for a very brief period, the nascent universe expanded amazingly fast, faster even than the speed of light. This fast expansion — which, by the way, is fine with the laws of physics as it is space that is inflating not particles that are moving faster than light — fixed some of the problems with the big-bang model.

Inflation essentially redefined what we mean by big bang. Now, anything that happened before the fast expansion was pretty much erased. In most models, at least, the universe keeps no memory of its pre-inflation babyhood. More than that, all matter that exists, the stuff that eventually would make up galaxies and planets and people, emerged violently at the very end of inflation: what we now call the big bang is the explosive creation of matter at the end of inflation. Matter and heat filled up space and the universe transitioned into its old big bang self.

Of course, something this dramatic had to have a cause. And the fuel for inflation is very bizarre indeed. Well, we don't actually know what it is, but do know what it needs to do. Based on that, theoretical cosmologists came up with many models to explain the fast expansion.

Essentially, at this early stage, the universe was dominated by a single kind of matter (or a couple of kinds) that had the amazing property to make space expand amazingly fast. This kind of matter, which we call a scalar field, was displaced from its lowest energy state. And in nature, when something is not in its lowest energy state, it wants to get there, just like a rock rolling down a hill.

Problem is, this is no ordinary rock, but a field of energy early in the history of the universe. Here enters quantum mechanics, the physics of the very small. In the world of atoms and particles, nothing stands still: there is a persistent quantum jitteriness that makes things move in random ways. So, as our scalar field is trying to relax to its energy minimum, it gets kicked around, some times going up the hill instead of down.

Now, imagine the universe filled with this stuff, like water filling up an aquarium. In some places, the field will roll downhill, in others it may climb up. We can picture this phase in the universal history as a mosaic of patches where this primordial matter takes on different random values. According to inflation, our universe, all that exists, came from one of these patches, the one that had the right properties to grow into a big cosmos.

But then there were the other patches. And new patches could also sprout off from them like unruly weeds in a yard. Each patch is a potential universe. This means that quantum effects can create a multitude of universes, and this process of creation can be endless: the entity containing all of this is called the multiverse, potentially infinite in space and time.

Our universe would be one sprout in the eternal multiverse.

Such ideas, of course, remain speculative, although many of my colleagues are completely convinced that something like this must be true. In this case, we can very well ask if the laws of physics vary across the multiverse, that is, if there are universes out there without light or electrons. This possibility is even more tantalizing within superstring theory, where the notion of a multiverse seems to be inescapable. Here is a technical introduction. For a nontechnical intro see this book by Leonard Sussskind.

Physicists talk about a vast landscape of physical realizations, where myriad valleys are related to different universes, each with its own set of natural laws. Which begs the question: If laws vary across the multiverse, how can we understand our own?

Is our universe typical or atypical?

When dealing with the multiverse, even philosophically-adverse physicists must think metaphysically. Of course, one could also argue that even if inflation is correct, and it predicts the multiverse, this prediction came from our known laws of physics and that's all there is to it. But how much fun would that be?