Accessibility links
Gender Is Dead! Long Live Gender! : 13.7: Cosmos And Culture News flash: if there are cognitive differences between men and women, these probably have nothing to do with neurobiology. 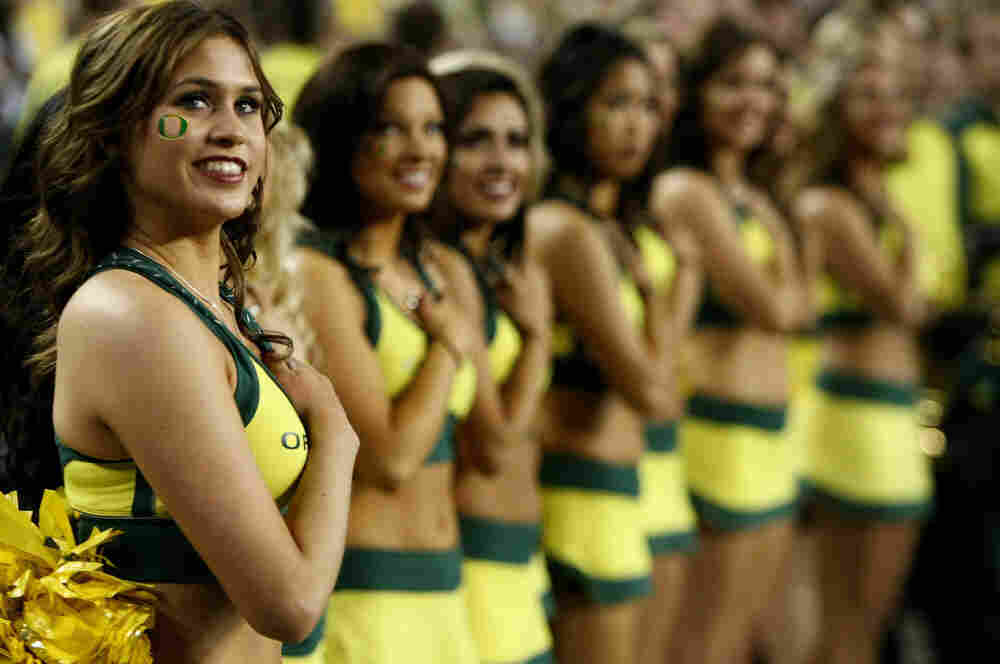 Imagine yourself as a cheerleader ... Jonathan Ferrey/Getty Images hide caption 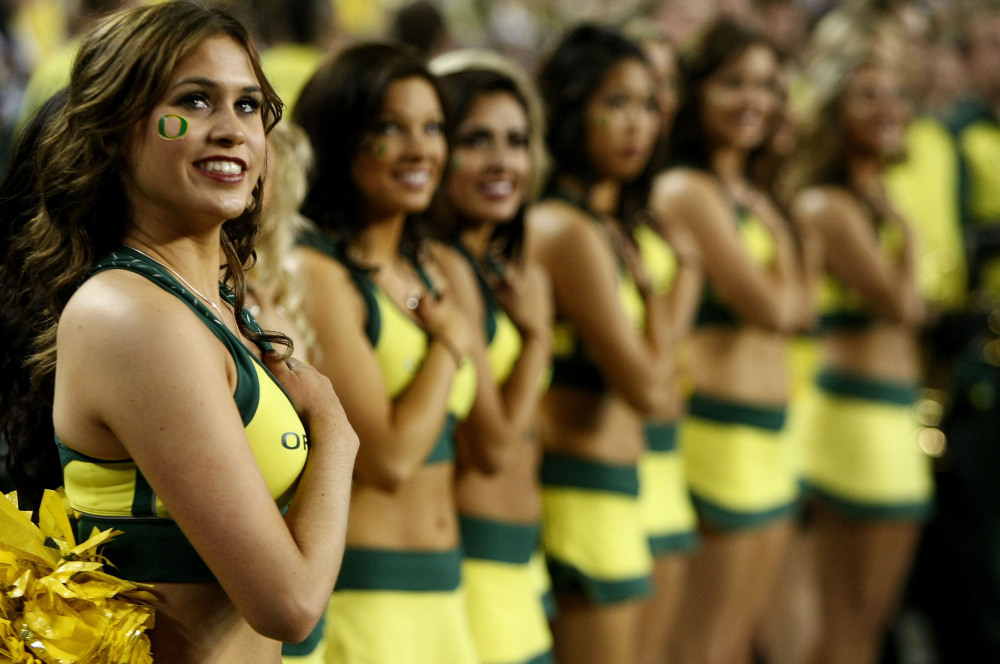 Imagine yourself as a cheerleader ...

Conjure before your mind the image of a physics professor. Imagine what his life is like. Now pretend, for a few moments, that you are that person. Try to get a feel for what it is like to be him.

Now let's start anew. This time think of a cheerleader. Picture her; imagine what her life is like. Now pretend to be her. Imagine what it is like to be her.

When psychologist Adam Galinksy and his collaborator at Northwestern University asked subjects to carry out this sort of exercise, they made a startling finding. After the exercise, subjects were asked to characterize themselves. Those individuals who had imaginatively adopted the perspective of the professor were more likely to describe themselves as clever than those who had been assigned the cheerleader persona. And those who had adopted the cheerleader perspective, were correspondingly more likely to describe themselves as gorgeous.

This study, and many others like it, is described in Cordelia Fine's brilliant new book Delusions of Gender. She offers a fair and detailed review of research on the psychological and neurobiological foundations of gender difference. Her finding is clear and persuasive: Whatever cognitive or personality differences there are between men and women cannot be attributed, except in a few isolated cases, to intrinsic biological or psychological differences between men and women, at least not in the current state of knowledge.

Which is not to say that there may not be differences.

Witness the study just described. The differences in performance on the test were pronounced; this is a real behavioral difference, the sort of different that could easily make a difference, for example, to performance on the job. But what caused the difference? Not anything in the make-up or constitution of the tested individuals. The controlling factor was an accidental fact about which imaginative exercises individuals had been assigned in the pre-test situation.

This is a glorious and beautiful finding, for it reveals something deep and pervasive in human life.

Human beings don't just fall under categories. We don't just happen to be professors, or cheerleaders, Americans or Pakistanis, gay or straight. We think of ourselves as being these kinds of people. And with these thoughts comes a whole matrix of associations, beliefs, attitudes, feelings, interests, anxieties and expectations.

Consider this question: Were there heterosexuals in Ancient Rome? You might say: Of course! After all, there were men and women whose primary target of sexual desire was people of the opposite sex.

But in another sense the answer to this should surely be: Well, not really. After all, Ancient Romans didn't think of themselves as straight. Not in our sense of the term, at least. After all, the whole matrix of ideas — gay, straight, queer, and so on — did not exist, and neither did the particular loading of values that these ideas bring to mind for us here now.

In some thin descriptive sense, people might have been heterosexual back then; but in a thicker sense, there was no such thing as heterosexuality.

Categories like heterosexual, professor and cheerleader exhibit what the Canadian philosopher of science Ian Hacking has called looping effects. It is only if you have the relevant concepts, that you can come to think of yourself as classified as this way or that. And once you can think of yourself as being a person of a certain kind, you can also, through choices both conscious and unconscious, either make it the case that you are a person of the kind of question, or that you are not. You can, in this sense, construct your identity. But you couldn't do this without the availability of the category in the first place. As Hacking writes:

I don't mean that we decide to be straight, in the way we decide to be a professor or a cheerleader. What I mean, rather, is that being straight isn't only a matter of acting or being disposed to act this way or that. It's a way of thinking about yourself. And with this way of thinking about yourself comes a whole complex of associated qualities, limitations and also expectations that loop back on to the way we act and are disposed to act.

And so with the concepts male and female.

Consider another study Fine reports on in her book. Students at a private college were asked to perform a spatial reasoning task. Before the test one group of students filled out a form on which they were asked to report their gender. The other group was not asked this question but was instead asked to name their university. In this way, one group was "primed" to consider themselves in the light of gender identity, whereas the other was primed to think of themselves under the category "private college student."

It is as if the mere questions — male? female? student? — by reminding the students what kind of person they are, determined how well they could perform on the test.

The significance of studies such as these cuts in different directions. It suggests that you won't find a legitimation of our self-categories in neurobiology. If biology is the measure of all things, then many of the categories we use to group ourselves into kinds of person — man, woman, gay, straight, black, white, professor, cheerleader — are, in fact, unreal. You don't find them in nature as it is apart from our attitudes and beliefs about that nature. At the same time, what could be more real than the way we experience ourselves as being?

Question: Would you want to free yourself from your self-categories, if you could?