Accessibility links
Where Is Now? The Paradox Of The Present : 13.7: Cosmos And Culture The night sky is a time machine. Look out and you look back in time. But this "time travel by eyesight" is not just the province of astronomy. It's something we all experience in our everyday lives. Your present exists at the mercy of many overlapping pasts.

Where Is Now? The Paradox Of The Present

Where Is Now? The Paradox Of The Present 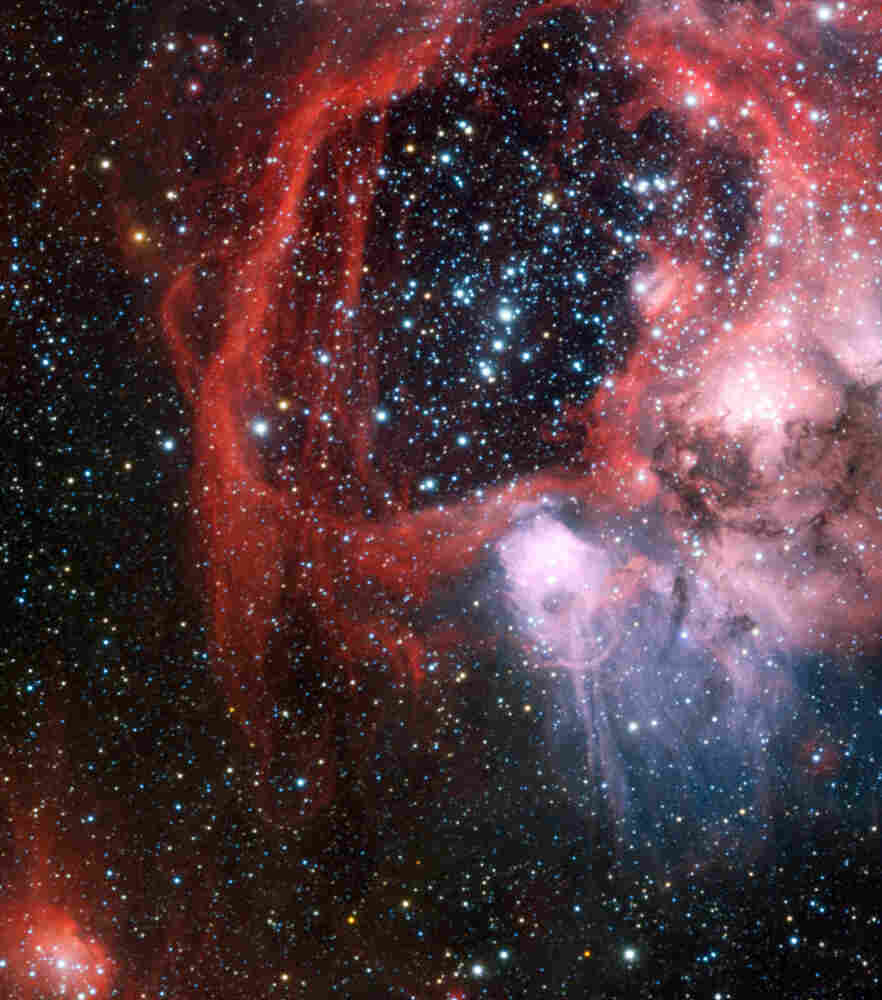 The European Southern Observatory's Very Large Telescope in Chile captured this striking view of the nebula around the star cluster NGC 1929 within the Large Magellanic Cloud, a satellite galaxy of our own Milky Way separated by a mere 179,000 light years. Manu Mejias/ESO hide caption 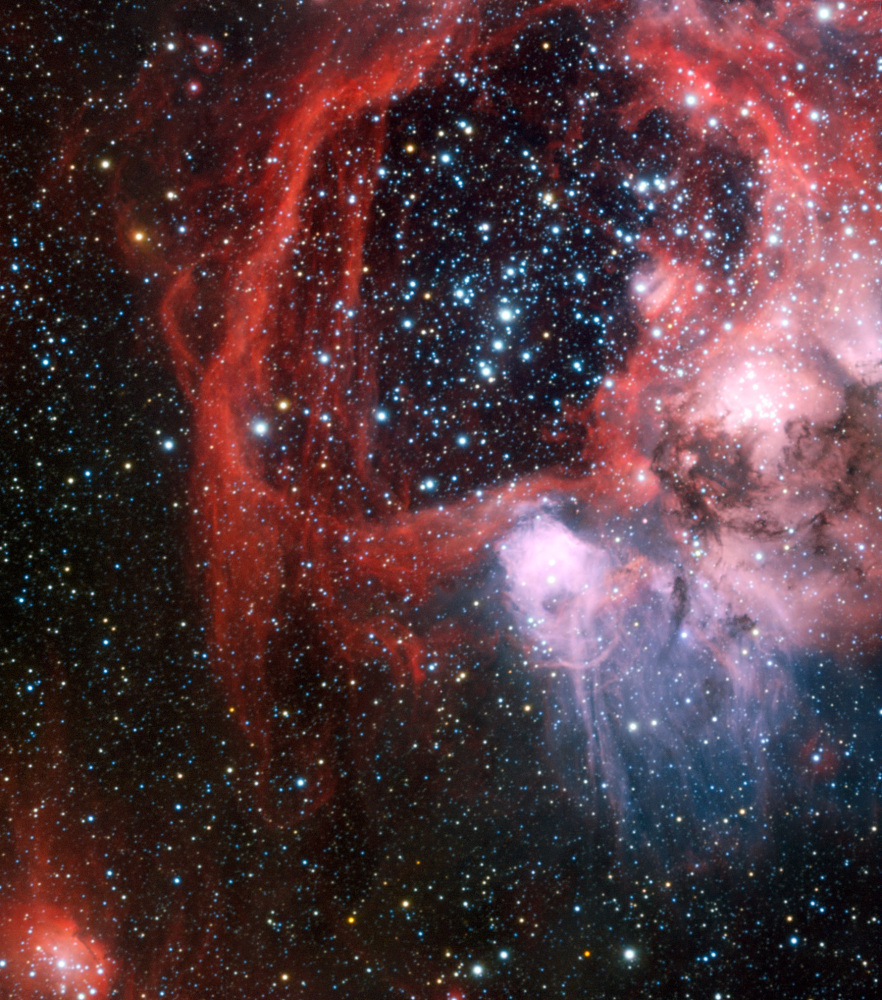 The European Southern Observatory's Very Large Telescope in Chile captured this striking view of the nebula around the star cluster NGC 1929 within the Large Magellanic Cloud, a satellite galaxy of our own Milky Way separated by a mere 179,000 light years.

The night sky is a time machine. Look out and you look back in time. But this "time travel by eyesight" is not just the province of astronomy. It's as close as the machine on which you are reading these words. Your present exists at the mercy of many overlapping pasts. So where, then, is "now"?

As almost everyone knows, when you stare into the depths of space you are also looking back in time. Catch a glimpse of a relatively nearby star and you see it as it existed when, perhaps, Lincoln was president (if it's 150 light-years away). Stars near the edge of our own galaxy are only seen as they appeared when the last ice age was in full bloom (30,000 light-years away). And those giant pinwheel assemblies of stars called galaxies are glimpsed, as they existed millions, hundreds of millions or even billions of years in the past.

We never see the sky as it is, but only as it was.

Stranger still, the sky we see at any moment defines not a single past but multiple overlapping pasts of different depths. The star's image from 100 years ago and the galaxy image from 100 million years ago reach us at the same time. All of those "thens" define the same "now" for us.

The multiple, foliated pasts comprising our present would be weird enough if it was just a matter of astronomy. But the simple truth is that every aspect of our personal "now" is a layered impression of a world already lost to the past.

To understand how this works, consider the simple fact, discussed in last week's post, that all we know about the world comes to us via signals: light waves, sound waves and electrical impulses running along our nerves. These signals move at a finite speed. It always takes some finite amount of time for the signal to travel from the world to your body's sensors (and on to your brain).

A distant galaxy, a distant mountain peak, the not very distant light fixture on the ceiling and even the intimacy of a loved one's face all live in the past. Those overlapping pasts are times that you — in your "now" — are no longer a part of.

Signal travel time constitutes a delay and all those overlapping delays constitute an essential separation. The inner world of your experience is, in a temporal sense, cut off from the outer world you inhabit.

Let's take a few examples. Light travels faster than any other entity in the physical universe, propagating with the tremendous velocity of c = 300,000,000 m/s. From high school physics you know that the time it takes a light signal moving at c to cross some distance D is simply t = D/c.

We live, each of us, trapped in our own now.

Presentism holds an intuitive sway for many people. It just feels right. For myself, when I try and explore the texture of my own experience, I can't help but feel a sense of the present's dominance. Buddhism, with its emphasis on contemplative introspection, has developed a sophisticated presentist stance concerning the nature of reality. "Anyone who has ever mediated for anytime" the abbot of a Zen monastery once told me "finds that the past and future are illusions."

The reality that even light travels at a finite speed forces us to confront the strange fact that, at best, the present exists at the fractured center of many overlapping pasts.

So where, then, are we in time? Where is our "now" and how does it live in the midst of a universe comprised of so many "thens"?