Accessibility links
What Price Value? : 13.7: Cosmos And Culture Ethics and fairness play a role in trade an commercial interactions, adding an element that doesn't fit neatly into economic models. 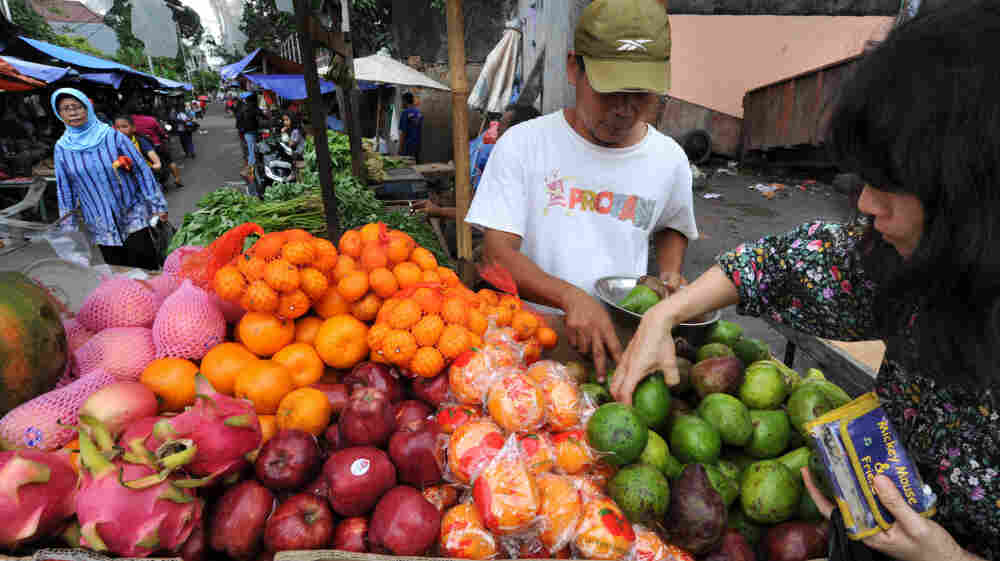 Somehow it always seems to come down to apples and oranges, doesn't it? Romeo Gacad/AFP/Getty Images hide caption 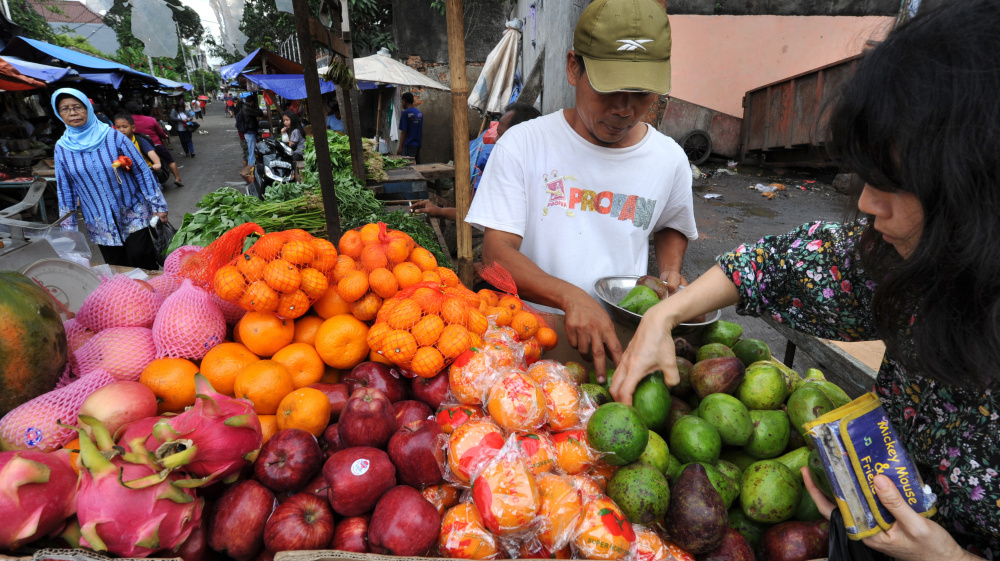 Somehow it always seems to come down to apples and oranges, doesn't it?

Last Fall I had the pleasure of speaking at the Gund Institute at the University of Vermont. This Institute is focused on "ecological economics". Our discussion was wide ranging, wider than any of us expected.

I learned that the Gund Institute was trying hard to quantify the economic values of "bads", as opposed to "goods". Air pollution, a typical Tragedy of the Commons, impacts all of us. Yet we all know it is not "priced" into the costs of our "goods" for sale.

The very able faculty and students at the Gund Institute told me of a 30-year fight to try to get "bads" properly valued and priced into the ongoing economic system.

I was both deeply moved and somewhat startled. "Why are you buying into the economic theory of value?", I asked. "You are assuming the legitimacy of the framework of modern economics and losing your 30-year struggle."

We were all confused by my remark.

I come, 10 months later, to begin to understand what I intuited then: the economic theory of value is based on "value in trade". The value of an orange to me is, roughly, the number of apples, or parts of apples, for which I will trade my orange to you and you will trade your apples to me.

A foundational theory in economics, "utility theory" formalizes this in an Edgeworth box, a tool that, as an approximate description, considers a coordinate system of apples and oranges, the X and Y axes, and on each axis, who of us owns what fraction of each at the "beginning of time", and for each of us, "isoutility curves", i.e. curves in this space showing lines, like contour lines in a topographical map, of my constant level of "happiness", or utility, each such curve along a set of orange-apple trade ratios, and your constant "happiness" curves for all possible trades of oranges and apples. These curves are, by assumption, bent in such a way that our two sets of isoutility curves each cross at two points in this two-good Edgeworth box.

These isoutility curves are bent in such a way as to create an area between them where we are both happier, have higher utility, if we exchange some of the oranges from me for apples from you. This is the famous "advantages of trade" in economics.

Part of the difficulty the Gund Institute faces trying to get "bads" priced into the market, may be that none of us own polluted air, a Tragedy of the Commons, so we cannot each easily trade clean air for apples. Is there another approach? I think so.

Current economic utility theory derives from the utilitarian ethical theories of Bentham and Mill: act for the greatest good (utility) of the greatest number. This becomes a "social welfare" function that Adam Smith's Invisible Hand was to insure.

First, we typically cannot calculate "the greatest good for the greatest number". The founding Arrow Debreu Theory of Competitive General Equilibrium assumes that, at the start of time, all possible "dated contingent goods" are already known. An example of a dated contingent good is a barrel of oil delivered to you Sept. 13, if it rains in Colorado on August 14th.

From this pre-knowledge of all goods, a probability distribution of these dated contingent goods, and a fixed point theorem, a price list, or vector exists such that markets always clear as time unfolds.

Then, in general, we do not know even what can happen, so cannot calculate the values of future innovative goods of which we have no inkling. Thus, we cannot calculate "the greatest good for the greatest number." Utilitarianism is inadequate alone in the real world. It needs augmentation. But by what?

Second, a hint to the missing "what" is that Utilitarianism is a "consequentialist ethics" — act for the greatest (consequent) good of the greatest number. In contrast, the great Immanuel Kant offered a deontological ethics: "act such that the maxim of your action can be universalized".

So it is morally right to tell the truth because if all of us tell the truth the social system works self-consistently. By contrast it is wrong to lie because if we all lied there would be no point in lying. We cannot universalize the maxim of our action.

The ethics 101 case contrasting the consequentialist and deontological views is this: 100 of us are captured by bandits. "We'll kill a random one of you 100", says the lead bandit, "The rest go free!" On a Utilitarian argument, Joe is chosen, shot, and the rest of us go free, realizing the greatest good for the greatest number. But normal people all feel appalled at this solution. We are not pure Utilitarians in our ethics.

It is critical that in our real life, English Common Law and United States law recognize this non-Utilitarian feature of our moral reasoning in the deep concept of "equity". "In all fairness, Joe must not be shot."

Beyond value in trade, we do constantly use the idea of fairness every day in thousands of court rooms and in personal moral discussions. Thus, value in trade is not, in fact, our only usable concept of value. Utility theory is inadequate used alone.

Can we quantify "fairness"? It seems not. There is no calculus in the sky allowing us to calculate the morally right, or optimal answer when moral aims are in conflict. Yet we do carry on moral discussion every day, beyond value in trade.

Perhaps the augmentation Utility theory needs, particularly when we cannot calculate the consequences, is human judgement of what is morally fair.

What price value? Beyond trade, ethics.