Accessibility links
Hunting The Replicators: How Did Life Begin? : 13.7: Cosmos And Culture While we will never have molecular fossils that can tell us exactly what did four billion or so years ago, our progress in molecular biology is now allowing us to see what likely could have happened

Hunting The Replicators: How Did Life Begin?

Hunting The Replicators: How Did Life Begin? 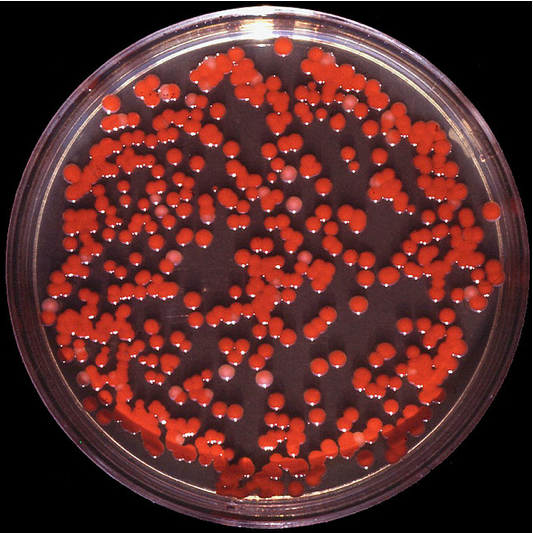 How did this get started? AJC1/http://flic.kr/p/XM1U9 hide caption

Amoebas are alive but rocks are not. What is the difference?

For many people, one of the greatest difficulties in understanding the scientific narrative of cosmic evolution is how nature took the path from non-life to life. This question of "abiotic genesis" haunts many a science and religion debate with advocates of scriptural literalism unwilling to grant that natural processes, unmediated by a higher intelligence, could have taken "dead" matter and created living material.

Now the path from "just" molecules to "something more" has gotten a bit more clear as researchers take a crucial step toward building the holy of holies: a self-replicating molecule.

Part of this story, however, is the funny thing that happened to scientists studying the origin of life over the last 80 years. Their perspectives were profoundly rewired.

In the 1950s, chemists Stanley Miller and Harold Urey performed a brilliant and brilliantly illustrative experiment. Miller and Urey created a simulated version of the early Earth in a test tube. An "atmosphere" of hydrogen, ammonia and methane was created in one flask. An "ocean" of liquid water was held in a separate flask. The two were connected and a high voltage discharge was set up in the atmospheric flask to act as lightening (and a source of UV light).

After running the experiment for a week, Miller and Urey found a brown goo had formed in their test-tube ocean. When they analyzed the goo they found it formed a rich soup of pre-biotic molecules. Amino acids, sugars and lipids (the basis of fat) had all been generated. The Miller-Urey experiment was hailed as instant classic of biochemistry and proof that, in principle, non-living material along with the natural processes of physics and chemistry could create the molecular basis of life. All that had to be added, scientists argued, was time and then life would have its start.

With time, however, scientists realized that there had to be more to the story of abiotic genesis. While the Miller-Urey experiment was revolutionary, as researchers came to understand the links between the molecular engines of life --DNA, RNA and proteins — it was clear their perspective had to shift. As the astrobiologist Chris McKay likes to put it, scientists eventually saw the problem was not just about chemistry but also about information processing as well.

As everyone knows, DNA constitutes the molecular blueprint for life. With the help of the molecule RNA, DNA can be read and transformed into proteins that are the workhorses of life. Proteins can fold up into a remarkable array of shapes giving them the ability to do everything from providing stable cellular structures to catalyzing chemical reactions when, and only when, they are needed.

Obviously, getting life started means getting a self-replicating molecule. That molecule must be capable of storing information about its own structure, operations and, of course, replication. DNA might seem the obvious choice, but it cannot replicate alone. DNA needs RNA and proteins to make copies of itself. That machinery could not have existed on the early Earth. Thus researchers had to find a molecule that could have formed on its own and with its own software.

As far back as 30 years ago RNA, a simpler molecule than DNA, was suggested as a candidate. Once it was recognized that RNA could fold up (like proteins) in ways that led to self-reactions, researchers saw the potential for an "RNA World". The idea was that the early Earth must have been awash in RNA molecules building copies of themselves and enhancing their own abilities to store, process and act on information.

A key bottleneck in the process was finding examples of RNA with the "software" to process large sets of instructions and fully replicate themselves. This step is crucial because, for example, if you have a robot that can only build a hundredth of a robot then the dreaded robot apocalypse is probably still a long way away. Likewise, getting that first truly self-replicating molecule is the first true step towards evolution. Scientists have, up till recently, had a hard time finding an example of RNA that had the self-replicating chops.

But, as New Scientist reports, researcher Philipp Holliger in Cambridge England has now taken a key step forward. Together with his collaborators, Holliger has created an RNA enzyme called tC19Z that can make copies of molecules almost half its own own length. If this does not sound impressive you need to understand that tC19Z is factor of 5 more capable than previous attempts at self replicating RNA. It's close enough in its ability to make endless copies of itself to make the RNA world seem like nature's best choice for creating life.

While we will never have molecular fossils that can tell us exactly what did happen four billion years ago, our progress in molecular biology is now allowing us to see what likely could have happened. Most importantly these new results are part of the long paradigm shift recognizing that living systems are as much about information processing as they are about moving material around.

Long live the replicators — whatever and wherever they are.

You can now keep up with more of what Adam Frank is thinking on Facebook.