Accessibility links
The Darkest World: Scientists Discover 'Darth Vader' Planet : 13.7: Cosmos And Culture In a world obsessed with the dichotomy between darkness and light, it's no surprise that the recent discovery of "the darkest planet" made news. TrES-2b is remarkable: It refuses to give back light. It's blacker than coal, barely visible from space. And the secret of its darkness is shrouded in mystery. 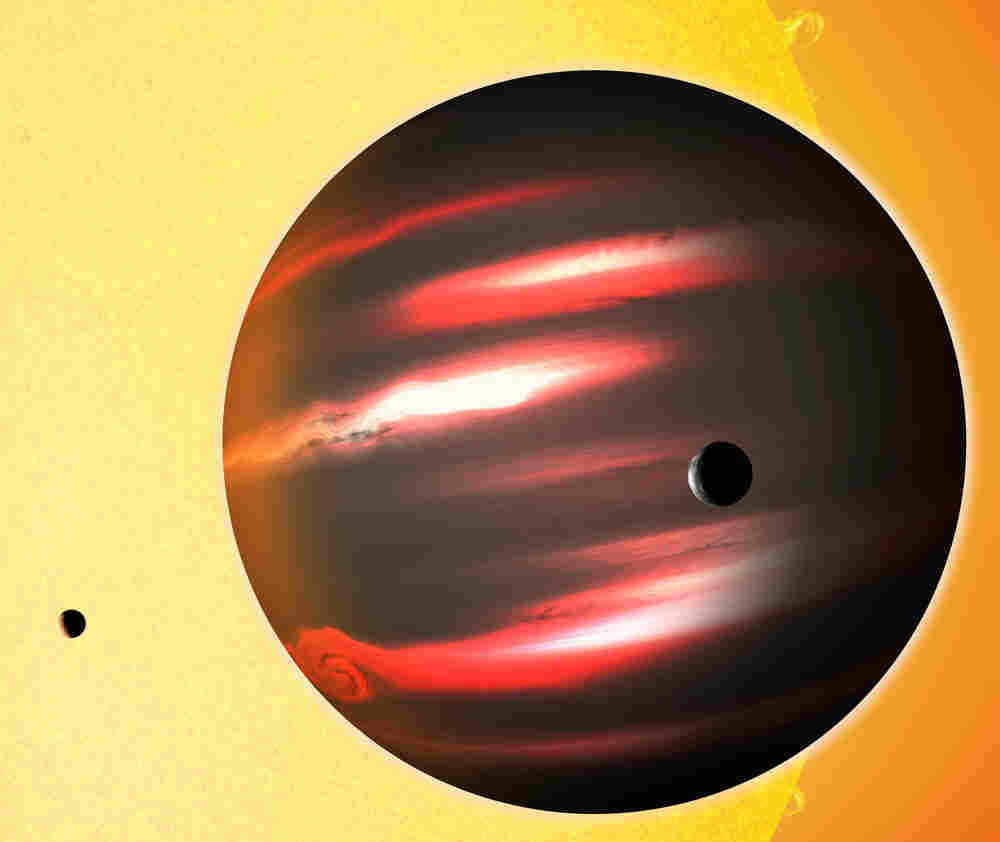 The distant exoplanet TrES-2b, shown here in an artist's conception, is darker than the blackest coal. It refuses to give back light. Why? That's a mystery. David A. Aguilar /CfA hide caption 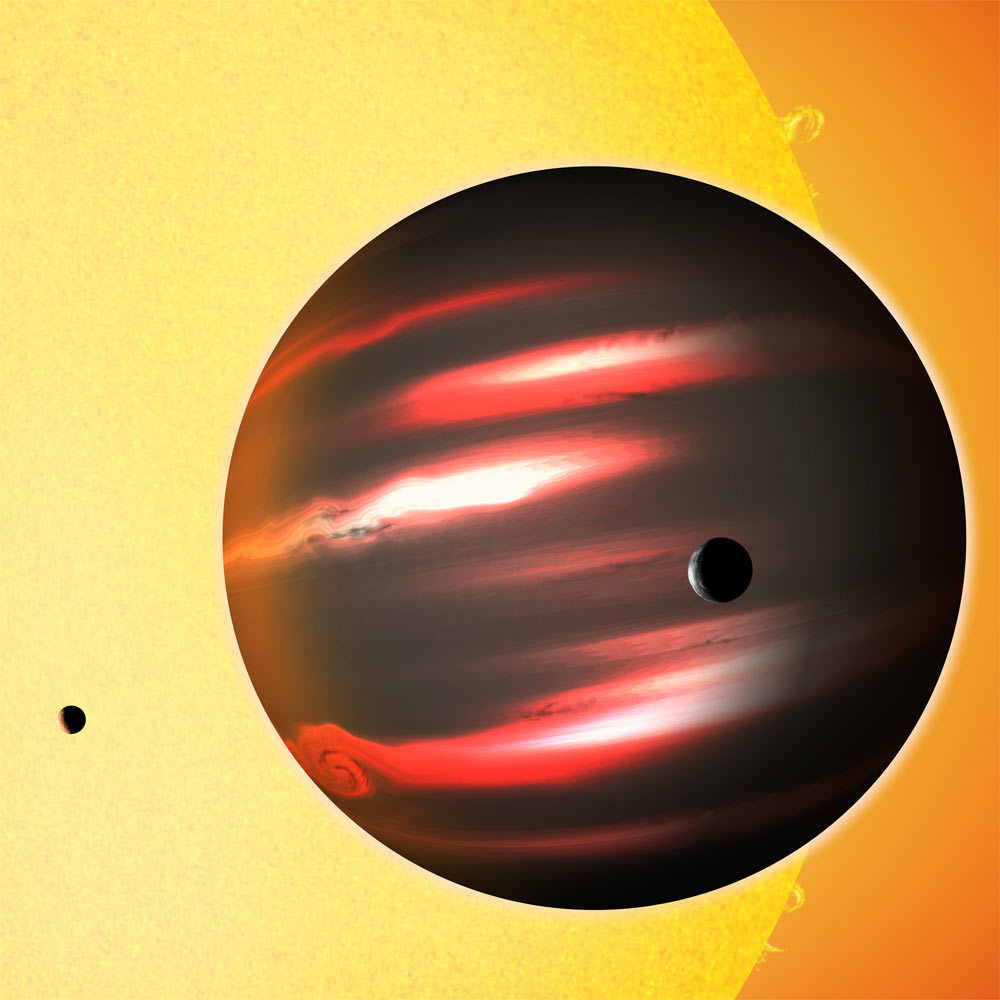 The distant exoplanet TrES-2b, shown here in an artist's conception, is darker than the blackest coal. It refuses to give back light. Why? That's a mystery.

The polarities of darkness and light have been central to human cultural imaginings since our origins.

In the 5th century B.C. there was Zoroastrian religion, based on the eternal battle between darkness (evil) and light (spiritual purity). In the modern world we have the mythic conflict between Luke Skywalker in his white tunic and his black-shrouded, fallen father, Darth Vader. Given our penchant for pulling the world apart into this kind of dichotomy, it is, perhaps, no wonder that the recent discovery of the darkest of dark planets has made news.

A few weeks ago, two astronomers announced the discovery of TrES-2b via the Kepler spacecraft. The planet is a so-called "Hot Jupiter" — a large gas giant orbiting extremely close to its sun-like star (the whole system is about 750 light years away from us).

What makes TrES-2b so remarkable is its refusal to give back light. The scientific word for reflectivity is albedo. The Earth reflects about 37 percent or 0.37 of the light it receives from the sun. That is why we present such a beautiful bright blue face to the universe.

TrES-2b is another story entirely. It bounces back less than 1 percent (0.01) of the light it receives from its star. That means the planet is blacker than coal. Seen from space, TrES-2b would barely be visible.

It is not clear yet why TrES-2b is so dark. It may be that the intense heat from the nearby star has formed strange, light-absorbing compounds in the planet's atmosphere.

"It's a mystery as to what's causing it to be so dark," co-discover David Kipping told Space.com. "There's a good chance it's a chemical we haven't even thought of yet."

A world darker than coal, darker than night and darker than the heart of wickedness. You can provide your own metaphor, analogy or back story if you want.

One of the great beauties of science is the way it lets us discover how much richer the world is than our imagination might have conceived. Then our imaginations find their own uses for these discoveries, making the world we find our own.

You can keep up with more of what Adam Frank is thinking on Facebook.