Accessibility links
Bob Dylan, Beyonce Face Questions Of Artistic License : 13.7: Cosmos And Culture Beyoncé does not commit plagiarism when she samples work by choreographer de Keersmaeker in her new video. It is only plagiarism when it is meant to deceive. 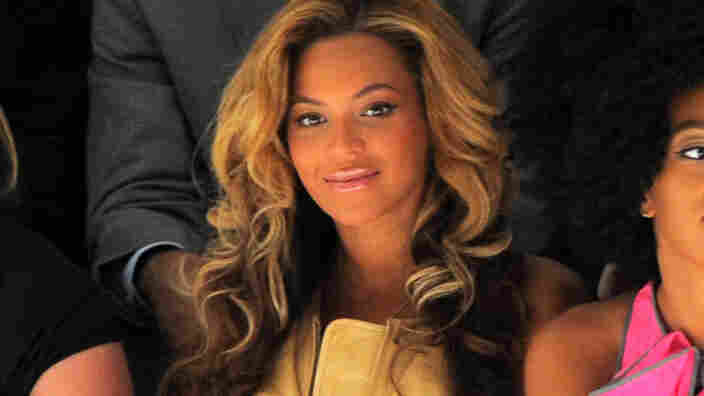 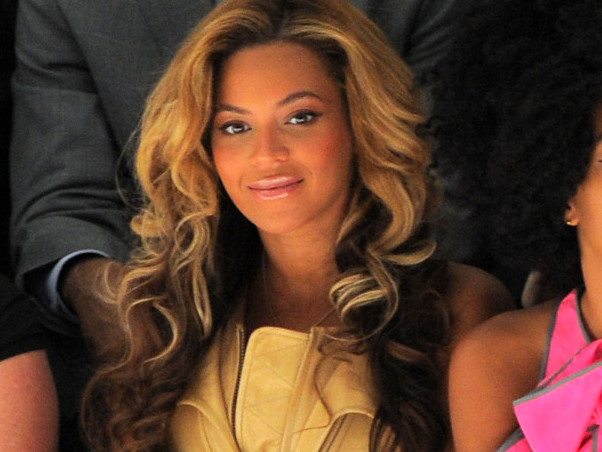 Plagiarism is passing off someone else's work as your own. It is an act of deception. Not every failure fully to disclose my background, feelings, sources or inspiration is deceptive. For not every failure to disclose will invite you falsely to understand who I am and what I am doing. Deception, like any communicative act, requires very special stage setting.

It's useful to remember this when considering recent charges of plagiarism against Bob Dylan and Beyoncé Knowles. In both cases, the accusations are baseless (which is not to say that intellectual property rights may not be at stake; that's a separate matter).

As Newsweek art critic Blake Gopnik reminds us in connection with the Dylan case, painters as diverse as Degas, Matisse, Warhol and Richter have made use of unnamed photographs in their painting practices. Dylan is just participating in what is really a common practice in modern painting. Complaining that the images derive from pictures is a bit like complaining that an artist's finished product resembles the real people he used as models in the studio.

There is also a deeper point: painting as an art is always, up front and on its surface, concerned with precisely the question of painting as a medium. This is not a recent thing. Some people worship painted icons. Other insist that to do so is heresy; a picture, after all, is never more than a trifling product of earthbound handicraft. What is a painted picture by an artist? And what is its relation to its "prototype?" Contemporary artists continue to grapple with these issues endlessly. (Consider, for example, Hiroshi Sugimoto's photographic remaking of Holbein paintings.)

Painting, and art in general, has its own distinct communicative setting, and the idea that Dylan can be accused of deception, or plagiarism, in that context, is downright silly. We need to look elsewhere — and I suspect we don't have far to look — if we want to criticize his work as painting.

The Beyoncé case is more delicate, if only because "Countdown" is a pop-music video likely to be seen millions of times over by people who have no clue that she liberally samples from Rosas danst Rosas, a work by Anne Teresa de Keersmaeker, a major contemporary choreographer (or rather, that she borrows from a dance-for-film version of de Keersmaeker's work by the Belgian film director Thierry de Mey). It is difficult not to consider this case in the light of the fact that dance, even in Europe, where funding is much better than it is here, tends to be noncommercial and culturally marginal.

You can sympathize with the choreographer who may simply want the acknowledgment that she has been seen, that her work is noticed. De Keersmaeker is quoted in The Guardian as saying: "What's rude is that they don't even bother about hiding it. They seem to think they could do it because it's a famous work ... Am I honoured? Look I've seen local school kids doing this. That's a lot more beautiful."

One thing is clear: no one could watch Beyoncé's video carefully and not see that the scenes that directly refer to de Keersmaeker arrive with quotation marks around them. The phrases from de Keeersmaeker and de Mey are inserted (sampled) as if from another artistic landscape into the very different space that Beyoncé and her dancers have been occupying; there is something even flashback-like about the sequences, as though Beyoncé's persona is hearkening back to her own dance-school background.

It is because Rosas danst Rosas has a life and importance outside the context of its performance by de Keersmaeker's company in Belgium that it can serve, unnamed, as it does for Beyoncé, as part of the streaming background for her own imaginative play.

It's also worth noticing that Beyoncé's engagement with dance and its history is longstanding. Her video for Single Ladies -- surely one the best pop-music videos ever — is replete with references to the steps of Bob Fosse, as well as to classical dance. Dance and its history provides an image scape against which Beyoncé does her thing.

Does Beyonce's exemplification of de Keersmaeker's ideas enhance their value, or diminish them? Is there a legal case to be made here? I leave that to the legal experts. But about this question there can be no doubt: Beyoncé did not commit plagiarism.

But our discussion cannot end here. Anxieties about plagiarism can seem to have a new urgency in our era in which ideas, images, thoughts and inventions are so easily reduced to data strings that can be transmitted, reproduced and manipulated with little cost and effort. "Sampling" is the word we now use to refer to the practices of assembling and recombining words, song and movement of others in new ways to make something new out of something old.

Sampling is nothing new, not in art, and not in life. Every time you use a word or phrase you are, wittingly or not, making a pastiche out of the linguistic gestures of those who came before you. Evolution, whether in biology, or in technology and culture, is never anything other than a redeployment of old means in new circumstances. We use the old to make the new and the new is always old.

In the absence of direct intention to deceive, plagiarism has nothing to do with this.