Accessibility links
Cremation, Burial Or Body Farm? : 13.7: Cosmos And Culture When life comes to an end, cremation or burial is the traditional choice. Thousands of people, though, opt instead to donate their bodies to a Body Farm, where forensic anthropologists expose cadavers to the elements — and to insects — in the interests of science. 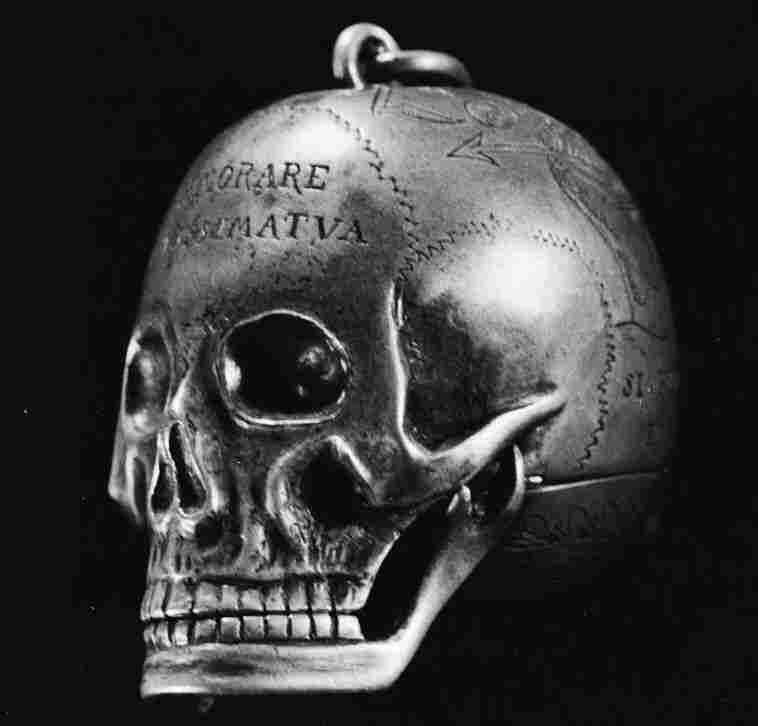 An engraved metal skull which once belonged to Mary, Queen of Scots, bearing inscriptions relating to death. The skull unhinges to expose a watch. Evans/Three Lions/Getty Images hide caption 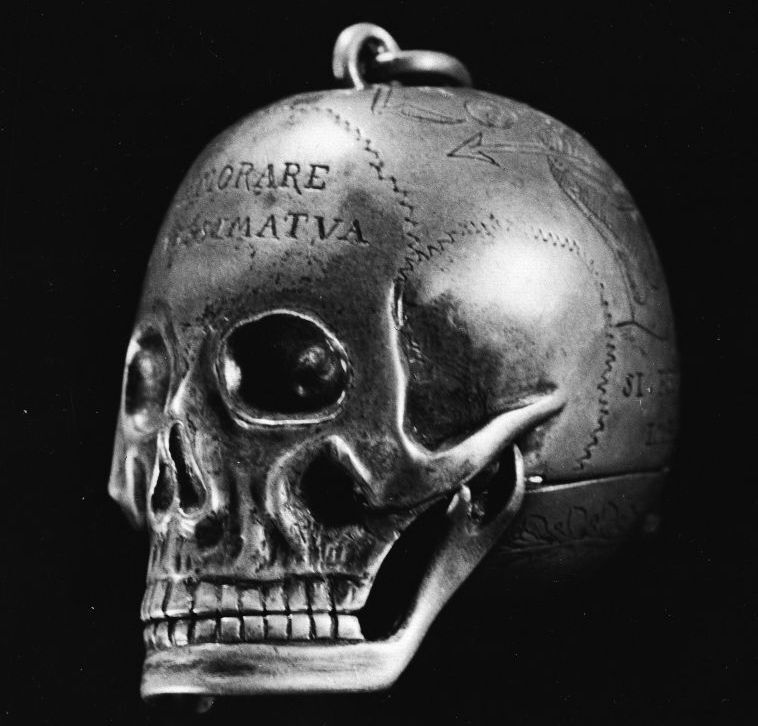 An engraved metal skull which once belonged to Mary, Queen of Scots, bearing inscriptions relating to death. The skull unhinges to expose a watch.

Four of us sat around talking over the holidays. Eventually we hit on that merry, time-honored question: Do we want to be cremated or buried when we die?

My vote was decisive. I feel oddly comforted by the knowledge that one day I'll turn to bone, cocooned, except for bugs and other foraging wildlife, in the earth. My thoughts stray to Lucy, that famous australopithecine ancestor of ours. Now residing in a museum, she dwelled for 3.2 million years in the African earth. If it's good enough for Lucy, it's good enough for me (though I'm delighted to enjoy life well past her mere 20 years).

The cremation versus burial binary, though, neglects a third option: bequeathing one's body to science. Donating organs to people who need them to survive, or donating an intact body to a medical-school anatomy lab, are fine options. Yet, I'm intrigued also by a less traditional choice: a Body Farm.

Twenty-two years ago, Dr. William M. Bass founded the Body Farm, or, as it's properly known, the University of Tennessee's Forensic Anthropology Center (UTFAC). Today it's a leader in a field populated by programs it inspired, as a newspaper article last week informed me.

At these facilities, donated bodies are placed outdoors, exposed to the elements and to the action of insects. The researchers aim to determine the nature and pace of post-mortem changes. They study how such changes occur in different climates (Tennessee versus Texas, for example) and according to variables of sex, individual developmental history and population history or family ancestry.

Research of this type directly benefits law-enforcement efforts. Bodies are left unburied, partially buried, submerged in water, or inside a car, simulating all sorts of crime scenes. At how many days past date-of-death does a certain degree of tissue decomposition, or insect infestation, occur in each of these conditions and across individuals?

Last year, in the journal Clinical Anatomy, researchers Natalie R. Shirley, Rebecca J. Wilson, and Lee Meadows Jantz published a review article on cadaver use at UTFAC. Reading it (and viewing the photographs) requires a steady stomach. The authors vividly illustrate the five stages of decomposition: fresh, discoloration, bloat, initial skeletonization, and advanced skeletonization. The effects of body-invasions by blow flies, carrion beetles, and a whole host of other diligent micro-animals are described.

Body-Farm researchers also carry out skeletal-biology analyses using statistics compiled in national forensic databases. In The Journal of Forensic Sciences, researchers M. Katherine Spradley and Richard L. Jantz published a 2011 paper entitled "Sex Estimation in Forensic Anthropology: Skull Versus Postcranial Elements." As it turns out, contrary to received wisdom, in reliably sexing a skeleton as male or female, post-cranial bones outperform skull bones. While the pelvis remains the best indicator of biological sex, it's important to know which bones to use when an intact pelvis isn't available.

It's the cadaver work that is the most attention-getting, however. Current studies at UTFAC test, among other things, the effects of hanging on a body's decomposition rate, and whether stable isotopes found in the body can point to a person's geographic origin.

In the anatomy lab nowadays, the use of cadavers may be supplemented by 3-D virtual-dissection technology, as this article from last Sunday's New York Times explains. It seems to me unlikely, though, that computer models will soon replace the Body Farm's literal "on the ground" research.

Body donation to a forensic-anthropology facility won't be everyone's idea of a good choice. But it isn't a macabre choice, either. The bodies are treated with enormous care and respect, judging from everything I've read and heard. Right now, over 2,000 individuals are on the waiting list to enter UTFAC. I'm sure they have no wish to rush their date with the Body Farm — but ending up there is one way to make a positive difference in death, just as we hope to do in life.