Accessibility links
Why Do So Many Have Trouble Believing In Evolution? : 13.7: Cosmos And Culture Why do some many people have issues with evolution? Does it really need to threaten belief or are there ways of disentangling the two?

Why Do So Many Have Trouble Believing In Evolution?

Why Do So Many Have Trouble Believing In Evolution? 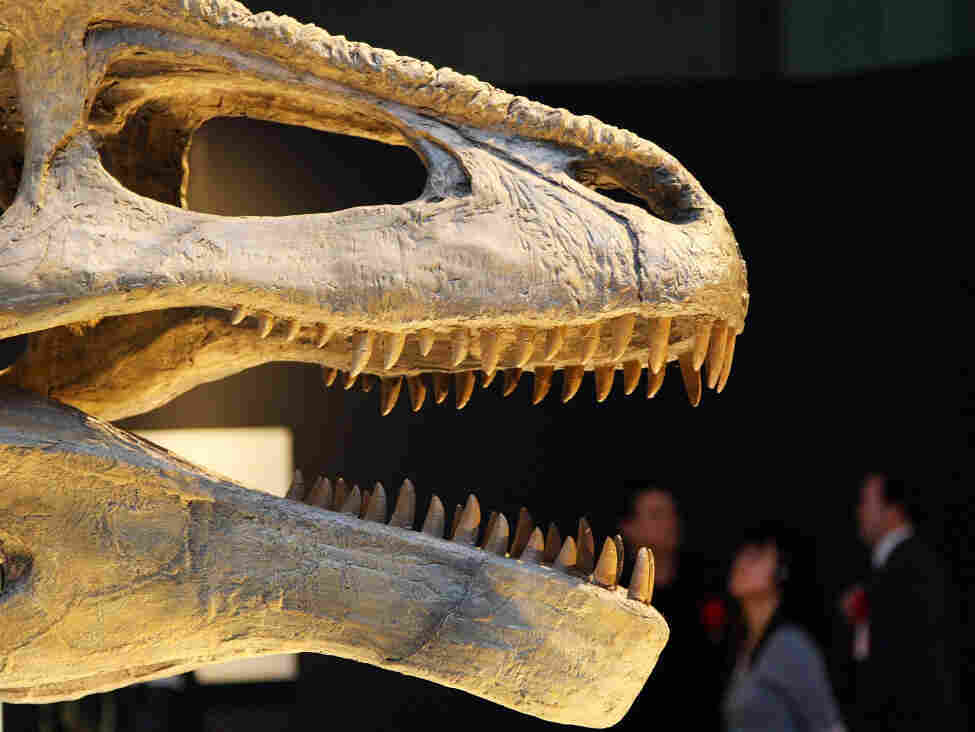 Sometimes the fossil record comes with teeth: Mapusaurus roseae on display in the "Dinosaurs of Gondwana" exhibit in 2009 at the National Museum of Nature and Science in Tokyo. Junko Kimura/Getty Images hide caption 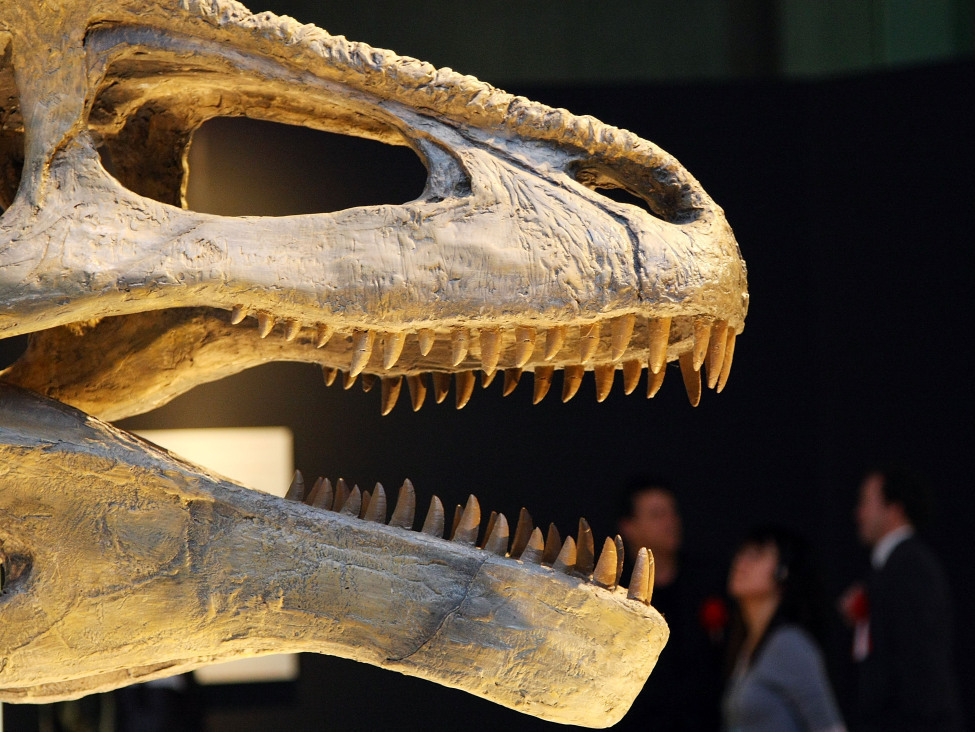 Sometimes the fossil record comes with teeth: Mapusaurus roseae on display in the "Dinosaurs of Gondwana" exhibit in 2009 at the National Museum of Nature and Science in Tokyo.

Updated on Thursday at 1:15 p.m.: After reading your comments, I feel it's important to clarify a couple of points concerning human hereditary descent and horizontal gene transfer. Please see the bracketed additions below.

The evidence is clear, as in a February 2009 Gallup Poll, taken on the eve of the 200th anniversary of Charles Darwin's birthday, that reported only 39 percent of Americans say they "believe in the theory of evolution," while a quarter say they do not believe in the theory, and another 36 percent don't have an opinion either way.

Clearly, the level of education has an impact on how people feel about evolution.

Another variable investigated by the same poll was how belief in evolution correlates with church attendance. Of those who believe in evolution, 24 percent go to church weekly, 30 percent go nearly weekly/monthly, and 55 percent seldom or never go.

Not surprisingly, and rather unfortunately, religious belief interferes with people's understanding of what the theory of evolution says.

The evidence for evolution is overwhelming. It's in the fossil record, carefully dated using radioactivity, the release of particles from radioactive isotopic decay, which works like a very precise clock. Rocks from volcanic eruptions (igneous rocks) buried near a fossil carry certain amounts of radioactive material, unstable atomic nuclei that emit different kinds of radiation, like tiny bullets. The most common is Uranium-235, which decays into Lead-207. Analyzing the ratio of Uranium-235 to Lead-207 in a sample, and knowing how frequently Uranium-235 emits particles (its half-life is 704 million years, the amount half a sample decays into Lead), scientists can get a very accurate measure of the age of a fossil.

But evidence for evolution is also much more palpable, for example in the risks of overprescribing antibiotics: the more we (and farm animals) take antibiotics, the higher the chance that a microbe will mutate into one resistant to the drug. This is in-your-face evolution, species mutating at the genetic level and adapting to a new environment (in this case, an environment contaminated with antibiotics). The proof of this can be easily achieved in the laboratory (see link above), by comparing original strands of bacteria with those subjected to different doses of antibiotics. It's simple and conclusive, since the changes in the genetic code of the resistant mutant can be identified and studied.

However, there are creationist scientists who claim that mutation is not the true mechanism of resistance. Instead, they claim that bacteria already had those genes in some sort of dormant state, which were then activated by their exposure to antibiotics. For example, Dr. Georgia Purdom argues that this inbuilt mechanism is "a testimony to the wonderful design God gave bacteria, master adapters and survivors in a sin-cursed world." I couldn't identify [in her paper] any data to back her hypothesis that bacterial resistance to antibiotics comes [exclusively] from horizontal gene swap and not mutation. [Clearly, horizontal gene transfer is a primary reason for bacterial antibiotic resistance. It's just not the only one, as Dr. Purdom argues.]

Does evolution really need to be such a stumbling block for so many? Is it really that bad that we descended from monkeys? [Formally, we didn't "descend from monkeys" but shared a common ancestor with monkeys in the past. In fact, all common living species shared a single common ancestor, known as LUCA, for Last Universal Common Ancestor. LUCA was probably a single-celled organism.] Doesn't that make us even more amazing, primates that can write poetry and design scientific experiments? Behind this strong resistance to evolution there is a deep dislike for a scientific understanding of how nature works. The problem seems to be related to the age-old God-of-the-Gaps agenda, that the more we understand of the world the less room there is for a creator God. This is bad theology, as it links belief to the development of science.

Even though I'm not a believer, I wonder why those who are need to equate God with the hard work of designing people, bacteria, dinosaurs, or some 900,000 known species of insects. (Probably there are more than 10 million in total.) Surely there are better ways to find God or other paths toward spiritual meaning in life?