Accessibility links
Geo-Glyphs And Geo-Polities: Amazonia's Surprising Past : 13.7: Cosmos And Culture As Amazonian deforestation increases, archaeological sites emerge that tell a surprising tale about how forest peoples, hundreds of years ago, farmed intensively and creatively. Should this knowledge impact how we plan for Amazonian conservation today? 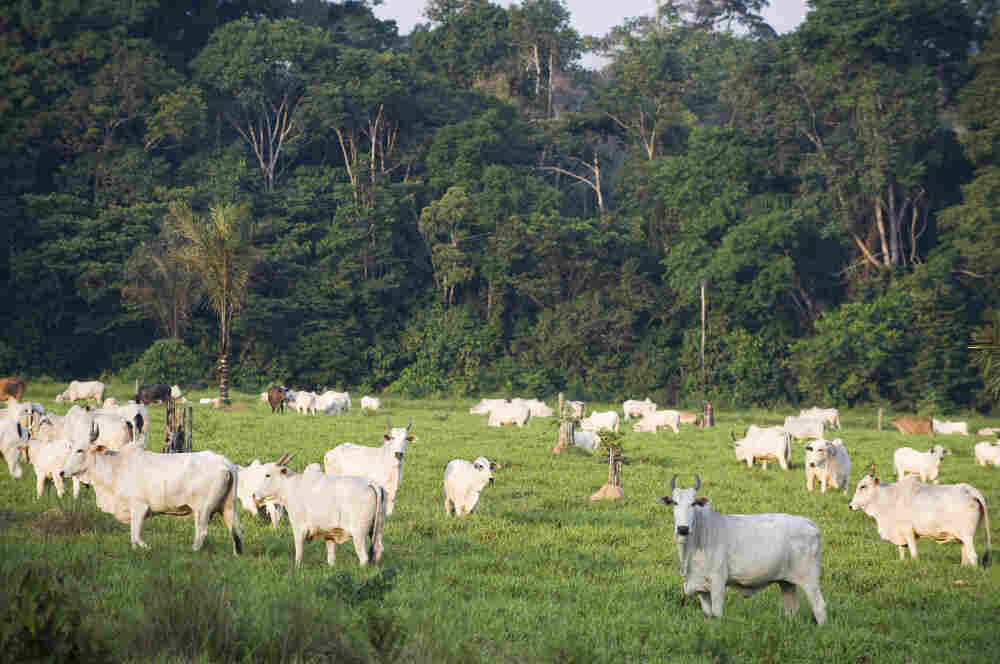 Should our growing understanding of pre-Columbian settlements in the Amazon have any bearing on the debate over the region's development today? Antonio Scorza/AFP/Getty Images hide caption 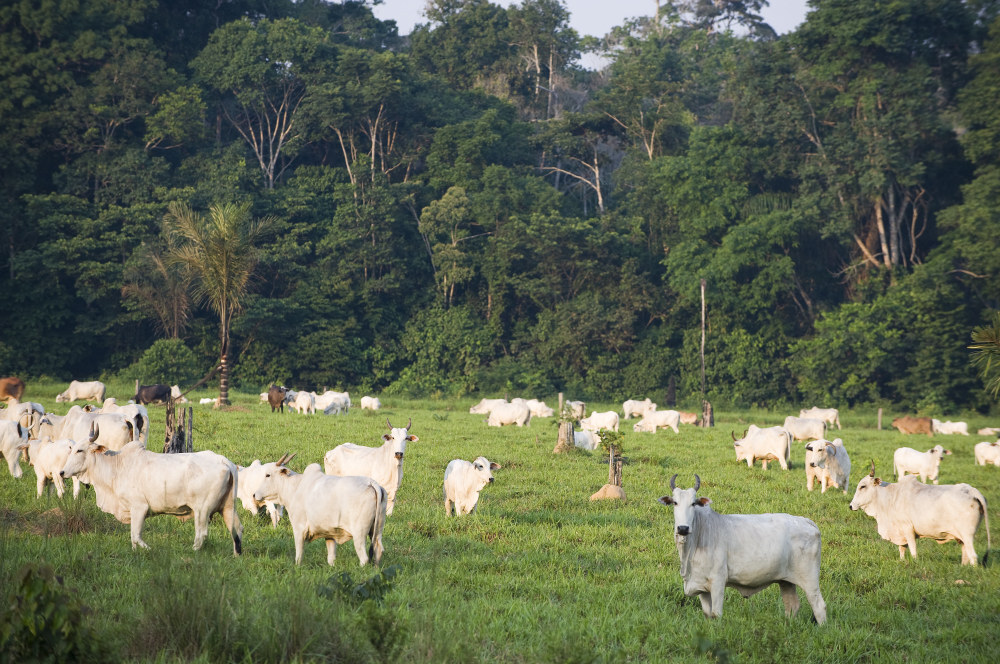 Should our growing understanding of pre-Columbian settlements in the Amazon have any bearing on the debate over the region's development today?

Sometime between 1,000 and 2,000 years ago, people living in the Amazon region of what is now Brazil constructed huge land carvings: geo-glyphs in the shape of squares, circles, ovals, rectangles and octagons.

The New York Times reported on these geo-glyphs last week. These ceremonial symbols — if indeed, as some archaeologists suspect, that's what they are — have been known for some time. As deforestation in the Amazon accelerates, however, more of these earthworks are coming to light. With them comes increased certainty that past Amazonian peoples carried out intensive agriculture and lived in large-scale geo-polities.

These facts have crashed up against my stubbornly implanted, but false, mental images of pre-Columbian Amazonia: huge swaths of emerald and unbroken forest teeming with monkeys, jaguars, birds, and insects — but housing only a few, small, scattered groups of human hunter-gatherers.

To get a better grasp on what is known about the Amazonian past, this week I contacted William Woods, the geographer and anthropologist from the University of Kansas who is quoted in the Times article.

"Over the past 20 years," Woods told me, "overwhelming evidence has been accumulating which strongly suggests that there were more people in Amazonia 500 years ago than, outside of the major cities, there are now." Instead of small groups isolated from each other, we're talking about large political entities, he explained.

Back then, the forest was much more open than it is today, with a thriving mix of permanent settlements, fields, gardens and orchards. Palm trees and Brazil-nut trees were cultivated in those orchards. People didn't just alter their surrounding landscape, they played a major role in creating that landscape.

Woods is keenly interested in terra preta do indio, or "Indian Black Earths." Terra preta, he says, "were created by indigenous people hundreds, even thousands of years ago. They are associated with long-enduring Indian village sites and filled with ceramics, animal and fish bones, and other cultural debris."

So terra preta is the ultimate example of anthropogenic activity in the Amazonian past — and it was highly successful activity, at that. These black soils, Woods explains, "are much more fertile than the surrounding, highly weathered, reddish soils. They have generally sustained this fertility to the present, despite the tropical climate and despite frequent or periodic cultivation."

This is cool stuff. For people (like me) who hadn't been fully aware of this anthropological science, it has the potential to transform how we think about human-environment interactions in our past.

For anyone wishing a fuller picture of the pre-Columbian Americas, Woods recommends the book 1491 by Charles C. Mann. Based on Mann's excellent 2002 article in The Atlantic, I echo Woods' recommendation.

For now, I'm wondering about an issue that came up also in the Times article. How should our improved knowledge of the Amazonian past impact how we think about Amazonian forest conservation in the present?

It's time to junk the idea — stereotypical and condescending, in a "noble savage" sort of way — that hundreds of years ago, roaming tribes of people lived in harmony with nature in the Amazon forest, leaving no ecological footprint. The hard question is, where do we go from here?

We shouldn't lose sight of the fact that current deforestation in Amazonia occurs for a mix of reasons, ranging from land-clearing for cattle pastures and farms, to large-scale logging operations. But should environmentalists' goals for restoring the forests take into account the surprisingly open forests of the past?

I wonder what relationship that question has to another: What do present-day Amazonian people want, regarding the preservation of key archaeological sites in their country, including those where the geo-glyphs are located?

What balance should be sought between preserving the forests, and preserving Brazil's cultural patrimony?