Accessibility links
Does Taste Depend On Context? : 13.7: Cosmos And Culture Can you tell white wine from red? As Paul Bloom discusses in a recent book, you might be surprised by the answer. Alva Noë argues that examples such as this give us an opportunity to think anew about perception and its pleasures. 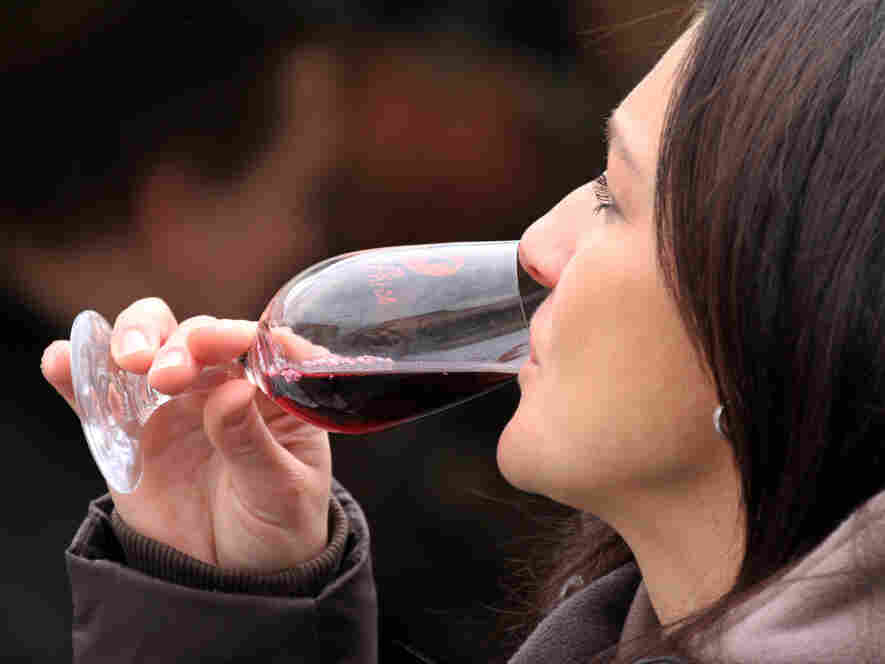 Can we really taste the difference, or is it all just down to context? AFP/AFP/Getty Images hide caption 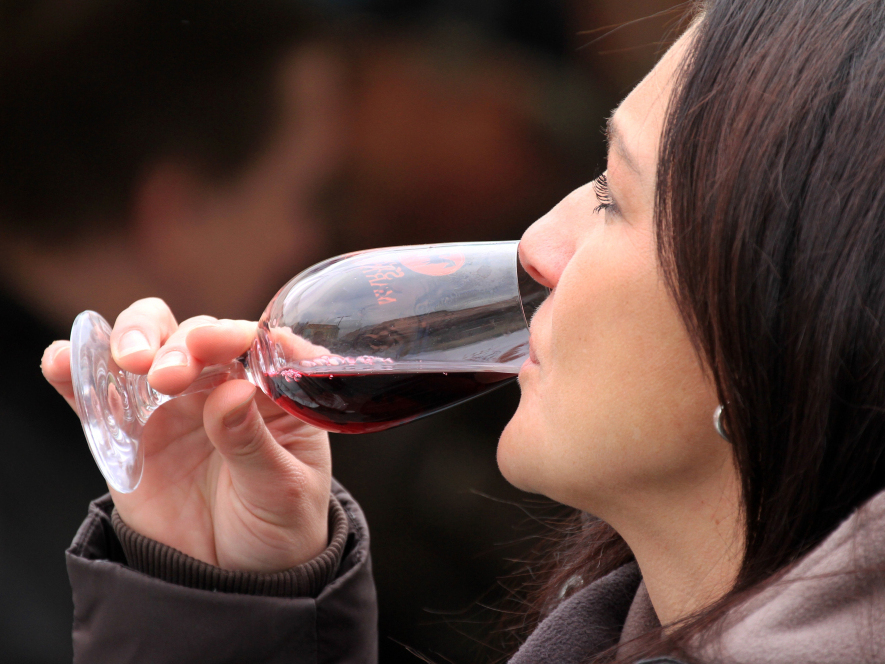 Can we really taste the difference, or is it all just down to context?

Can you tell the difference between gourmet liver paté and dog food?

I mean, can you tell the difference by taste?

Many of you are probably pretty sure that you could, and also that you could tell the difference between a $100 bottle of a splendid vintage and some $5 schlock, right? But can you really? In a blind taste test?

Scientists have looked into these questions and the findings are, well, they're disgusting. It turns out most people won't notice the difference between paté and dog food, so long as the latter is suitably presented with the right sort of garnish. And as for our ability to discriminate wine, even experts may confuse a white wine with a red when it is served at room temperature in a dark glass. And we'll enjoy soggy old potato chips, it turns out, if our chewing is accompanied (over head phones) by the satisfying sound of crunching.

What are we to make of this?

I think there is a temptation, when we learn of these studies, to feel that we have been somehow unmasked, exposed, revealed to be, well, inauthentic in our pleasures. After all, if we can't really taste the difference between cheap beer mixed with vinegar and an expensive micro-brew, then surely this means that our preference for the finer stuff is, well, a pretension. Maybe the evolutionary psychologists are right and our preferences are really complicated strategies to display wealth and win sexual partners.

And of course we're no better off when it comes to sex. We choose our sexual partners based in large measure on features that have nothing to do with the intrinsic "taste" of the sex acts themselves. If this were not the case, why would we care to have sex only with people of a given gender, or age, or appearance? Even blind men care about how women they meet look. Why? — Could you actually tell whether it is your wife's hand that you are holding, and not that of a perfect stranger, in a blind taste test, as it were? And what would it mean to you if you could not?

It's hard to avoid the conclusion that we are frauds and fakes.

But this would be exactly the wrong conclusion to draw, and it turns, I believe, on a widely accepted but misguided conception not just of pleasure, but of perception itself. It turns on the idea that perceptual qualities are qualitative atoms whose occurrence is fixed by the intrinsic quality of our internal, presumably physical (neural) states. Taste, we suppose, is in the mouth. So if we can't discriminate taste just on the basis of what is happening in our taste buds, then, well, we are making the difference up.

But this is crazy. Consider a different sort of case. The German word "Nein" and the English word "nine" sound exactly alike; the very same acoustic event can instantiate both words. And yet we experience them differently, at least if we know the relevant languages. Now this is a real difference, and it is one we genuinely perceive, but it is one that corresponds not to a qualitative atom, but to a qualitative arc. We are sensitive, in this case, to a context, to a flow, to a conversation.

And so with other perceptual qualities. Context matters, and so do our attitudes and expectations. My dad used to say that Chinese food tastes better with chop sticks. And he was right. Not because he was snob, or deluded, but because he appreciated that enjoying the food is wrapped up with a way of thinking about it, handling it, chewing it.

We can discriminate dog food and paté, red wine and white, holding hands with someone we love and holding hands with a stranger. But what we are discriminating, when we do this, is not neural events in the mouth or hand, but what we are doing. And when the wine expert, or the lover, describes what matters in the flavor, or the caress, he or she is not identifying marks or features of the intrinsic qualities in the nervous system that only the expert of the lover can discern; taste is not a kind of measurement. Rather, the expert is calling attention to features of the flavor and the action that are precisely there for us to think about and pay attention to. If we choose to. And of course we don't have to choose to. People (individuals, but also classes and cultures) differ in what they choose to care about.

The cases I mention here are discussed by Paul Bloom, a pscyhologist at Yale, in his insightful and provocative book How Pleasure Works: The New Science of Why We Like What We Like. I like this book very much, and recommend it, and will return to puzzles it raises in the coming weeks.