Accessibility links
Adele In The Goldilocks Zone : 13.7: Cosmos And Culture Adele's music has the power to please. But we turn to neuroscientists in vain to understand why. When it comes to music, we like the familiar unfamiliar.

Adele In The Goldilocks Zone

Adele In The Goldilocks Zone 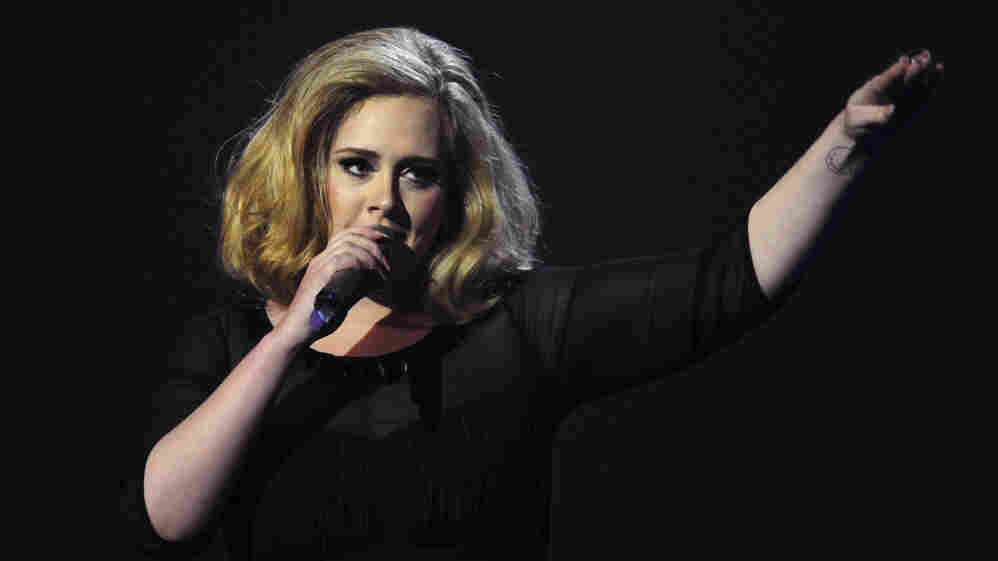 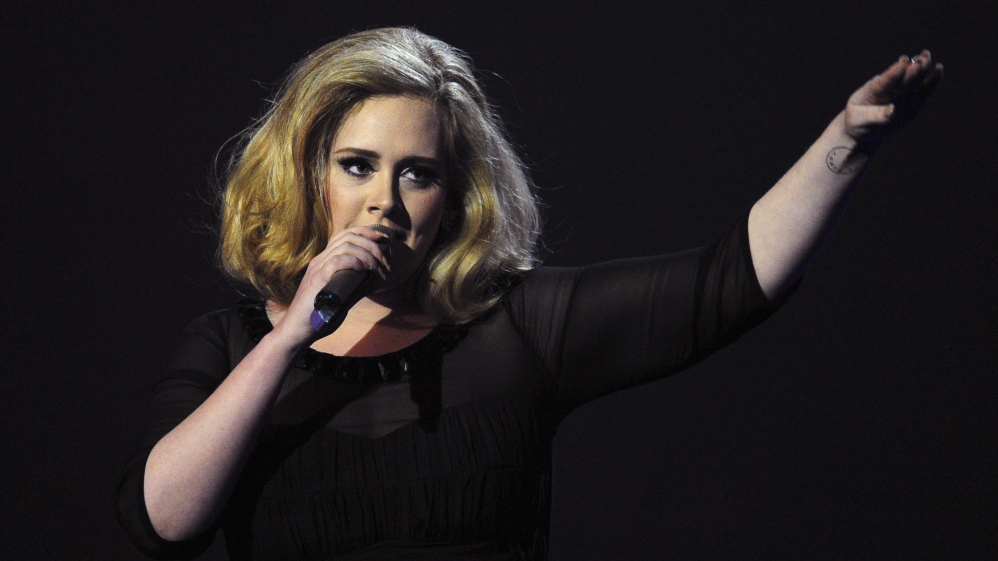 Adele at the BRIT Awards in London

Pop singer Adele won six Grammy Awards last week and since then has sold close to 750,000 copies of her album 21. People are very excited about this music and I can appreciate why. She nails it like a gymnast on a landing. She gives us what we want to hear. Not too hot. Not too cold. Just right.

Music is a lot like clothing. We like our jeans pre-worn. When it comes to music, we like the familiar unfamiliar. That is, we like things we've never heard before that sound like things we have heard before. If the music is too familiar, it's dull. But if it is genuinely new, if it really is novel, then it is obnoxious.

We are attracted to music in the Goldilocks Zone, as it has been called. And it is this that explains a familiar but nonetheless remarkable fact about musical style, namely, that styles change, and that, therefore, music has a history. You can tell where and when a song was written just by the sound of it! Why should that be?

What is truly astonishing, when you stop to think about it, is that laws of style seems to circumscribe what any artist can hope accomplish. However original, however diverse one's influences, the art we produce bears not only our individual mark, but that of the time and place where it originates.

The fact that style has a history makes sense given the drive for the familiar unfamiliar. It is the yearning for the unfamiliar that propels us toward change, and so in the direction of the new; it is the lust after characteristically familiar forms of novelty that keeps us safely in the comfort zone set up by our local horizon. Music, from this standpoint, is a conversation that elapses in time. We are done with what's been said, but not interested in just any old thing that might be sayable, only in what is pertinent to current concerns. As the musical conversation unfolds over time our expectations and interests change, and so the invisible shows up, the new gets old, and the old acquires the comfort, and the emotional value, of, say, an old sweater. (Some old sweaters are cherished; we give others away, and throw others out.)

The thing to notice is that it isn't as though we don't like novel music. It's that we don't even hear it; we are deaf to its musical ideas. The encounter with genuinely novel music is like hearing a conversation in a language we don't know. This is why music that is now canonical and tame for us — Stravinsky's "The Rite of Spring," for example — could once have caused audiences to riot and storm out of the hall. The music hasn't changed, but we have.

According to scientists interviewed for a recent article in the Wall Street Journal (mentioned in a recent story on WNYC's On the Media), music with certain properties — roughly, music that occupies the Goldilocks Zone, a song like Adele's "Someone like you" — sets up the release of dopamine in reward circuitry in the brain. No doubt. But it would be a mistake to think this is why we like the music. Dopamine is released because we like the music. And our liking the music has everything to do with our perceptual sensitivity to the way it fits into, and plays against, a musical conversation, which is really to say, a whole musical culture. The same music, but in a different musical context, wouldn't have those same effects in our nervous system. Why? Because it wouldn't be any good.

Stravinsky wasn't in the business of selling records and winning Grammy Awards. He wasn't serving likes and dislikes, but doing something very different. It is a challenge to say just what. Perhaps he was investigating the limits of music itself as a mode of musical expression. Far from trying to please, he was looking into the nature of music as a domain for meaningful activity at all. Not so Adele, I fear. She serves up a happy meal. She occupies the Goldilocks Zone.