Accessibility links
Rumors Of Neutrinos, Facts About Climate: The Importance Of Mistakes : 13.7: Cosmos And Culture What makes science so powerful is not just the admission of mistakes, it's also the detailing of mistakes.

The Importance Of Mistakes

The Importance Of Mistakes 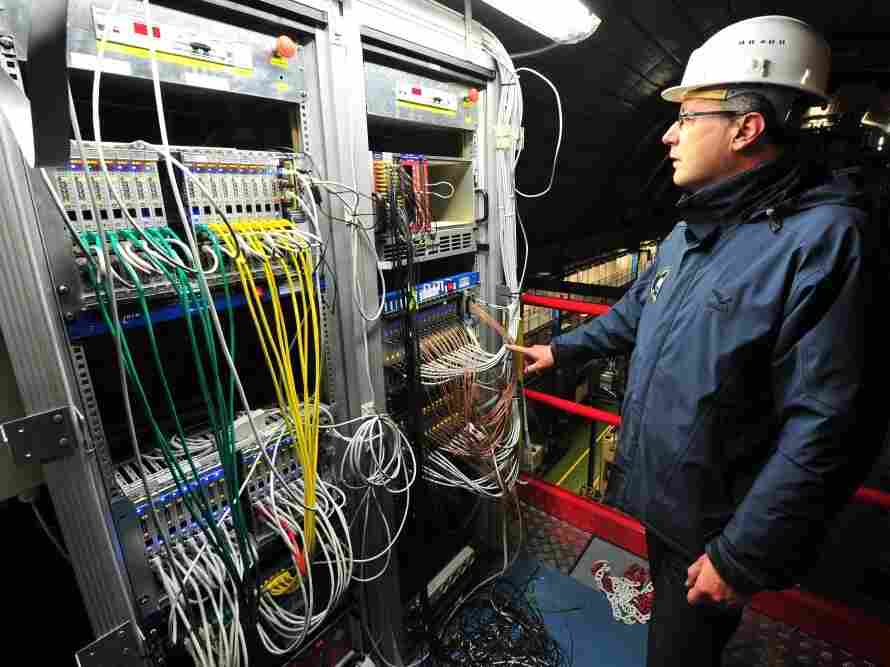 It takes a lot of cabling to make the Oscillation Project with Emulsion-Racking Apparatus (OPERA) run at the Gran Sasso National Laboratory (LNGS) in Italy. Alberto Pizzoli/AFP/Getty Images hide caption 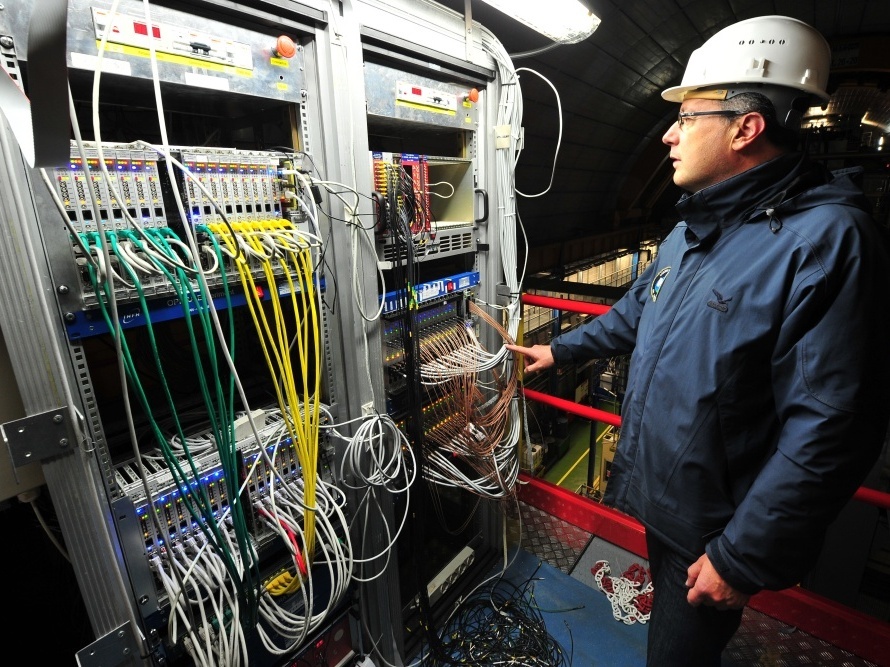 It takes a lot of cabling to make the Oscillation Project with Emulsion-Racking Apparatus (OPERA) run at the Gran Sasso National Laboratory (LNGS) in Italy.

That's exactly what's required in science. As embarrassing as it might seem to most people, admitting a mistake is really the essence of scientific heroism.

Which brings us, first, to faster-than-light neutrinos and then to climate science.

Last week rumors began to circulate that the (potential) discovery of neutrinos traveling faster than the speed of light may get swept into the dustbin of scientific history. The news (rumors really) first circulated via Science Insider.

"According to sources familiar with the experiment, the 60 nanoseconds discrepancy appears to come from a bad connection between a fiber optic cable that connects to the GPS receiver used to correct the timing of the neutrinos' flight and an electronic card in a computer."

The story goes on to say that once the cable was tightened the Einstein-busting result disappeared. While "sources familiar with the experiment" might not seem enough to start singing funeral dirges, (who was the source, Deep Neutrino?), CERN released its own statement that points in a similar direction. No one can say for sure yet, but it appears that the faster-than-light hoopla is likely to go away.

So what are we to make of this? A loose cable seems pretty lame on the face of it. "Dude, Everybody with a cable box and a 32-inch flat screen knows you got to check the cable!"

There is no doubt that, as mistakes go, researchers running the neutrino experiments would rather have something a bit more sexy to offer if their result was disproven. (How about tiny corrections due to seismic effects?) Still, I'm betting the OPERA experiment had a heck of a lot more cables than your TV so, perhaps, we should be more understanding.

More importantly, no matter how it happens making mistakes is exactly what scientists are supposed to do. "Our whole problem is to make mistakes as fast possible," John Wheeler once said.

What make science so powerful is not just the admission of mistakes but also the detailing of mistakes. While the OPERA group might now wish they had waited a bit longer to make their announcement, there is no shame in the mistake in-and-of itself. If they step into the spotlight and tell the world what happened, then they deserve to be counted as heroes just as much as if they'd broken Einstein's theory.

And that is where we can see the connection to climate, evolution and all the other fronts in the ever-expanding war on science. Last week at the AAAS meeting in Vancouver, Nina Fedoroff, a distinguished agricultural scientist and president of that body, made a bold and frightening statement (especially for someone in such a position of authority). Fedoroff told her audience, as The Guardian reported:

"'We are sliding back into a dark era,' she said. 'And there seems little we can do about it. I am profoundly depressed at just how difficult it has become merely to get a realistic conversation started on issues such as climate change or genetically modified organisms.'"

The spectacle of watching politicians fall over each other to distance themselves from research validated by armies of scientists is more than depressing. Our current understanding of climate, for example, represents the work of thousands of human beings all working to make mistakes as fast possible, all working to root out error as fast as possible. There is no difference between what happens in climate science or evolutionary biology and any other branch of science.

Honest people asking the best of themselves push forward in their own fields. They watch their work and those of their colleagues closely, always looking for mistakes, cracks in reasoning, subtle flaws in logic. When they are found, the process is set in motion: critique, defend, critique, root out. When science deniers trot out the same tired talking points, talking points with no scientific validity, they ignore (or fail to understand) their argument's lack of credibility.

Eventually, science always finds its mistakes. Eventually we find some kind of truth, unless, of course, mistakes are forced on us from outside of science. That, however, is an error of another kind entirely.