Accessibility links
Is Homeopathy A Sham? : 13.7: Cosmos And Culture Homeopathic treatments are too dilute to be effective. Why, then, are they so popular? This is the first in a series of reflections on this question.

Is Homeopathy A Sham?

Is Homeopathy A Sham? 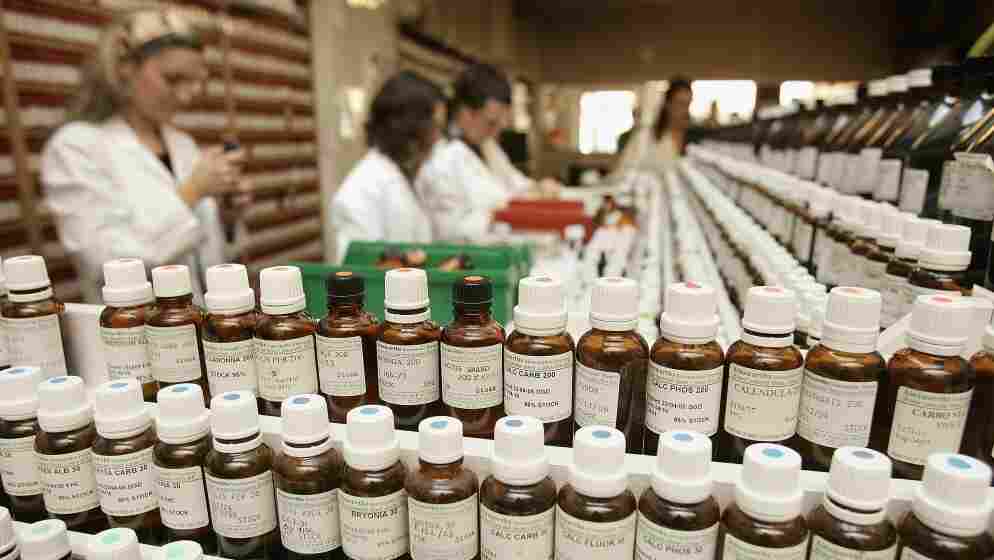 In 2005, the British medical journal The Lancet attacked the use of homeopathic treatments saying that doctors should be honest about homeopathy's lack of benefit. Peter Macdiarmid/Getty Images hide caption 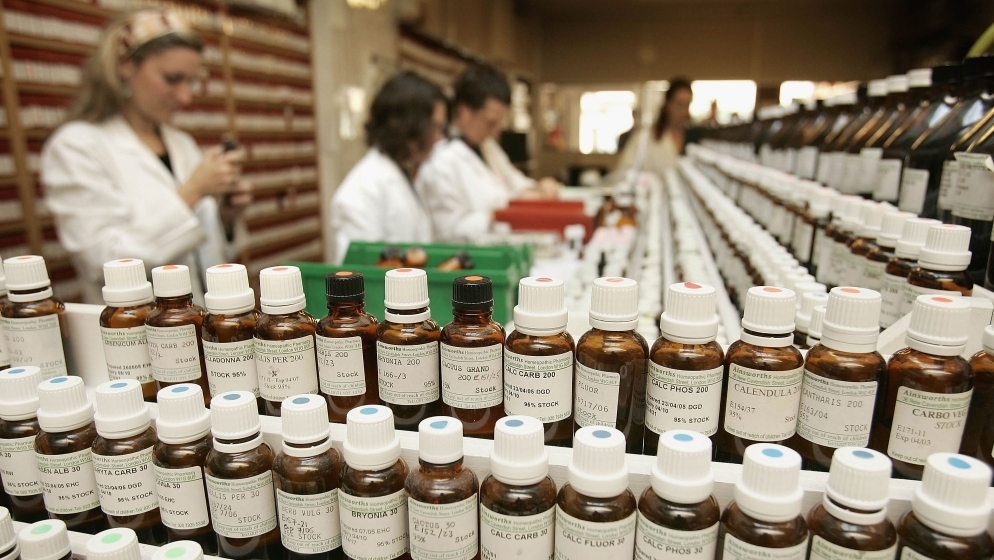 In 2005, the British medical journal The Lancet attacked the use of homeopathic treatments saying that doctors should be honest about homeopathy's lack of benefit.

Homeopathic medicines are said to have no side-effects; this is considered a major selling point. It is less often noticed that this is because they have no effects at all. This is why you can't overdose on homeopathic remedies. (I wouldn't try this myself, but see here.)

The stone hits the water. This makes a noise; there is a splash; there are ripples; the bird is startled and takes flight, and on and on. Maybe my purpose in throwing the stone is to make it skip; this is the effect at which I aim; relative to this aim, all the rest are just side-effects.

A study just published in Lancet finds that aspirin at low doses may reduce cancer. This, it turns out, may be one of aspirin's effects. From the standpoint of its use as a pain-killer, or as a fever-reducer, or in the treatment of vascular disease, the anti-cancer properties of aspirin are a side-effect. Little is known for certain about what the mechanisms of this effectiveness might be.

To give an example (due originally to the philosopher H.L.A. Hart), if a Martian were to come to Earth, he might explain a house fire as caused by the superabundance of oxygen in the environment. We, on the other hand, who take oxygen for granted as a background condition, are likely to cite the action of the arsonist, even though we know that the arsonist's action would have been ineffective without the presence of oxygen. (Imagine the arsonist's defense in court: Yes, judge, I lit the match, but it was the oxygen that caused the fire; I'm innocent!)

What we consider relevant to an explanation of why the house burned depends on what we know and take for granted and what we are trying to figure out. For the Martian, the remarkable thing was the presence of oxygen. To us it was the actions of the arsonist. To a divine intelligence, maybe the decisive factor would have been the fact that the Big Bang occurred billions of years earlier!

But this interest-relativity does not mean the causal net is unreal! And this brings us back to homeopathy.

Homeopathic remedies are sold as just that, remedies. Homeopathic doctors prescribe their solutions to help patients suffering specific maladies; the medicines cost real money; they come in impressive looking bottles with precise dosage and usage instructions. In many countries, insurance companies pay for such treatments. Friends of homeopathy think of their medicines as intervening effectively in the causal nexus. But the simple fact is, they do not. Or rather, evidence that they do remains inconclusive. And we know exactly why this should be. The solutions are too dilute for the "active ingredients" to be active at all.

And yet — and it is crucial that there is an "and yet" — homeopathic treatments do have effects. I have very close friends who swear by these treatments; the comfort they take, not only from the drops and tablets, but also from the guidance and counsel of homeopathic "doctors," is undeniable.

Is this just ignorance? Or self-deception? Have my friends been swindled? Or is this an example of the well-documented, but poorly understood placebo effect? Or are things more complicated even than that? In the coming weeks I will return to this topic.