Accessibility links
Can 'Hackstability' Save Civilization? : 13.7: Cosmos And Culture Between the techno-utopia of AI singularities of and apocalyptic environmental collapse there just might exist the relative equilibrium of "hackstability." 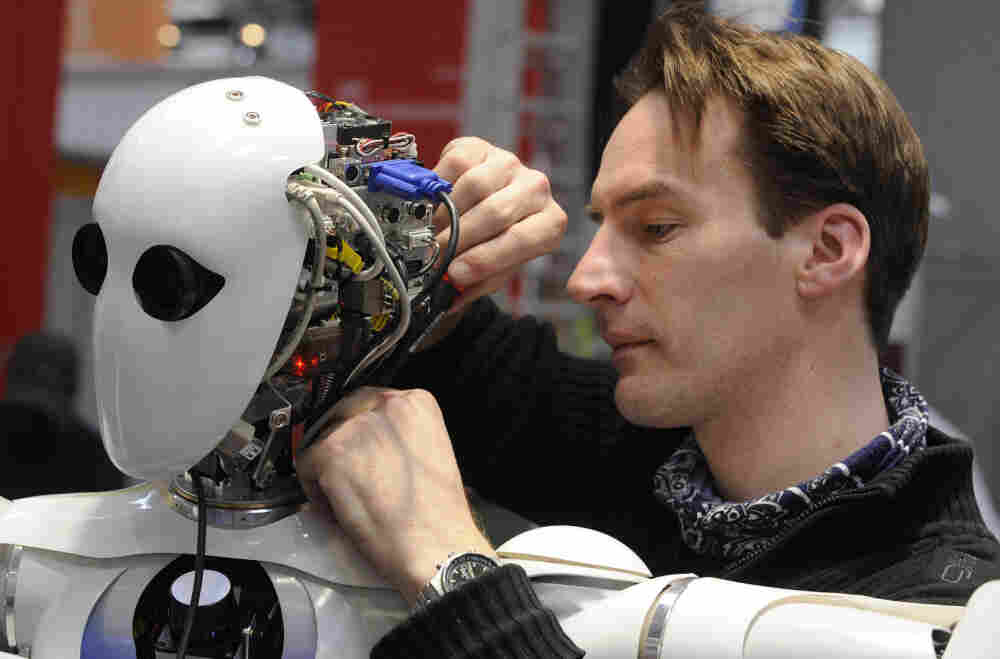 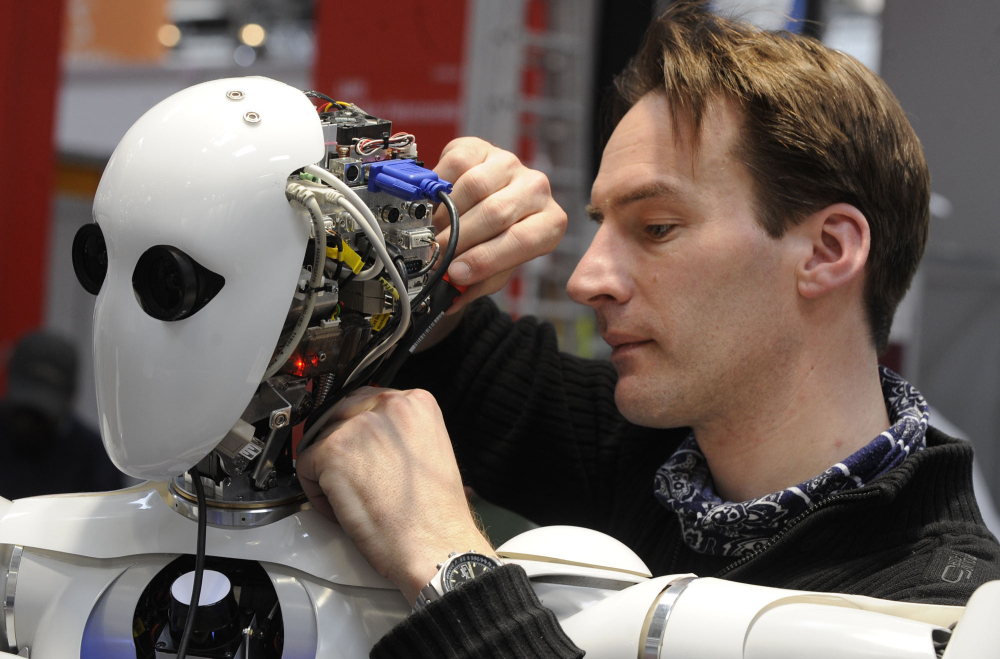 The future looks bright, a gleaming utopia of sky-spanning cities run for us by benign, sentient machines. The future looks grim, a wasteland of failed — even hostile — technologies and the depleted resources they depended on.

When we think about the future, we almost always find ourselves caught swinging between the poles of this utopia vs. dystopia dichotomy. It's an easy trap to fall into. The civilization we've hastily constructed appears to groan under the weight of its own complexity, even as it continues to create miracles unimaginable just a century or two ago. But are the paired futures of techno-singularity or societal collapse the only possibilities awaiting us?

Somewhere between acceleration and decay there may be a more realistic future whose outline we can see right now. Between the singularity and collapse there just might exist the relative equilibrium of "hackstability."

The brainchild of writer Venkatesh Rao, "hackstability" is a vision of the future that begins with the now universal concept of hacking. Rao describes how he came to the idea:

"Sometime in the last few years, apparently everybody turned into a hacker. Besides computer hacking, we now have lifehacking (using tricks and short-cuts to improve everyday life), body-hacking (using sensor-driven experimentation to manipulate your body), college-hacking (students who figure out how to get a high GPA without putting in the work) and career-hacking (getting ahead in the workplace without "paying your dues")."

Annoyed at first by the overuse of "hacking," Rao came to understand how a new term might offer an entirely new vision for the fate of our complex technological culture. To begin, Rao offers his own ready definition of hacking. It is:

" ... the term we reach for when trying to describe an intelligent, but rough-handed and expedient behavior aimed at manipulating a complicated reality locally for immediate gain."

Rao's software design experience taught him that all our complex technologies — from wordprocessing programs to air-traffic-control systems — come with inherent flaws (bugs). Often the scope of these flaws becomes apparent only after the system is so heavily used (and so heavily invested in) that it's no longer "disposable." There is no way to simply stop using the system because it has become the material basis of culture.

The flaws in heavily used systems constitute a kind of "technological debt" the civilization accumulates. When urban planners struggle with aging or unworkable city infrastructures, they are dealing with this kind of debt. The problem, says Rao, is that in some cases these debts can never be paid.

"Beyond a certain critical scale, you can never throw a system away because there is no hope of ever finding the wealth to pay off the accumulated technical debt via a new design ... "

That is where hacking comes in, says Rao.

"All you can hope for is to keep hacking and extending its life in increasingly brittle ways, and hope to avoid a big random event that triggers collapse."

Extending that vision to whole planet, Rao sees global civilization as "a single massive technology that can never be thrown away." Within that framework hackstability becomes an alternative to the fatalism of collapse and unrealistic techno-optimism of artificial-intelligence based singularities.

"Maybe if you keep hacking away furiously enough, and grabbing improvements where possible, you can keep a system alive indefinitely, or at least steer it to a safe soft-landing instead of a crash-landing."

There is a strong, imaginative pull to both the collapse scenarios of Mad Max and gleaming warp-drive future of Star Trek. Rao's concept of hackstability, however, offers no CGI worthy landscapes to envision. It would just be us, making do as best we can as we continue to stumble onward.

We are a resilient lot and the concept of hackstability does some justice to the reality of our tenaciousness. A hackstable culture might not be pretty but it might be able to last. That would be worth a great deal.

You can keep up with more of what Adam Frank is thinking on Facebook and Twitter. His latest book is About Time: Cosmology and Culture at the Twilight of the Big Bang.