Accessibility links
Physics Vs. Philosophy: Really? : 13.7: Cosmos And Culture Has physics done away with the need for philosophy and theology? While the debate rages on, we might wonder if it's the job of science to deal with final questions. 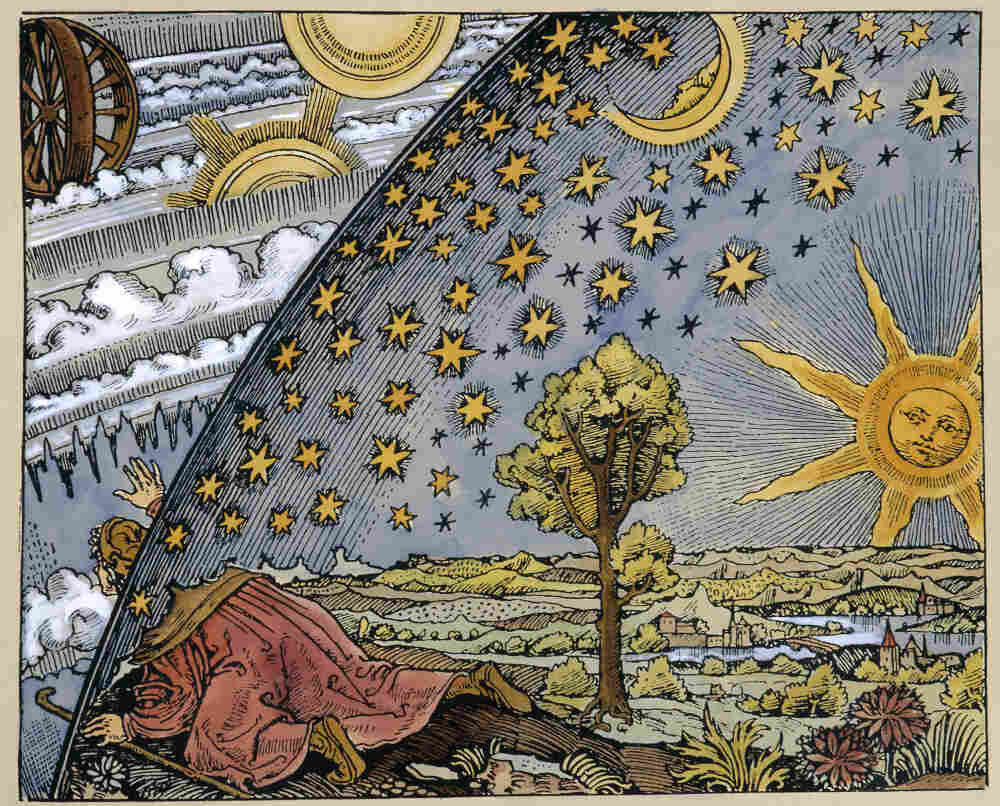 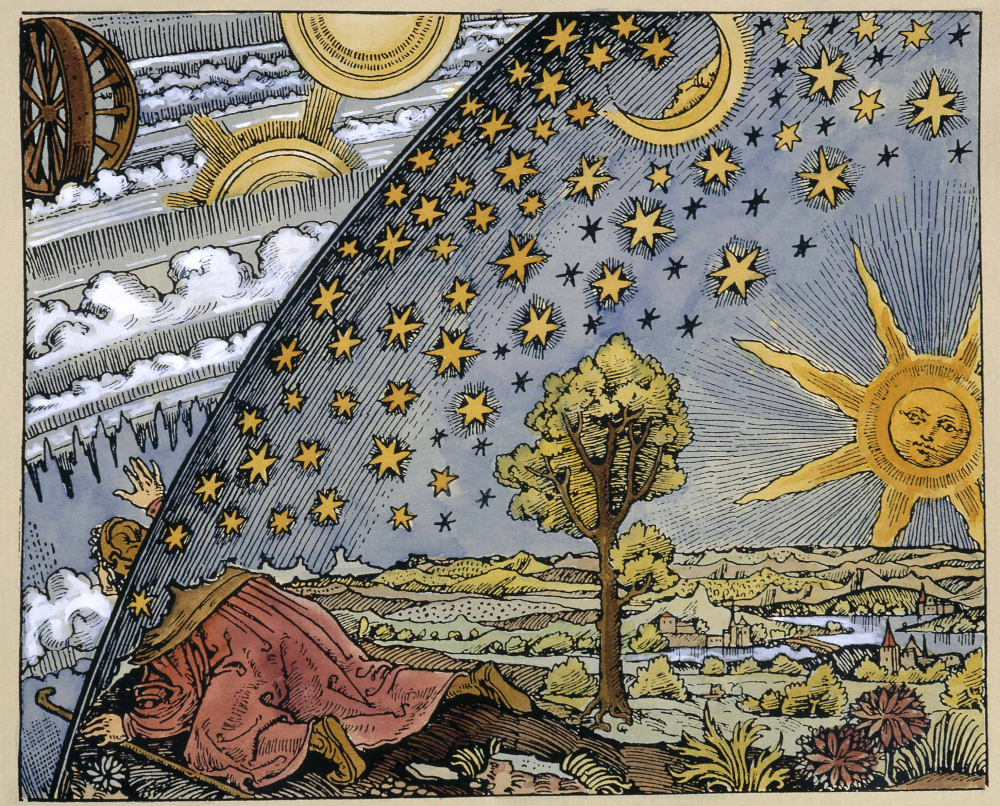 An unfortunate controversy has been unfolding the last few weeks over the relationship (or lack thereof) between physics and philosophy. Adam wrote about this yesterday, providing excellent context for the discussion.

What's all the fuss? Theoretical physicist, author and friend Lawrence Krauss has published a book titled A Universe from Nothing: Why There is Something Rather than Nothing. In it, Krauss explains how modern physics has been inching toward an explanation to what is, perhaps, the hardest question we may ask: the origin of everything. It is the oldest of questions. Creation myths are an essential part of all cultures, being a rich topic of study for cultural anthropologists and historians of religion. They define the values and traditions of the cultures that create them. It's not only the Bible that starts with a creation event.

Philosopher of science David Albert wrote a scathing review of Krauss' book for The New York Times questioning his understanding of the meaning of "nothing." Briefly, Albert claims that physics presumes the existence of fundamental fields in order to define nothing. Hence, it's not really nothing, but something.

There always has to be something for science to make sense of it.

Krauss responded in a blog interview with The Atlantic in which he decried (as he did in his book, and Richard Feynman and Steven Weinberg before him) philosophy and theology as useless wastes of time. Of course, such radical dismissal of philosophy brought in bitter and justified criticism. A few days ago, Krauss wrote a measured apology in Scientific American.

As I explained in The Dancing Universe, there are essentially two options to the riddle of creation: either the universe appeared at some point in time, or it has existed forever. All creation myths fall within these two categories, including the Hindu myth of the dancing Shiva, who creates and destroys the cosmos for all eternity: in an endless succession of creations and destructions none is more important than the other.

It is no coincidence that oscillating universes, eternal universes and universes with a beginning also appear in scientific models of our origins. The difference, of course, is that in science we can use data to distinguish between models, and thus decide for their usefulness.

The central question of creation is what is often called the "first cause." If we describe reality through a sequence of causations, tracing them backwards leads to the one that started it all. And what is that? This is where the plot thickens.

Creation myths, being pre-scientific explanations of reality, suppose the existence of entities that could transcend it, gods that function beyond the limits of space and time and the laws of nature. That essentially takes care of the problem, if you are satisfied with a supernatural explanation for the world.

Science, of course, is not. The central dogma of science is that nature is intelligible: with the diligent application of reason we can construct explanations of natural phenomena that can be tested and falsified. Within this framework, no explanation can be deemed final: as concepts and measuring tools evolve, so do our explanations of the world.

For Columbus, the cosmos was finite, Earth-centered and static. A hundred years ago, people thought the universe was static and that our galaxy, the Milky Way, was all there was to it. Fifteen years ago, few of us would imagine that the universe is undergoing an accelerated expansion. Scientific concepts evolve as tools evolve in an ongoing and mutually enriching two-way exchange.

So, if nature is intelligible, can science make sense of the first cause? This is the question Krauss addresses in his book and that has sparked the recent controversy.

Krauss is not the first one to write or think about this. In 1973, Edward Tryon, then at Columbia University, proposed that the universe could pop out of a quantum vacuum, just like pairs of particles and antiparticles can. This strange notion comes from applying the rules of quantum mechanics to the universe as a whole: close to the beginning, the entire universe can be thought as being a tiny particle, and thus must obey the laws of quantum mechanics.

Central to the concept of the quantum world is the concept of the vacuum. We think of vacuum as the absence of everything, or as nothing. In quantum mechanics, however, there is no such thing as complete nothingness: there is always a residual energy, which is called zero-point energy. We don't know what it is, and have serious issues understanding it.

For example, if we apply our current understanding of quantum mechanics to the universe, it should be filled with zero-point energy. So filled, in fact, that it wouldn't exist, having been forced to implode on itself right after the "beginning." To make sure this doesn't happen, we arbitrarily set it to zero or to a small value in our models. This conceptual challenge is sometimes called the "cosmological constant problem," and its resolution may shed light on the mysterious Dark Energy, the present culprit for the accelerated cosmic expansion. Or it may point us in a entirely different direction.

Much of the rift seems to be about final claims. Even if Krauss is careful in his explanations of what is known at present and what is speculative, the tone of his book is the typically triumphant tone that science will conquer all. This sort of attitude, even if exciting and inspiring, is difficult to justify.

Yes, we are making enormous progress in our understanding of the universe, and we can even conceive of models where the universe can be explained as a zero-energy fluctuation out of the quantum vacuum. But why not say just that, and not extrapolate this over to the much more ambitious and, as of yet, unjustified claim that science provides a solution to the first cause. Current experimental knowledge of physical processes remains some 15 orders of magnitude below the energies prevalent near the beginning.

Given that there is so much that we don't know, humility is at least advisable.

Science has done a wonderful job explaining many of the hows of the cosmos. But most people are not satisfied just with hows. They want to know why. In The Atlantic, Krauss states that "if you read my book I never say that we know all the answers, I say that it's pompous to say that we can't know the answers."

One could easily argue that what is pompous is to think that we can know all the answers. Or that it's the job of science to find them.