Accessibility links
Dreaming Big: How Yellowstone's Wonders Can Turn Kids On To Science : 13.7: Cosmos And Culture At Yellowstone National Park, the Earth growls, wolves prowl, bison roam and it's possible to go stand in a volcano's crater. Science bursts to life in Yellowstone. So how do we we tap Yellowstone's wonders to turn kids on to science?

Dreaming Big: How Yellowstone's Wonders Can Turn Kids On To Science

Dreaming Big: How Yellowstone's Wonders Can Turn Kids On To Science 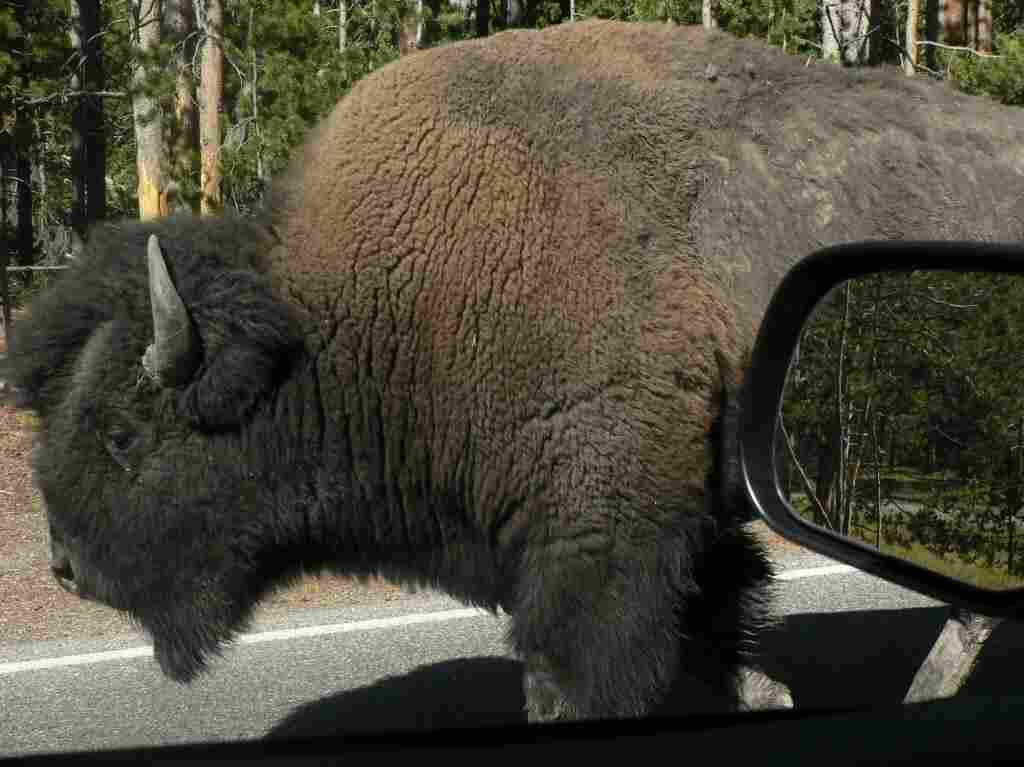 Up close with the wildlife at Yellowstone Charles F. Hogg hide caption 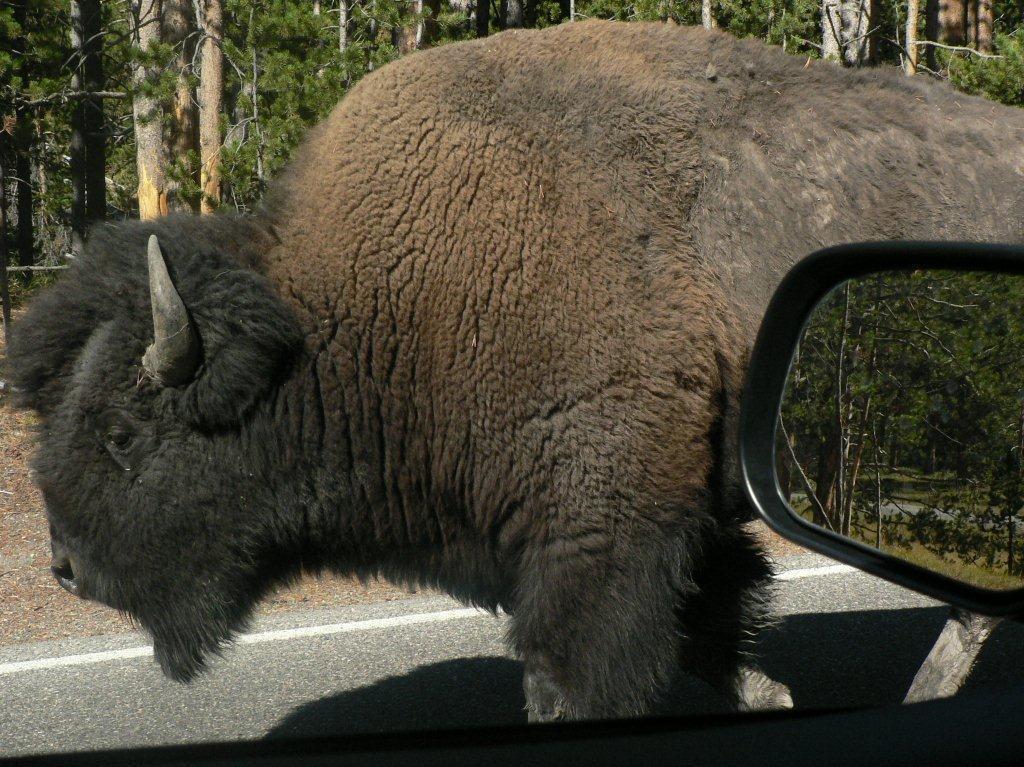 Up close with the wildlife at Yellowstone

Old Faithful geyser, erupting just about every 90 minutes: for many years, this geological icon, and the camera-toting tourists who watch its super-heated water spew skyward, constituted my mental imagery of Yellowstone National Park. Sure, I knew bears and bison wandered this pretty wilderness area, too. All very nice, but I was in no rush to visit.

Sometimes I can get things wrong. Really, really wrong.

Six years ago, I finally went to Yellowstone. I've returned twice and the region's beauty lingers in my dreams.

If I won some impossibly colossal lottery, I'd arrange for every school child in the country to visit the park, because Yellowstone is our country's premier science laboratory. It's all there: geological change on a massive time scale and ecosystem change on a smaller one — evidence of the outright gorgeousness of evolution at work in our world.

How can we turn kids on to science at Yellowstone?

*Study the Park's thermal features. Gaze at turquoise hot springs and listen to mudpots bubbling and geysers growling. The Earth is visibly unsettled at Yellowstone; it's extremely fun to learn what's going on. Speaking of extreme, don't miss the colorful microbial mats that border some thermal areas. Thermophiles may live there, like the famous Thermus aquaticus, a major player in genetic engineering and biotechnology since its discovery in a Yellowstone hot springs in 1966.

*Drive at dusk to Hayden Valley or Lamar Valley and watch the Yellowstone bison. Pick out a single animal, an active one like a big bull or a female with a young calf. Take notes on how that animal interacts with other bison for at least half-an-hour. I did just this (for a longer period and using a modified version of the focal-animal sampling technique my students and I use in our primate studies) on my last visit to the park. Observing a bull I nicknamed Glisten, I had so much fun that I blogged about the experience.

*While in Hayden Valley, check the roadside pullouts for wolf-watchers who set up spotting scopes on tripods. Wolves were reintroduced to Yellowstone in 1995, affecting the entire ecosystem. Most wolf enthusiasts with scopes are knowledgeable about the animals they observe and keen to donate some gazing time to anyone interested. With this method, I've glimpsed animals I'd never otherwise have seen — a beautiful black male wolf from Canyon pack, for example.

*Walk partway into the Grand Canyon of the Yellowstone, a 20-mile long gash in the earth that, in places, plunges 1,200 feet deep. The Canyon's origin is in a 600,000-year-old volcanic explosion. But its current form was shaped by melting of the last glaciers at around 10,000 years ago. Part of our great ancient Earth's history is written into this rock.

*Speaking of volcanoes, stand in a caldera! A caldera is a large crater formed in the aftermath of a volcanic eruption. A large swath of Yellowstone, in fact, is a caldera. The Yellowstone volcano is famous for having erupted at regular intervals, starting millions of years ago — and for scientists' knowledge that when it erupts again, life on Earth will never again be the same.

The visitor centers at the Canyon and Old Faithful areas both offer cool interactive exhibits that relate to these five activities — and many more.

If only all of our kids — from Minnesota to Maine and Alaska to Alabama — could visit Yellowstone at least once! That hope isn't realistic, I know. If this era is one of worry about our kids' scientific literacy, it's also one of strapped resources for many states, schools and families.

There's abundant and excellent material about Yellowstone available online, though, for teachers, parents and students. Fine examples are found here and here, and don't miss the science magazine devoted entirely to Yellowstone.

Given this broad accessibility, is it crazy to think that a "Science of Yellowstone" unit could become part of a national science curriculum? The expert voices of elementary and high-school educators, perhaps through the National Science Teachers Association, would be needed for implementing even a small pilot program along these lines.

OK, it's just an idea. But given the cost-effective resources available and huge potential payoffs, why not dream big for science?